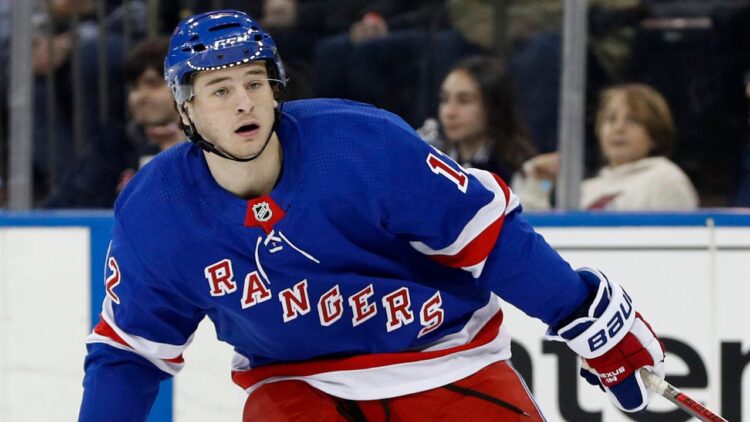 Oh the horror of Tarmo Reunanen being ranked a whole one spot ahead of Ryan Lindgren. Yes, I read the comments.

Reunanen is starting to come into his own. He had a breakout season in 2018-2019, and followed it up with a strong 2019-2020 season in Liiga. Signed to an entry level contract to secure his rights, the Rangers loaned him out to Liiga last year and he’s on temporary loan this year. It is expected that Reunanen compete for a spot on the roster this coming season. It can be argued that he may actually have the inside track.

Reunanen’s ceiling is a bit higher, as he has the potential to bring in that puck moving ability while being a strong defender in his own zone. He’s been a very strong producer in all three zones in Liiga. There will be a lot of eyes on him whenever the preseason starts.

The Rangers really wanted to get Morgan Barron out from Cornell, and they did just that. Cornell’s captain forewent (I think that’s the word) his senior season due to the unknown status of the NCAA this year to sign with the Blueshirts. Many have him penciled in as a bottom-six center this year. He’s just a strong player that should give the Rangers much needed depth down the middle.

It won’t be a disappointment if Barron needs time in the AHL. In fact, it’s expected. Penciling in Barron as a potential 2C is a bit ambitious, as he probably peaks as a 3C. With teams needing four legitimate lines and at least three scoring lines, you need strong role players like Barron.

What a leap for Lauri Pajuniemi. I have to admit I overlooked Pajuniemi in his draft year, but his 26-14-40 in Liiga last season sure did make me look silly. The Rangers were on to something when they took a kid who was already a mainstay in Liiga at 18 years old.

Pajuniemi is a very strong skater with a potentially elite level shot. He does all the big things well, but doesn’t shy away from the little things needed to win games. He’s another guy who is strong in all three zones, which is a theme for most of the prospects on this list. Pajuniemi remains unsigned, but likely not for long.

I like Julien Gauthier. I like the trade the Rangers made to get him. Gauthier is a big boy, but he’s far from a slouch on his feet. We saw in this short playoff run that he’s a very good skater with solid offensive instincts. Gauthier has improved in each season since his draft year, something that I’m starting to weigh more heavily in these rankings.

There were some comparisons to Rick Nash, but that’s probably his highest possible ceiling. Gauthier projects as a three-zone winger in the middle-six. I think this from my initial post on Gauthier sums it up best.

Willingness to get to high-percentage areas, a lethal shot, hockey IQ, and breakaway speed are four major traits that lead to future NHL success. It’s going to be a bumpy road. He’s going to make mistakes. But Gauthier looks like he is the real deal and will help solidify the middle-six in the future.

Zac Jones is a part of that tremendous 2019 NHL Draft that the Rangers had. He’s a supremely talented player who has the potential to be that top guy on the point in a few years. He’s already looked good at UMass-Amherst, putting up 3-20-23 in 32 games before having his season cut short.

Dobber Prospects has Jones potentially reaching top pairing potential if he continues his development path. He’s just that good. He may be a little undersized, but he’s far from weak. He will put on more muscle and the size won’t be a concern. Remember – Torey Krug is 5’9″, the same height as Jones.

The Rangers swung for the fences with Jones, and it appears to be paying off.