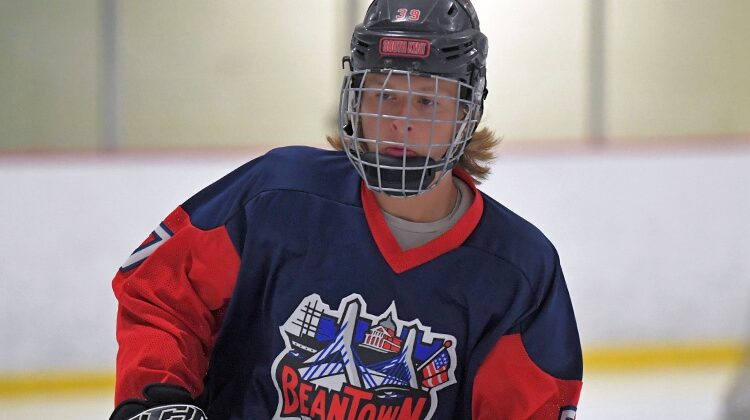 After covering yesterday’s honorable mentions, the often imitated but never duplicated New York Rangers Top 25 Under 25 begins with numbers 25-13.  To recap, the ground rules for this list are simple: To qualify for this list, a player must be under 25 years old. It doesn’t matter if this player is in the NHL, AHL, or in any of the leagues around the world. If they are Ranger property and under 25, they were considered.

As I mentioned with Lindbom yesterday, goalies are voodoo and almost impossible to predict success. Outside of Igor Shesterkin, the Rangers have a good amount of promising prospects, but none that are on that same level. Wall had solid numbers last season with UMass-Lowell, putting up a 2.09 GAA and a .921 SV%, his junior year. He will return next season for his senior year, and then it is likely he gets a contract with the Rangers following the NCAA season. Wall made the cut over Lindbom because his numbers were better, albeit in a different league. Again, goalies are voodoo.

Day drops again for the second third straight year, going from 10th two years ago to 24th this year. It seems like Day has been in the system forever, but he’s still just 21 years old, and last year was just his first pro season. Crazy, right? Day started the year in the ECHL before spending 46 games with the Hartford Wolf Pack to close out the season. He finished with a line of 3-11-14. Day barely made the cut over Lindgren, and it’s because I have a hard time getting past his exceptional status from a while ago. I admit I’m a bit biased here, but I’m optimistic that he will hold down a big role with an improved Hartford club and perhaps get a call up this season. Even though it is just his second season with the Pack, I get the feeling that time is running out for Day. The Blueshirts just have too many other big defense prospects coming through.

Huska drops eight spots, but as with most of the prospects on this list, it is not because of poor play. There were just too many solid prospects added to the pool since last year’s rankings. Huska gets the slight nod over Wall because the Rangers have already given him an ELC after his junior year, and he will play in Hartford next season. His numbers at UConn took a dip in his final year, but UConn was terrible. His numbers with Hartford weren’t that good either, but Hartford was terrible too. Brandon Halverson aside, the Blueshirts have done a good job with finding goaltenders, so I’m trusting the organization here. Clearly they value him and see potential.

Aaltonen is the first new player on the list, and boy did I love this pick when the Rangers made it. Aaltonen is a pure skater, and one of the fastest players in the draft.

NY Rangers pick Leevi Aaltonen 130th overall. One of the best skaters in the entire draft class. Just check out that acceleration and speed. pic.twitter.com/0b8ee7BhzD

Aaltonen put up 12-24-36 in 29 games in Jr. A in Finland, and has been a top performer in his bracket, playing above his age range. He plays in all situations, and should remind us of Carl Hagelin. It’s a good comparison, as Aaltonen’s individual skill, like Hagelin’s, is the knock on his game. Even with bad hands, his speed will carry him through the next levels.

Clearly I liked the 2019 draft. Jones just recently made the first cut for the USA World Junior Summer Showcase, which surprised some people:

Zac Jones can skate backwards faster than most players can skate forward, including himself. He is so effective positionally and can contribute offensively. He's an unexpectedly impactful player. Excited to see him improve even more at @UMassHockey this season. @NYRangers #WJSS

Jones is a swing for the fences kind of pick, with loads of skill and speed, especially backwards, apparently. He put up a whopping 7-45-52 in 56 games in the USHL last season. The concern during the draft was his ability to defend, but clearly that wasn’t a problem during the showcase. Jones is a guy that could rocket up these rankings very quickly.

The fact that Keane stayed in his 20th spot is impressive. Already signed to his ELC, Keane was seen as a sleeper pick across the board. He’s very well rounded, a great skater, and does all the little things well. He split his time with Barrie and London last season, putting together a season long line of 8-31-39 in 66 games, with 5 assists in 11 games in the playoffs. Keane isn’t spectacular in any one category, but he isn’t bad in any one category either. He’s just all around solid, and you need players like that.