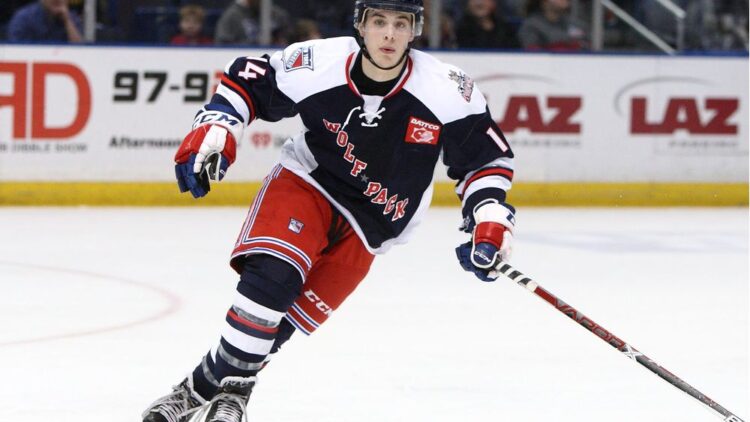 Often imitated, but never duplicated, the New York Rangers Top 25 Under 25 is upon us. The ground rules for this list are simple: To qualify for this list, a player must be under 25 years old. It doesn’t matter if this player is in the NHL, AHL, or in any of the leagues around the world. If they are Ranger property and under 25, they were considered.

This year is different. In the past, we’ve broken this into two parts, with the top-12 being one post and numbers 13-25 in a second post. However as I was compiling this list, I realized that I may need to add a third post for honorable mentions. Due to the sheer influx of talent from the trade deadline, the draft, and the rest of the offseason, there were too many names to choose from. There were a total of 47 players to rank from, and rounding out the top 25 of them proved to be a tall order.

But first things first, let’s review who no longer qualifies for this list.

These players were not factored into the 47 players to rank from.  The honorable mentions were players that barely missed the cut, or players that were on the top 25 last year but did not make it this year. For most of these players, it was not by any fault of their own, there were just better prospects added to the system.

Ronning makes the biggest fall this year, and is one of the only players on the list that fell because of his own doing. We interviewed Hartford Wolf Pack extraordinaire Ricky Milliner in January this year and mentioned Ronning’s fall from grace. To avoid re-hashing, Ronning’s inability to crack the AHL roster, forcing his demotion to the ECHL was almost entirely due to his inability to adjust. His frustrations boiled over and he tried to do everything himself. He played well in the ECHL, putting up 12-10-22 in 25 games, but his AHL numbers were abysmal. A new coach should help, but Ronning needs to get out of his own head if he wants to regain the sleeper pick status I had him pegged for.

Gettinger’s drop has nothing to do with his play. In fact, he was actually a call up to the Rangers this past season, skating in 4 games on the fourth line before being returned to Hartford. He put up a solid 14-13-27 as well. The drop, as mentioned above, is because there are so many other players that just rank ahead of him. Gettinger has great size and is a solid skater. He’s got a good hockey mind as well. He falls off the top 25 because he tops out as a bottom-six forward. It’s crazy when you think about it, a kid that has already received his first call up is an honorable mention. Wow.

Meskanen was an undrafted free agent signing from last year’s offseason, and he played pretty well in Hartford’s mess. His like of 12-22-34 in 70 games was actually 5th in scoring on the Pack. Meskanen has a lot of promise, but he’s also 23 years old already. That is still relatively young, but one more full season in the AHL puts him in Vinni Lettieri territory. It’s worth noting he wasn’t even a call up all year, with Gettinger, Steven Fogarty, Matt Beleskey, and Vinni Lettieri receiving call ups ahead of him. That was the major factor in Meskanen missing the top-25. He is one to watch though, and he could make me look foolish this year.

Lettieri is your prototypical AAAA player. He’s great in the AHL, putting up a line of 23-25-48 in 48 games. But it hasn’t translated to the NHL level yet. He will turn 25 in February, which is dangerously close to “too late” territory. The Blueshirts have a bad history with late bloomers (P.A. Parenteau and Jonathan Marchessault come to mind) but this doesn’t seem to be a case of late blooming. Lettieri has had holes in his game at the NHL level that get exploited. He’s competing with Boo Nieves, Greg McKegg, and Phil DiGiuseppe for the 12/13F spot this year.

This fall for Lindgren has nothing to do with his play at all. He could wind up being a solid bottom pairing defenseman for the Rangers. His style of play generally earns call ups pretty quickly – he’s a solid skater who throws his body around and is a big hitter. He already earned five games last season, but they were pretty rough. Not the best sample size, but worth noting. Also worth noting is that he was one of the few bright spots on the blue line last year after adjusting to the pro life. What really holds him back is his ceiling. He will likely get consistent playing time as a bottom pair defenseman at some point in his career, but he has very limited, if any, offensive upside. Without points on the board, we look to possession metrics to see how he fares on that side of things. Leaving Lindgren off will probably be the most argued with omission, but it’s within logical reasoning.

Lindbom falling off the top 25 is more about the progress of other forwards/defensemen in the system, and that goalie are voodoo. I couldn’t justify taking the other goalies in the top 25 off the list, and quite honestly I just don’t know enough about Lindbom to include him ahead of Tyler Wall or Adam Huska. In the end, this came down to Lindbom or Wall, and Wall had the better numbers last year. That’s really all it was. For what it’s worth, scouts seem to love Lindbom, but like most goalies, he needs time. Goalies are notoriously impossible to predict.