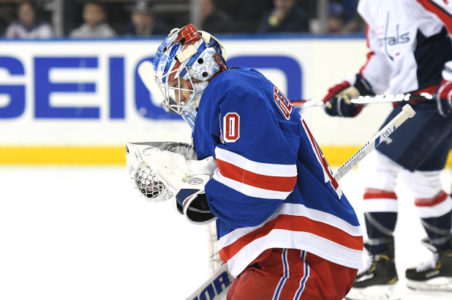 Over the week, we’ve been ranking the players that cracked the 7th annual New York Rangers Top 25 Under 25. As I wrote the first post, I realized I wanted to break this down into multiple posts because, for the first time in writing this, I have something to say about each prospect. In the past I grouped similar players together, but now there is so much to be excited for.

Reunanen has bounced around a lot in these rankings. He was 23rd in 2017, then he was an honorable mention last year, and now he jumps all the way to #14, by far the biggest mover on the list this year. Reunanen had a breakout season last year in Finland, putting up 6-19-25 in 58 games, leading his team in defensive scoring. The 21 year old wowed a lot of guys that I trust who follow the Euro prospects, and quite honestly that is good enough for me. He signed his three year ELC and will start in Hartford with a completely revamped blue line. Reunanen isn’t really a sleeper, but he’s a guy that might fly under the radar with other big names on the blue line.

Hajek surprised everyone when he was called up towards the end of last season and then played a very strong five games. He certainly did not look out of place, despite pedestrian numbers in Hartford, before he separated his shoulder in March. Five games is a very small sample, and his 0-5-5 line in 58 games in Hartford was not overly promising, but still he looked just fine out there. Hajek is penciled in for a 3LD role to start the year with the Rangers, with a clear opportunity to unseat Marc Staal as the 2LD. Next year is, for all intents and purposes, his rookie season, so expect growing pains.

What a start for Howden last year. What a terrible rest of the year for him. Howden still ranks high, although dropping three spots, because he still has promise. He really needs to improve his play without the puck, and that point streak we saw to start the season should level out and he will hopefully be more consistent. He has the tools, he just needs to put it all together. Let’s see how he rebounds after his rough rookie year.

What else is there to say about Georgiev? The kid went from UDFA to a time share with the best goaltender of the post-lockout generation. His .914 SV% in front of the worst blue line in the NHL last season just shows how much promise the 23 year old has. He will get more of an even split with Henrik Lundqvist this year, and with an improved right side of the blue line should put up solid numbers. The question isn’t about his talent, it’s about where his future is. He’s certainly nice “insurance” if Igor Shesterkin doesn’t meet the lofty expectations.