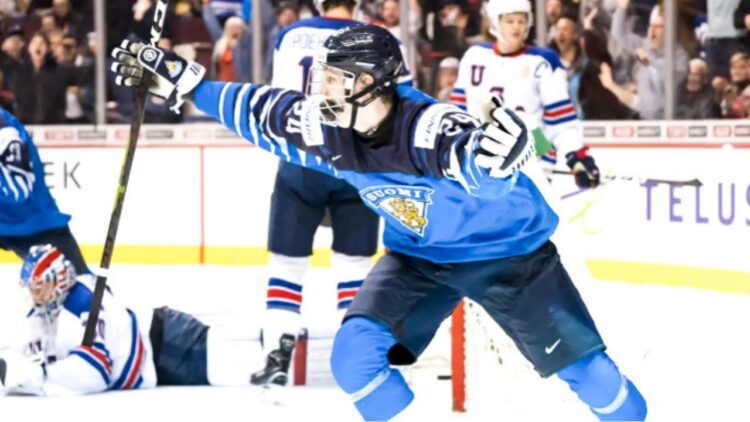 We are at the top five of this year’s New York Rangers Top 25 Under 25, and boy is it one hell of a top five. When a current 20 goal scorer in Pavel Buchnevich and the top scoring defenseman in Tony DeAngelo from last season don’t crack the top five, then you know it’s a great list. And that doesn’t even account for the potential top-four defenseman Adam Fox and a pair of first round picks in Lias Andersson and Nils Lundkvist.

The heir apparent, Shesterkin finally came over from Russia and will likely start his North American career in the AHL this season. Shesterkin owned the KHL last season, putting up a whopping .953 SV%, a 1.11 GAA, a 24-4-0 record and 10 shutouts. That’s just crazy for a 23 year old. There’s a reason why he’s been untouchable in trades. All this is before he gets to work with Benoit Allaire, the goalie whisperer. Now a grain of salt, as former Rangers goalie Magnus Hellberg also put up stellar numbers. Regardless, the Czar is likely to replace the King in the near future.

Miller absolutely crushed the Big-10 last season, his freshman year at Wisconsin. A physical specimen, Miller put up 5-17-22 in 26 games. This kid can skate like the wind, has great offensive and defensive instincts, and has tremendous vision on the ice. He’s far and away the best defense prospect in the system. I don’t know what else to say about Miller that you all don’t already know. I’d imagine the Rangers do everything in their power to get him over as soon as possible.

Kravtsov has actually flown under the radar a bit since Kakkomania hit. He has top line potential, but is more likely to be “only” a top-six forward. This is another tremendously skilled player who sees the ice well and excelled in the KHL as a teenager. He put up 8-13-21 in 50 games, which is impressive considering the best player on the team aside from him is…Ryan Stoa? Kravtsov might not crack the roster out of camp –I’m tempering expectations here– but it’s expected he plays a significant amount of time with the Rangers before the season is over. This kid would be the real deal if Kakko wasn’t the realer deal. If that makes any sense.

I had a tough time figuring out how to rank Kravtsov and Chytil. In the end, I chose to go with what I’ve already seen from Chytil at the NHL level, even in flashes of brilliance, over a still somewhat raw Kravtsov. Chytil put up 11-12-23 in 75 games with the Rangers last year. He had his struggles, but he had periods of utter domination. He’s slated to be the 2C this season, and better forward depth likely means a better chance for Chytil to meet that potential. He’s got middle-six/top line potential as well, like Kravtsov.

Kakko is the real deal and a bonafide top line winger. There isn’t much else I can add from his scouting report back in April. Although it would be nice if we kept expectations on Planet Earth. He’s not Connor McDavid, but he’s still a top line winger. His presence dropped everyone back a spot, and he hasn’t even played a game at the NHL level yet. That’s how good he is/supposed to be.