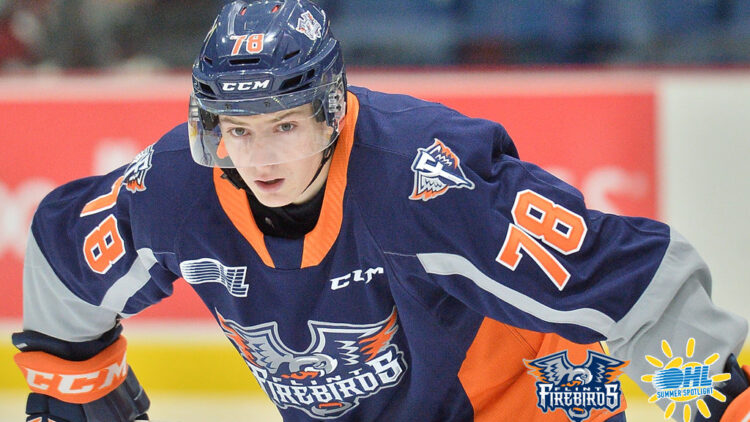 Let’s continue with the NY Rangers Top 25 Under 25, this time getting into those just outside the top-ten. To recap, the ground rules for this list are simple: To qualify for this list, a player must be under 25 years old. It doesn’t matter if this player is in the NHL, AHL, or in any of the leagues around the world. If they are Ranger property and under 25, they were considered.

Lauri Pajuniemi is still a dark horse to compete for a roster spot this season. He’s overlooked given some of the drama surrounding the bottom six, but Pajuniemi is coming off back to back 20 goal seasons in Liiga. The Rangers signed him this offseason after he leapt onto people’s radars. Pajuniemi has a fantastic shot and an ability to find open ice and get to the net.

Pajuniemi is a prospect that really divides some factions of the fan base. It’s hard to deny his offensive skill set, however whether or not that translates to the NHL remains to be seen. Some have questioned his skating and vision, while others mention those as part of his strengths. His two-way game is on par with what you expect from Finnish players as well.

At his best, Pajuniemi projects to be a middle-six forward. However will Pajuniemi be with the Rangers if he hits his ceiling?

Perhaps I am being overly optimistic on Will Cuylle, but this is a player that comes with a number of solid tools. He’s a big kid who is strong on the puck, but is also a very strong skater. His lower body strength makes him difficult to knock off the puck and elusive on the rush. He also has a very good shot. His 2-3-5 in 18 games with Hartford last year isn’t overly flashy, but the kid had just turned 19 year old.

The Rangers signed Cuylle in April have a strong showing in the AHL last season as a surprise add to the Wolf Pack. Last year was odd for prospects, but the Rangers saw what he was doing in a professional league and were impressed. The contract does speak volumes about how they feel about him.

Cuylle seems to be more of a safer prospect in terms of NHL value, but he does have a nice ceiling as a high end middle-six forward.

Brennan Othmann wasn’t the pick that some people wanted in the first round, but that doesn’t mean he was a bad pick. Othmann put up 17-16-33 in 55 games in his rookie OHL season before everything hit the fan. He’s a very skilled agitator on the ice in the Matt Tkachuk mold. That is a good ceiling for him, a kid that drops the gloves but is also a significant net positive on the ice with the production to match.

Some of the concern with Othmann is his skating, but again he’s a kid and there’s time to grow. Like Cuylle, I may be a bit too optimistic with Othmann, but given his ceiling and drafted spot, it was hard to place others ahead of him.

The Rangers really like Morgan Barron. They tried for a while to get him over from Cornell, and then when they finally did, the world shut down. Funny how that works. They view him as a center, which is good considering many thought he’d wind up on the wing. He likely hits his ceiling as a 3C in the NHL who also kills penalties. He’s just overall solid, with no specific skill that is elite, but none that are bad either.

What holds Barron out of the top ten is that ceiling. He just doesn’t have the top-six potential, or at least it doesn’t seem that way. Would love to be wrong here, but as of now, it seems he will be topping out as a 3C. Barron ranks higher than Karl Henriksson –who I incorrectly stated was the only center on this list, my bad– mostly because of proximity to the NHL. Henriksson is multiple years away from even getting to the AHL due to IIHF transfer rules.

Barron will see NHL time this season, so let’s see what he does with it.

I initially had Matthew Robertson behind Barron, but swapped them as I was writing the post. Both are pretty close to the NHL. And while neither is considered to be a top prospect, Robertson does have a higher ceiling as a top four defenseman. He’s another guy who is just solid in all three zones, is a great skater and a solid puck mover. Robertson doesn’t get mentioned as much because of Nils Lundkvist, Zac Jones, and Braden Schneider, but he’s still a legit prospect.

What holds Robertson back from the trio above, and what keeps him out of the top ten, is offensive upside. Robertson projects to be a smoother all around defenseman, while the other trio does that with more offensive punch. It may be splitting hairs with Robertson and Jones, but I do tend to lean on offensive upside as a higher ranking factor.