A look into Lindy Ruff’s tenure in New York 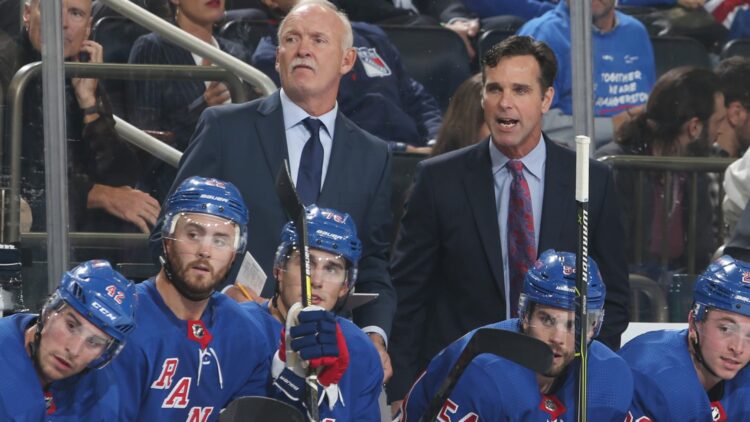 Last night, news broke that NY Rangers assistant coach Lindy Ruff would be heading across the river to be the head coach of the NJ Devils. To no surprise, this news came with much rejoice among Ranger fans. Ruff, in charge of the defense during his tenure, has been the whipping boy as the Rangers went from bad to worse to historically bad under his watch. It wasn’t without precedent, as the hockey systems Lindy Ruff ran didn’t produce stellar defensive results.

Ruff’s defensive issues prior to New York are well documented. When he was head coach in Dallas, his teams never finished higher than 19th in limiting quantity of shots (CA/60) or higher than 23rd in quality shots against (xGA/60).

Ruff’s reputation as a strong defensive coach likely came from his tenure in Buffalo where he had slinky-spine Dominik Hasek in net. In Dallas he had Kari Lehtonen. Major difference in success as well.

Ruff ran a 1-2-2 forecheck with a hybrid man/overload defensive zone system while he was in Dallas. That set him up perfectly for his next role.

Ruff was hired to be an assistant under AV prior to the 2017-2018 season. The Rangers were absolutely terrible defensively that season, allowing a league-worst 62.16 CA/60 and a 3rd-worst 2.94 xGA/60. This team was just visibly bad. 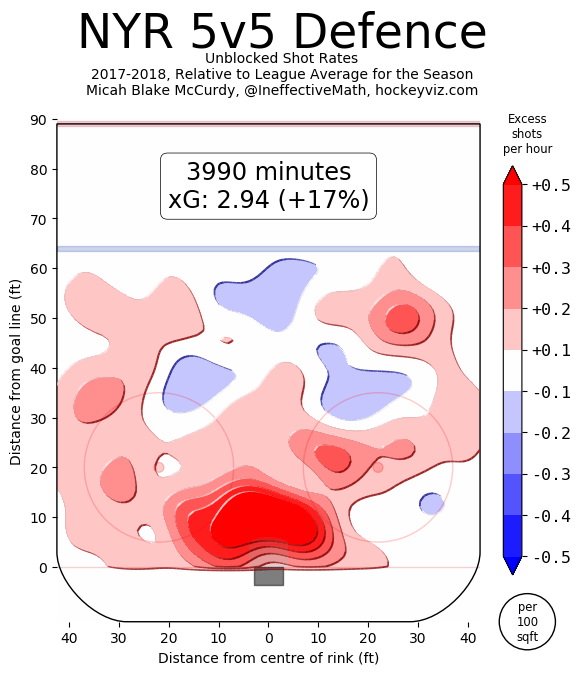 This visual shouldn’t shock you – the Rangers allowed by far the most shots in high danger areas that season. However let’s be fair to Ruff – it wasn’t his system. AV’s system was his downfall in New York, as the personnel did not have the necessary skill set to play that hybrid man/overload system.

Where Ruff was notably (per what we infer) in charge was on the defense pairings. Not like Ruff had much to work with, but he let his top two defensemen play a whopping game and a half together before splitting them up. The Staal-Pionk pair was left together far too long as well.

The results will only be as good as both the personnel and the coaching.

The Quinn era is a tale of two teams. The first is the rebuild team that started prior to his arrival through about December. The second team is the resurgent team making a playoff run.

That first team was even worse than that sole year with AV. Quinn’s defensive zone system focused on limiting high-danger chances by ensuring the home plate area in front of the net is covered. They accomplished this by sacrificing the blue line in favor of pushing a rusher to the outside. Again this is not on Ruff, it’s how DQ wanted his system to run. 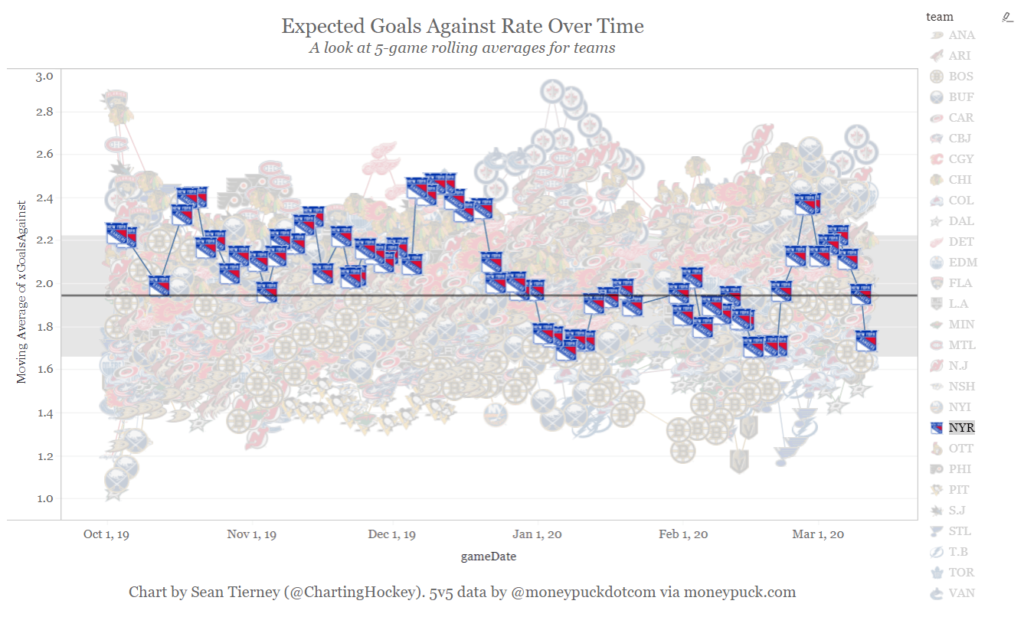 Personnel matters here, and that’s the rub on Ruff during the Quinn era. The Rangers are still weak on the left side, but let’s look at the timing of the Rangers’ run starting in December. The keys here are that Marc Staal and Libor Hajek were injured, albeit not at the same time. Both injuries resulted in Brady Skjei getting more ice time and the recall of Ryan Lindgren, pushing Staal down the lineup and Hajek out of the lineup. That huge dip in xGA/60 coincides with the injuries, and that is no coincidence.

This suggests that the Rangers actually lucked into their lineup choices. That’s fine – as long as the lessons are learned.

Ruff going to New Jersey doesn’t magically solve the flaws of the David Quinn system. The Rangers will still continue to give up the blue line by design. They will still have major issues on the left side of the defense where Brendan Smith is their second best LD. Lindy Ruff didn’t control the hockey systems or the personnel.

The key thing to look for will be what the pairs look like. Will there be adjustments? Will players who are playing poorly be moved down the lineup?

These aren’t questions that will be answered during this play-in series and/or playoffs. It will mostly be seen next season as a new coach makes adjusts. There is still a long road before the Rangers have an improved blue line performance.