Falk an upgrade on Eminger; Syvret means the end of Gilroy, Hamrlik 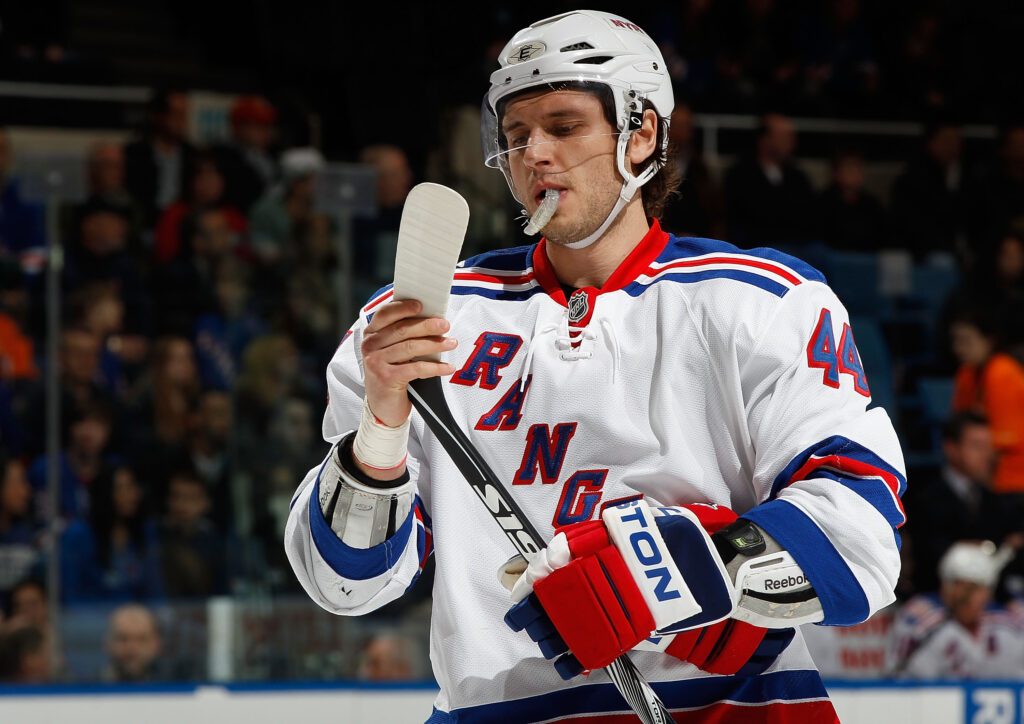 So long Emmy, it’s been fun (Photo by Mike Stobe/NHLI via Getty Images).

Over the past two days, Glen Sather has made two minor trades to acquire much-needed depth defensemen in Justin Falk from Minnesota and Danny Syvret from Philadelphia. Defensive depth was clearly an issue, as the Rangers were exploited against the Bruins without Marc Staal, and hopeless once Anton Stralman went down. They needed to address this, and they have done just that.

In Falk and Syvret, the Rangers get two young(ish) defensemen –both left-handed shots– who are on the cusp of cracking an NHL lineup. Falk has more NHL games under his belt, but both are capable of dressing in a pinch and holding their own. Neither is going to wow you, but they are certainly better than what we saw from Roman Hamrlik (or what we didn’t see from Matt Gilroy). It is likely that Falk and Syvret will mean the end of Hamrlik and Gilroy on Broadway. However, Steve Eminger is a curious case.

Eminger has been with the Rangers for three seasons now. He has been very versatile, playing top-four minutes some nights, and sitting in the press box on other nights. He did everything he could for the Rangers, and did an admirable job at that. He was everything that the Rangers needed from their seventh defenseman. However, it appears it is time for them to part ways.

While Syvret is likely the eighth guy (and the one that sends Gilroy and Hamrlik packing), it is Falk’s acquisition that made Eminger’s future clear. They both produce the same offensively (not much), they both are primarily bottom-pairing or seventh defensemen, and they both are called upon at the first injury on the blue line. However Falk is five years younger, which gives him an initial edge. But it is the metrics that really set these two apart. 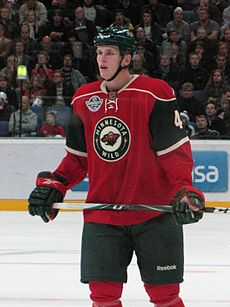 Falk’s metrics aren’t much to write home about (-.694 Corsi Rel QoC, 2.0 RCorsi, 47.9 OZone %), but they are significantly better than Eminger’s (-.784 Corsi Rel QoC, -8.5 RCorsi, 54.6 OZone %). All of Falk’s numbers are better, and he did this on a Minnesota team that was pretty atrocious at driving puck possession last season (16th in CF% and FF%). In fact, Eminger actually had the worst RCorsi on a Rangers team that was top-ten in both CF% and FF%, meaning they drove puck possession regularly.

It’s not just this season where Falk’s metrics looked better than Eminger’s either. In 2011-2012, Falk put up acceptable –albeit unimpressive– numbers (.197 Corsi Rel QoC, -8.0 RCorsi, 41.5% OZone), while Eminger’s 2011-2012 numbers were even worse (-1.580 Corsi Rel QoC, -3.4 RCorsi, 50.8% OZone). I admittedly do not watch much Wild hockey, so there’s some qualitative analysis missing from this, but the numbers show that Falk is the better player at this stage of their careers.

It appears we have seen the last of Eminger, Gilroy, and Hamrlik on Broadway; but the recent acquisitions of Falk and Syvret are clear upgrades –for their perceived roles– that filled a major hole on this team. The Rangers were severely exploited on defense once they faced more than one injury. This is one hole that Slats filled early this offseason.