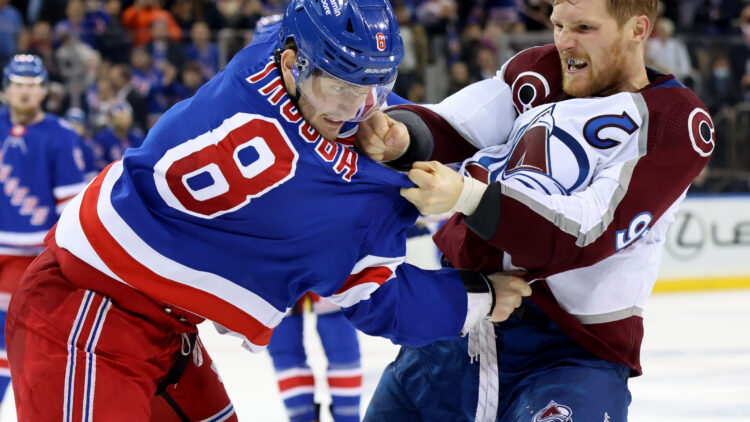 Per Arthur Staple (subscription required), the Rangers were set to name Jacob Trouba as captain before the season started. But a call was made “above Gerard Gallant” to go with six A’s instead of going Captain Trouba.

Or perhaps it’s as simple as Trouba’s no-move clause expires after the 2023-2024 season, and the Rangers will be looking to trade him then. It makes sense, given where the Rangers stand today with the cap, and their needs this offseason and beyond.