7 Thoughts From 7 Days: On Jack Eichel to the Rangers, and other options 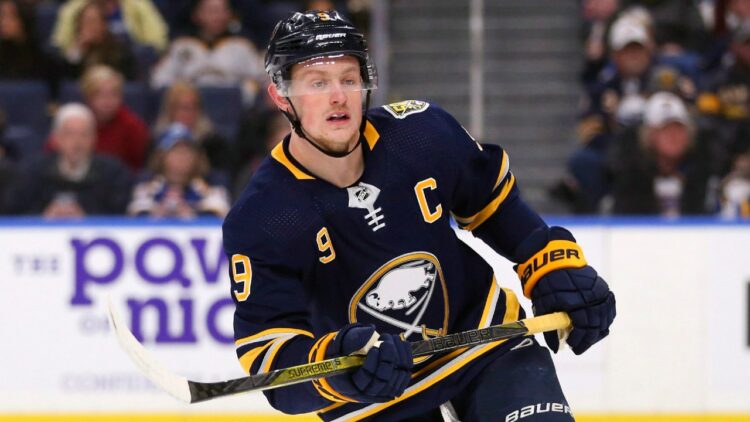 For a couple months, I’ve been piggybacking off Elliotte Friedman and our own Brandon Cohen on this weekly thought post. While I’d usually do these ad-hoc, I liked the idea of consistency and a common theme. This week, as the front office shakeup has already been covered, these thoughts will be about those Jack Eichel to the Rangers rumors, and what other options there may be.

As an aside: I’ve been toying with the idea of adding this weekly post behind a Patreon for a couple bucks a month. Figure $2 a month for this weekly post. You’d wind up, on average, paying about 50 cents a week for it. Let me know your thoughts on that in the comments.

1. It seems almost inevitable that the Rangers land Jack Eichel. This seems to be like the Rick Nash, where he was rumored to the Rangers for over a year before the trade was finally made. The Rangers made a real offer this past summer, and now are poised to make another offer. The difference? The cost may have come down. For starters, Eichel wants out. That may not hold as much pull as you might think, but remember Jacob Trouba wanted out and it only cost the Rangers Neal Pionk a mid-first round pick. The other thing is Eichel’s injury. Spinal fusion or cervical disk replacement surgery are not fun. Anything with the spine isn’t The latter is an experimental surgery as well. That will play a role in negotiations.

2. Another difference, per Elliotte Friedman, is the Rangers don’t have the #1 overall pick (yet). That was a big deal breaker, as it should have been. Assuming the Rangers don’t win the lottery, a first round pick this year will be in play. This is the year to trade a first round pick, as the consensus is that the draft doesn’t have that high end talent. There are still great options, but the depth just isn’t there. Plus, given all the assets in the pipeline currently, the Rangers can afford to deal a first round pick. This isn’t like other years where the Rangers had nothing in the cupboard. They have so many assets they are running out of roster spots.

3. Like Nash, Eichel will cost a lot, but likely not as much as we think. The premise that he will cost an arm and a leg is certainly valid, but history has shown that dealing the best player in a trade never nets fair value. Nash. Joe Thornton. Tyler Seguin. Never has a player netted fair value. This is where the trade proposals we see online falter. We think of fair value, but not actual value.

4. One thing to keep in mind if you’re Chris Drury, you don’t address a need at center by gutting center depth. Trading both Strome and Filip Chytil leaves the Rangers right back where they started. This is why I lean Strome and Howden while giving up the significant piece in Lundkvist or Schneider. Also replacing Zibanejad with Eichel doesn’t move the needle. Having them both does.

If I’m reading this right, I think the Rangers are targeting a 1-2-3 punch of Mika Zibanejad, Eichel, and Chytil. Even with Strome’s awakening the last two seasons, and I truly think he’s going to continue being good and a leader for a few more years, he still doesn’t seem to be in the future plans.

5. If (when?) the Rangers acquire Eichel ($10 million), and they intend to keep Zibanejad at around $8 million a season, then something else needs to give. The Rangers would be at $44.1 million in cap space between that duo, Artemiy Panarin, Jacob Trouba, and Chris Kreider. Given the flat cap, something else might need to happen with the roster to fit all that down the road.

I say “MIGHT”, and emphasizing it again, because in looking at the numbers, the cap space thing is very overblown. If my math is right, adding Eichel, subtracting Strome and DeAngelo, giving $6.5 million to Pavel Buchnevich, and then reasonable deals for the RFAs, adds about $19 million to their offseason cap space of $23.775 million. The following year with Mika ($8 million) and Adam Fox ($7 million?) and then bridge deals for Kakko and Kravtsov adds $39 million to their $47 million in cap space.

I honestly think the first potential issue is when Alexis Lafreniere is up in 2023, and that may be enough time to let other scenarios play out. It’s not perfect math, but it gets the point across.

6. One last thing on Eichel: I think the most important thing is his health. The drama with the Sabres denying his surgery sure is something. It doesn’t make sense that they would deny him even the spinal fusion surgery, yet they are. Perhaps they are just waiting to trade him so they don’t have to pay for the surgery? But wouldn’t that be covered by insurance anyway? That’s a full Q conspiracy theory, but given the Pegulas, I’d believe it.

7. If Eichel doesn’t happen, then the Rangers may look elsewhere at other center options. I know everyone likes Barkov, but unless something drastic changes, Florida isn’t moving him. A name that I’ve heard that intrigues me is Elias Lindholm from Calgary. This comes from the rumblings that Calgary is looking to make a big shakeup. Lindholm wouldn’t cost nearly as much as Eichel and is half the cap hit. Calgary’s direction is even harder to predict than Buffalo’s though, so let’s just chalk this up to me spitballing.

Another interesting option is off the grid a bit, and talking with LA about their center prospects. With Quinton Byfield, Alex Turcotte, Gabriel Vilardi, and Rasmus Kupari, they have a glut of middle-to-high ceiling centers. I’m not entirely sure what the match is there, but it’s a little outside the box thinking. Think along the lines of the Sergachev/Drouin trade.