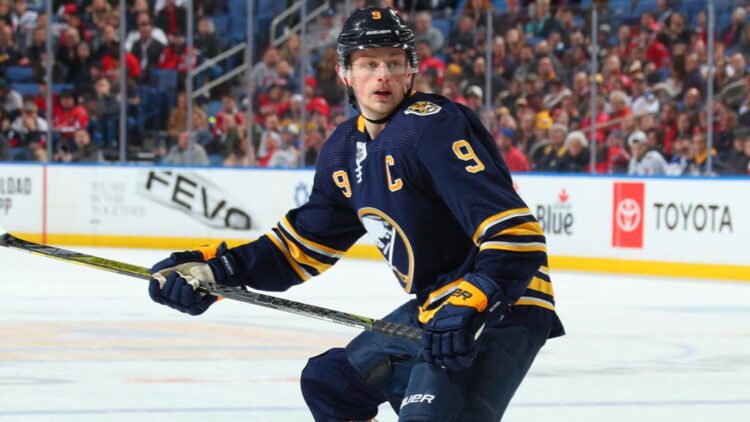 Per Elliotte Friedman’s 31 Thoughts, the Rangers are still the front runners for Jack Eichel. It seems that this is going the Rick Nash route, where he was always going to be a Ranger, it was just a matter of when.

There are rumors that the Rangers made a legitimate offer for Eichel last offseason, and this from Friedman just compounds it more. Per Friedman, the deal breaker was the #1 overall pick, which obviously isn’t in play this year barring another miracle. Plus add on that The Athletic also has the Rangers pegged as the front runner, and you have yourself deep, thick smoke.

Naturally, this will all depend on cost. If the cost is one of the “core four” prospects (Lafreniere, Kakko, Fox, Shesterkin), then I think it’s a no from the Rangers. Miller may be on that list as well. We all think it will be a king’s ransom. So it’s going to be funny when it costs the Rangers Howden, Reunanen, Strome, Pajuniemi and 2 1sts.