Adam Fox, fresh off his five assist performance last night, is an elite defenseman. And no, it is not too early to have this conversation. Fox is everything we hoped Ryan McDonagh could become at the height of his powers. Fox has not only impressed by the underlying numbers, but has been absolutely mesmerizing to watch this season from an eye test perspective.

From his ability to keep the puck in the offensive zone, both at even strength and the power play, and his ability to thread pucks through multiple defenders to wide open teammates, he has been tremendous in everything he does. There were moments last season where you could see the raw skill and hockey IQ. That was really just scratching the surface of what we are seeing from him in his sophomore season.

He is only 23, and that should scare any organization who plays the Rangers regularly. As far as his hockey IQ is concerned, it starts with his sense to know when to pinch and when to stand pat at the blue line. He also excels at deciding when to shoot, when to pass, and selling the opposite to defenders. He does all those things though in such a confident and different way that he just brings you out of your seat with every decision. We really are seeing the second coming of Brian Leetch all of these years later. 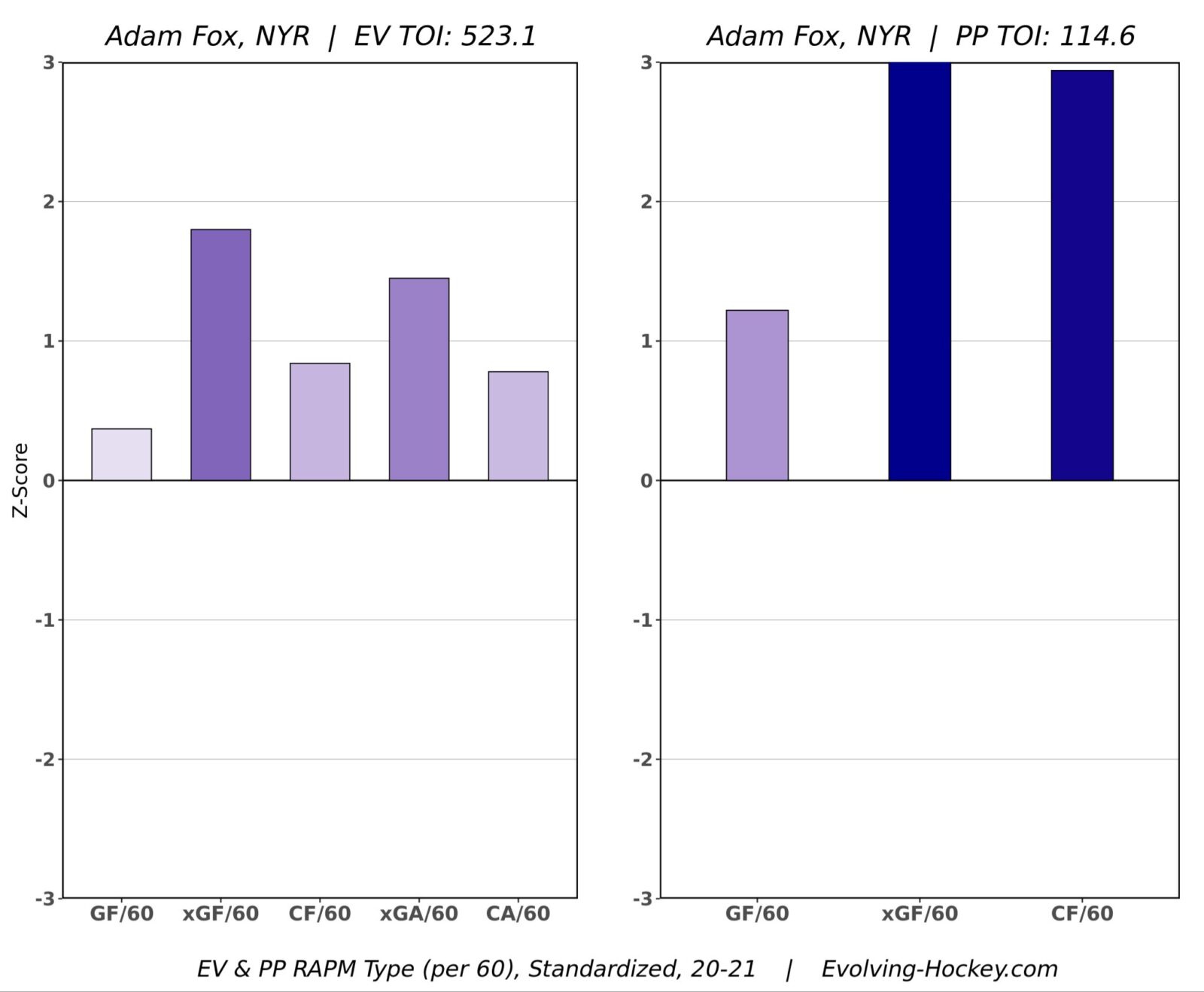 All of this shows up in his on-ice metrics. These are just a graphical depiction of how good he is on the ice. And we don’t really need them to see how good he is. His March has been nothing short of incredible for a defenseman as well. He has a line of 2-14-16 in just 12 games this month, including his current five game point streak. He’s averaging over 23 minutes of TOI per game too. He’s truly become the elite 1RD the Rangers have needed. 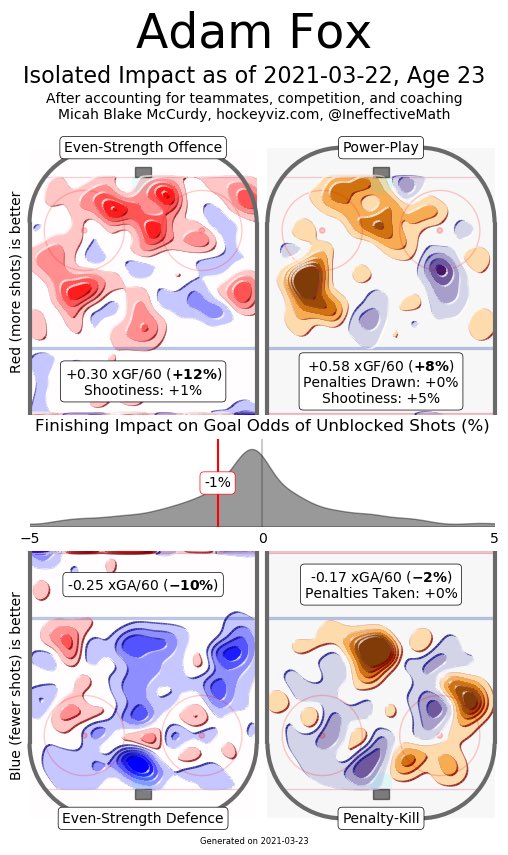 Fox’s isolated impact, taking away the quality teammates he’s been playing with, shows it’s not just those guys either. This is all Fox. He’s the play driver. He’s the one that makes everyone go. Adam Fox is an elite powerplay QB, taking that role and running away with it from Tony DeAngelo. He is a key part of the Rangers penalty kill, and he is a net positive in all situations when on the ice.

So why can’t this man get into the Norris conversation? Blame the fact the Rangers aren’t a contender. We really get to watch Adam Fox develop and blossom into a legit number one defenseman so early into his NHL tenure. Remember when people were upset that it cost two second round picks to get him in 2019? Man, were people ever silly.