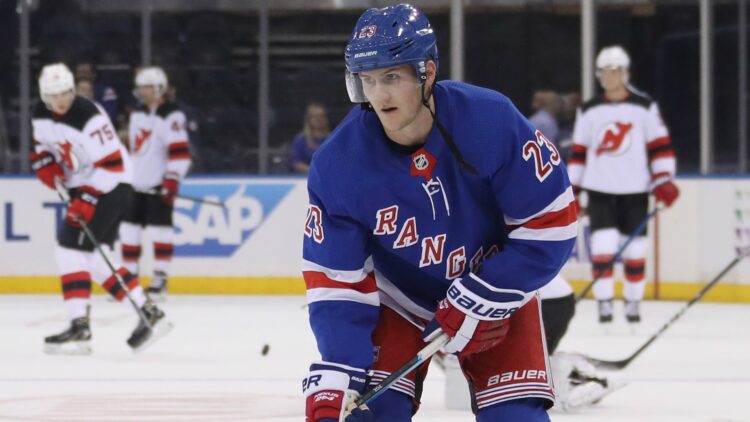 Adam Fox is easily the best Rangers defenseman, and it’s not even close. Yet when it comes to Norris consideration, Adam Fox usually isn’t even mentioned. In fact, just four days ago the NHL released it’s trophy tracker for the Norris, and Fox wasn’t on the list.

All due respect to the guys on this list, who are having great seasons (except for Doughty, but we will get to that), but it is concerning that it’s always the same names or the point totals that matter. Defense is such a nuanced position that more needs to be taken into consideration.

Fox doesn’t have the sexy scoring numbers, with just two goals and 16 assists this season. His powerplay production isn’t up there either, which checks out since the Rangers have had issues all year on the powerplay. But since when is the Norris just about scoring? Or checking off the same name (Doughty) because he had a good season here and there?

This is Fox compared to Doughty this season and over the last three seasons (two for Fox, obviously). There is no real competition here. Doughty isn’t Norris worthy anymore, yet he continues to get votes for…reasons? Guess it’s those seven goals and 25 points. 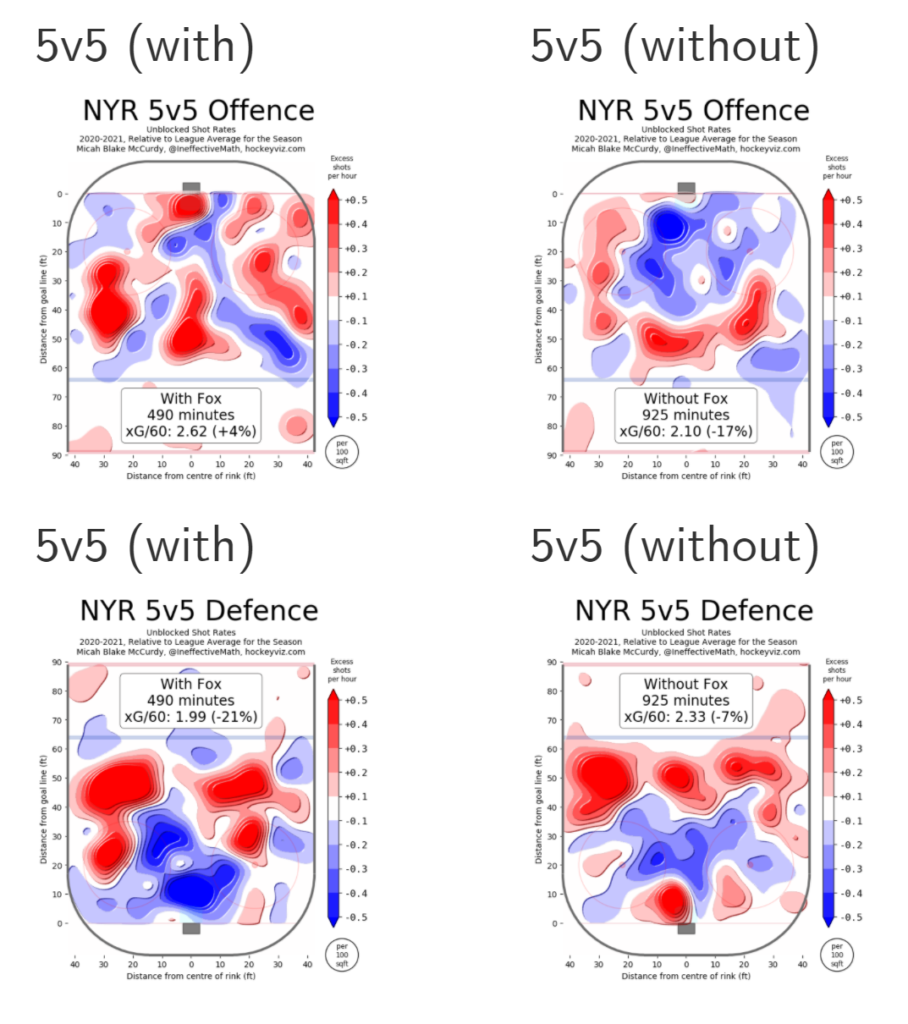 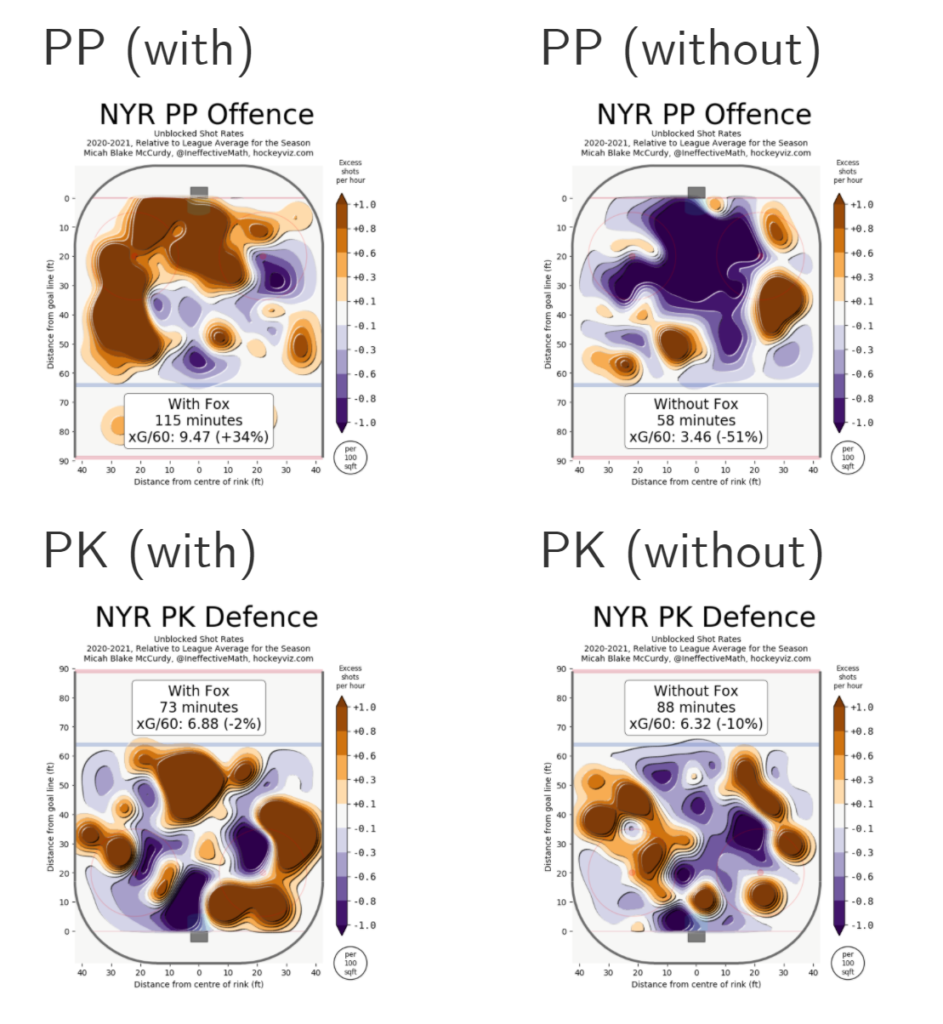 What is astounding is his impact on the powerplay. Yes, you’re reading that correctly. It’s a small sample size, but that is a net 85% difference in effectiveness on the powerplay with Fox on the ice. Part of this may be due to the powerplay units, since Fox is on PP1, but regardless that impact is unreal. Fox’s penalty kill impact isn’t nearly as pronounced, and you can actually see an argument that he needs to work on that aspect of his game. Again though, small sample size.

Yet despite this, Fox isn’t mentioned in any Norris competition. Even if he’s not a finalist, the omission from the conversation is ignorant at best. Adam Fox is one of the best defensemen in the league and deserves Norris consideration this year. And likely every season going forward.

Charts from Hockeyviz and Evolving-Hockey.