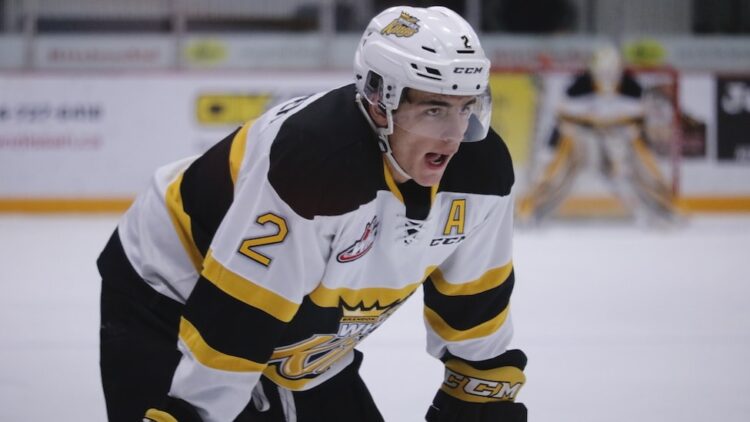 With so much going on over the past week, it was hard to sit down and provide grades on the 2020 NHL Draft for the NY Rangers. Everything came fast and furious, and there was little time for true analysis. Now that things are slowing down, we get to take a step back and review the draft in its entirety. Individual scouting reports will follow. Then the Eighth Annual Top 25 Under 25.

The Rangers took the best player available. Grade: A+.

The Rangers traded the #22 and the #72 to move up three spots to grab Schneider. The trade was market value, so that’s good. The problem a lot of folks had with this pick was there were other preferred players on the board. Connor Zary, Jacob Perreault, Brendan Brisson, and Mavrik Bourque were all there.

That said, Schneider is a solid player. He’s a RD, which again was scrutinized. But you don’t draft for need in the NHL The Rangers had Schneider high on their list, and messed with the Devils by trading up to take him. This wasn’t a reach pick either. He’s overall a good pick, if not what was expected. Grade: A.

The Rangers traded Lias Andersson to get a second round pick, and used it to select Cuylle. Cuylle was not the best pick here. However is not a Ryan Gropp. Cuylle is a much better skater and player than Gropp, so that’s an unfair comparison.

Cuylle is one of those players that projects as a “safe” pick as a power forward. He likely would have been around in the third round, so trading Andersson to get him seemed odd. If there’s a pick to question, it’s this one. He’s going to get NHL games because of his size. The question is, how effective will he be? Grade: C. Trade grade: B.

Tarnstrom is a playmaking center who sees the game well. He has to work on his skating, and he’s certainly a project pick. But the upside is there. The thing is Tarnstrom was a bit of a reach, and was likely to be available later on in the draft. He’s a good three zone player though. Grade: B.

Goalies are voodoo. The Rangers didn’t draft a goalie in the first 90 picks, so that’s fine. They are also very good at drafting and developing goalies. He’s apparently very highly regarded. Might be one of the best goalies in the draft. I got nothing else to go off of. Grade: A.

The Rangers nailed the fifth round, grabbing two high end skill players who slid way too far in the draft. The Blueshirts traded a pair of 7th rounders (#196 and #206) for this pick, which itself is a great trade. Vierling broke out this year with Barrie. He projects out as a skilled middle-six center with some bite to his game. He sees the ice well and has some solid skill. He’s a project, like all picks this late, but this has some tremendous value: Grade: A. Trade Grade: A.

Not Bryan’s kid. He’s another guy that slid way too far and shouldn’t have been available this late. Berard committed to Providence College, and is one of the the better skaters and defensive players this late in the draft. He’s got high end skill as well, and, like Vierling, is a true three zone player. The Rangers really nailed this round. Grade: A.

Rempe is about 14 feet tall, give or take. That’s about it. The Rangers have this infatuation with big guys. He’s a big swing with a low probability of hitting. But the dude can skate and has good hands. You never know. I like the fact they swung, even if he’s a giant. Major project pick. Grade: B-.

Goalies are voodoo. Ollas is Rempe’s size. The Rangers, in the year they bought out Henrik Lundqvist, drafted a Swedish goalie in the 7th round. I got nothing. He hasn’t played that well so far this season. But goalies are voodoo. Grade: C.