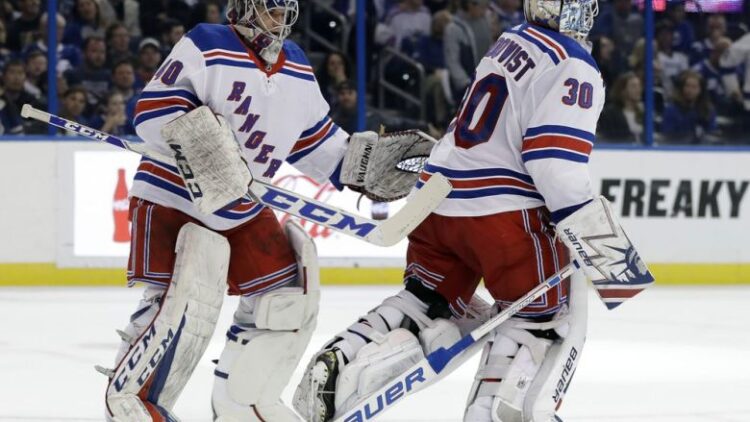 A flat salary cap for the next few seasons has been a given because of COVID-19. It’s going to have ripples across the league as teams adjust and player contract estimates come down. While there had been hope of amnesty buyouts, something that would have helped the NY Rangers, it looks like that hope is gone.

Told that the subject of amnesty buyouts has barely, if at all, been part of the conversation. So don't expect that to be part of the proposal/agreement.

The Rangers are no different, as the lack of additional cap space will certainly alter their plans for the offseason. This is something we touched on in May, but given the news it felt like the right time to go into more detail.

Smith is the easy one to discuss. Smith will be due a signing bonus of $1 million at some point before next season starts. He also makes just $2.35 million in salary on his $4.35 million cap hit. That has a decent chunk of value around the league.

I’ve been beating this one to death, but the logical destination is Ottawa. The Senators are going to need to get to the cap floor somehow, and they prefer to do it without spending too much money. Spending close to 50 cents on the dollar for Smith makes too much sense here. Remember that Smith still has value on the ice

The wrinkle is Smith’s no-trade clause. It’s not a full NTC, it’s a 10-team NTC.

Strome’s contract estimates are pretty high for a long-term deal. He’s still estimated to get about $6 million on a five year deal, or $7.4 million on an eight year deal. The rest of the estimates vary, but those are the two most likely scenarios, per Evolving Hockey.

The Rangers cannot afford that long-term. They can make it work for next season, sure. But in those four years following, contracts are due for Mika Zibanejad, Pavel Buchnevich, Filip Chytil, Kaapo Kakko, Tony DeAngelo, and many of the highly touted prospects coming down the pipe. With money already committed to Chris Kreider, Strome’s days as a Ranger appear to be numbered.

And before you ask, no it doesn’t matter if the Rangers trade Lundqvist – this issue extends four years beyond Hank’s contract.

Speaking of Lundqvist, he’s a popular fan-driven amnesty buyout target for the NY Rangers. Yes he’s up there in age and salary, and yes Igor Shesterkin is the future. However there is now minimal to zero trade market for an $8.5 million, 38 year old goaltender. Even at $4.25 million, there won’t be much market for him.

The Rangers have two options – ride it out for one year or buy him out. A buyout saves them $3 million next season, but costs them $1.5 million the following season. Neither season is a big concern for the Rangers from a cap perspective*. Both are legitimate options.

A decision with Alex Georgiev will be needed. He’s going to be traded, it’s just a matter of when. What the Rangers do with Georgiev will impact Lundqvist.

*-Believe it or not, the Rangers don’t have that many cap concerns for 2020-2021 or 2021-2022. It’s when Zibanejad’s contract expires that the Rangers have issues. The planning for that begins now, as noted with Strome.

No amnesty buyout, no traditional buyout. Just one year at $5.7 million. This will likely ride out.

This one is painful. Fast is estimated at a $3 million deal over 3-4 years. He’s a salary cap luxury at that price. The issue wouldn’t be the first two seasons, it would be the third season when Zibanejad’s contract (and Kakko’s) ends.

Fast is a useful player who seemed to find chemistry with Strome and Artemi Panarin. But the facts remain that eventually (probably?) Kakko and Vitali Kravtsov will become top-six wingers, moving Fast down the lineup. He’s a great depth player to have. Is he worth $3 million over 3-4 years? That’s a tough question.

Naturally this was going to come up. Since last offseason, DeAngelo had been penciled as the odd-man out with the Rangers committing to Trouba and trading for Adam Fox. The fact is that a $5 million 3RD, no matter how many points he puts up on the powerplay, is a salary cap luxury.

DeAngelo is the Rangers’ most valuable trade chip this summer. But he also has significant value to the Rangers if they make the commitment to move him to the left side. Put him with Trouba on the top pair and leave the surprisingly successful Fox/Ryan Lindgren pairing together, and the Rangers have a formidable top-four.

It’s either move him to the left side, or deal with a salary cap luxury that may have serious implications down the road.