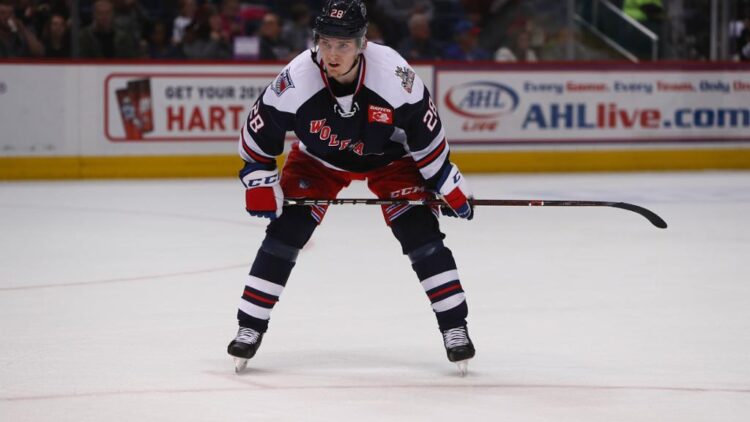 Despite there being a thawing in the relationship between the NY Rangers and Lias Andersson, Andersson will not be joining the Rangers for this year’s playoffs camp. Andersson will remain in Sweden when NHL’s Phase 3, which includes training camps for teams, begins in July. As per usual, I have some thoughts.

1. This does not mean that the relationship isn’t thawing. John Davidson, who has been spear-heading this along with David Quinn, respects his decision to stay home. Lias insists he still wants to be a Ranger. If we are to take Lias’ and JD’s words at face value, then there is more at play here than just a simple invite to camp.

2. It’s important to restate that Lias left not because of just one thing, but multiple things. His own father said he was going to force him to go home to manage his emotional issues, and stated multiple times it had nothing to do with playing in the AHL. There was the foot injury. The overly publicized ice time came into focus. He was a kid that had no support system –the Rangers have a notoriously bad history in setting up support systems for their prospects– in New York or Hartford. This is a lot to handle, and his mental health does come first. He’s not a “head case,” he’s just a kid transitioning to being an adult. Picture yourself at 20 years old, going to live alone in a different country. You’d struggle too.

3. Andersson has been playing well in Sweden, getting his game back together while also learning how to manage his emotions. This is a critical step in coming back to the Rangers and competing for a spot, possibly as soon as the 2020-2021 season. This is a rebuild, and taking the long haul approach is just as important as creating a winning environment now. With Lias, it’s about getting him ready to get back to North America and compete for a spot.

4. The Rangers very clearly rushed Andersson. The numbers suggest he actually could have been a decent fourth liner, and we’ve documented numerous times that Andersson has, at the very least, performed at a Brett Howden level despite playing with far more inferior players. Given how bad Howden has been for two seasons, maybe next season is when Lias cracks the roster. Especially given how Ryan Strome might price himself out of New York.

5. There are also unfair expectations from the fans. He’s a 7th overall pick. Great! The problem is that outside of the top-six in that draft, there were no “guarantees.” The Rangers gambled on Filip Chytil as well, but luckily hit there. The rest of the top-ten is a hot mess from 2017. Yes, that includes Casey Middlestadt, who struggled mightily this season before being sent back to the AHL.

6. All that said, Andersson is likely going to get a fresh start somewhere in a trade this offseason. I can’t imagine the Rangers continuing down this road. Jesse Puljujarvi, disgruntled in Edmonton, is always the rumored target. Both Andersson and Puljujarvi have played well since returning home to their respective countries. I don’t think that is a straight-up trade, but the framework is certainly there.

7. Going to reiterate this – there is fault on both sides. It is natural for us to put blame on Lias Andersson for not joining the Rangers for the push for the playoffs, but let’s take a step back and realize there is more to this than any of us know.