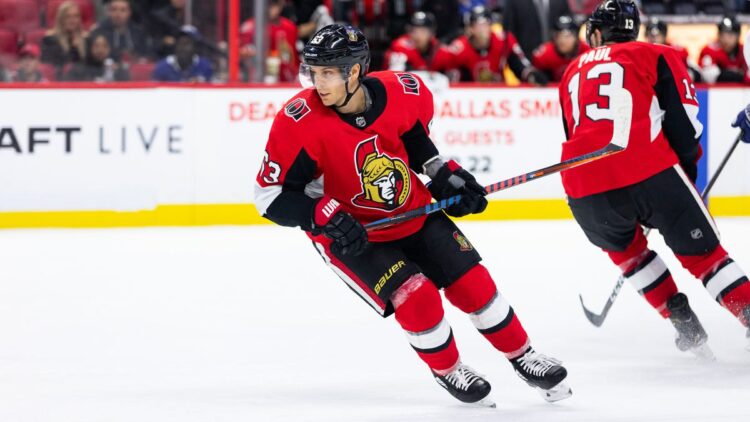 Note from Dave: I know we are all frustrated by this lockdown. Tempers are boiling over in the comments, and that’s understandable. Disagreement is fine, and given the situation, I’m actually not going to remove political comments. However there are two things I will not stand for:

It may seem unthinkable, but there is a strong possibility the New York Rangers and Ryan Strome part ways this offseason. The potential for a flat cap will have a ripple effect, and the numbers suggest that FIlip Chytil can take the 2C role and succeed. The flat cap means the Rangers need to spend wisely, and $6 million for a 3C Strome, if and when that happens, is a major risk.

If the Blueshirts do go ahead and trade Strome, then they will need to sign a 3C to fill the gap. With the expansion draft coming, the UFA market is going to be filled with two year deals. The key is finding a UFA that will produce beyond their contract. The list isn’t overly attractive though.

Worth noting that Brett Howden is obviously in the discussion for 3C, but there needs to be a massive improvement made. He also may be better off on the wing.

This was actually inspired when I saw Rob’s tweet, referencing a Blueshirts Breakaway podcast tweet. It’s actually where I got the idea for this post. Thanks guys.

Spezza is interesting, and let’s get this out of the way: If you’re expecting prime Spezza, look elsewhere. Spezza is not a 90-point guy anymore. He’s a 30 point guy, but as the 3C you aren’t signing him to put up crazy scoring totals. You’re signing him for what he does away from the puck: Drive possession and limit chances against, both better than league average.

Adding to this:
1) Via @EvolvingHockey, Spezza's projected 1-year deal cap hit would be $1.1M.
2) He's done well in his transition to the bottom six, limiting shots/chances against and providing value on the PP.

After spending his entire career in Minnesota, it looks like Koivu and the Wild will part ways. Like Spezza, Koivu is no longer a big point producer, but the 37 year old is also about a 30 point guy. The question again though is how he performs without the puck in a depth role. 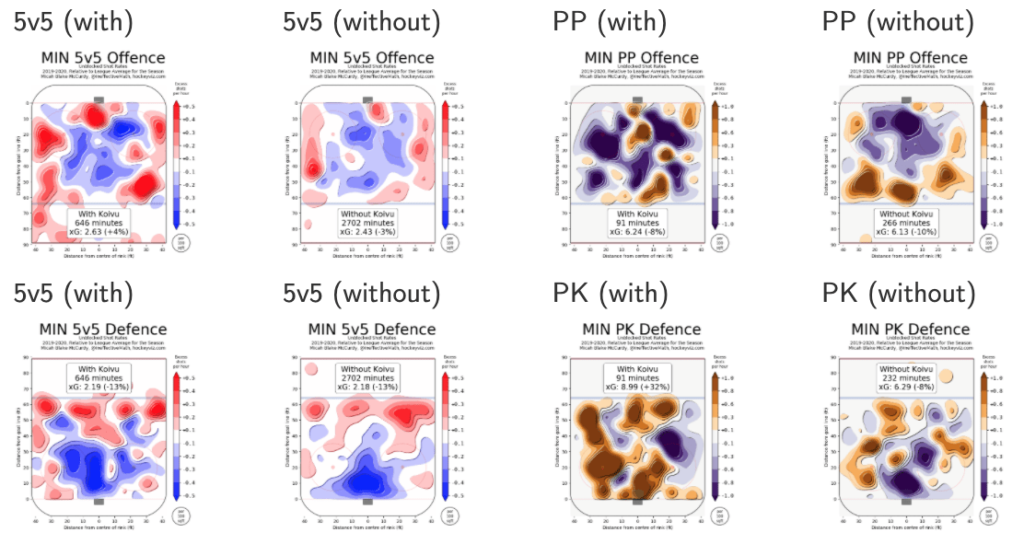 Last season Koivu still drove offense better than league average, and at the very least held his own defensively. The concern here would be on the penalty kill, where Koivu had a significantly negative impact on the Minnesota PK. This is easily avoided by not using him on the PK, but in the NHL reputation trumps results.

Koivu, like Spezza, has a big difference in expected salaries for one ($2 million) and two ($3.3 million) year deals. Preparing for the expansion draft is important, but not at a 50% increase on the contract.

Getting into the younger guys, Ennis had a pretty decent year with Ottawa. The 30 year old forward (he plays all three positions) put up 16-21-37, yet is always considered a bargain because of his size. The guy had an $800k cap hit this past season. Well worth it for 37 points. 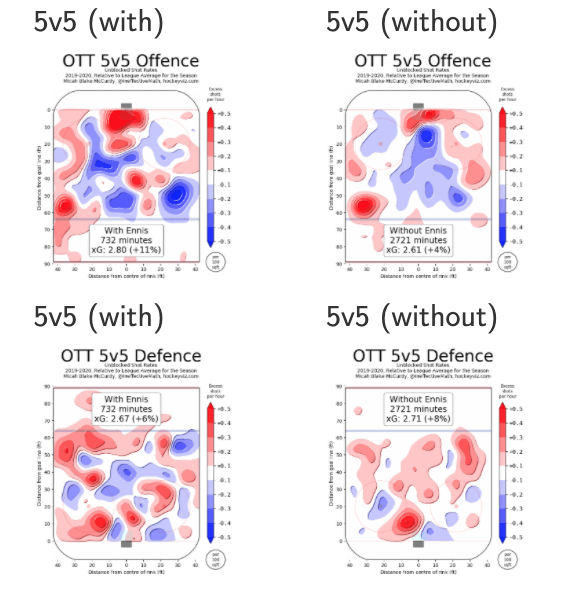 Ennis’ impact with Ottawa needs to be taken with a grain of salt since the Senators were terrible. That said, he did drive offense and wasn’t a huge liability on defense. Ottawa was definitely a worse team when he wasn’t on the ice. The above definitely lines up with his career averages, so that’s worth noting.

Ennis is the first player where a two year deal isn’t too risky, likely because he’s not 37 like the other two. EW has him at $1.4 million for one year and $2.5 million for two years. If the Rangers go the UFA route to fill a bottom-six center role, this is the preferred route.