A quick look at Brett Howden on the wing 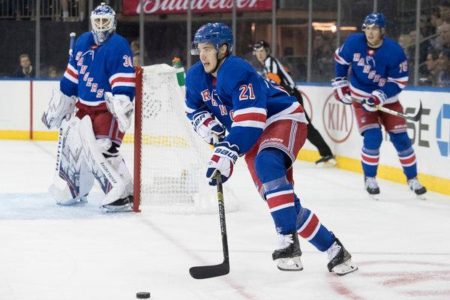 One of the first big coaching decisions coach David Quinn has made with his young roster is to move Brett Howden from center to wing. This first happened in Game 35 against the Ducks, and Howden has stayed there since. It’s a move that I had speculated needed to happen over the summer, and with his struggles defensively, taking away some of that burden was the smart move.

Since that move 11 games ago, Howden has visually appeared better and more comfortable. He’s certainly less noticeable in the defensive zone, which is a compliment all things considered. His xGF% on a game-by-game basis has fluctuated wildly from a high of 83.86% against Anaheim in that first game to a low of of 1.05% against the Hurricanes two games later. That doesn’t necessarily tell any story though, just the highs and lows. There’s obviously more here, even if it’s just 11 games. 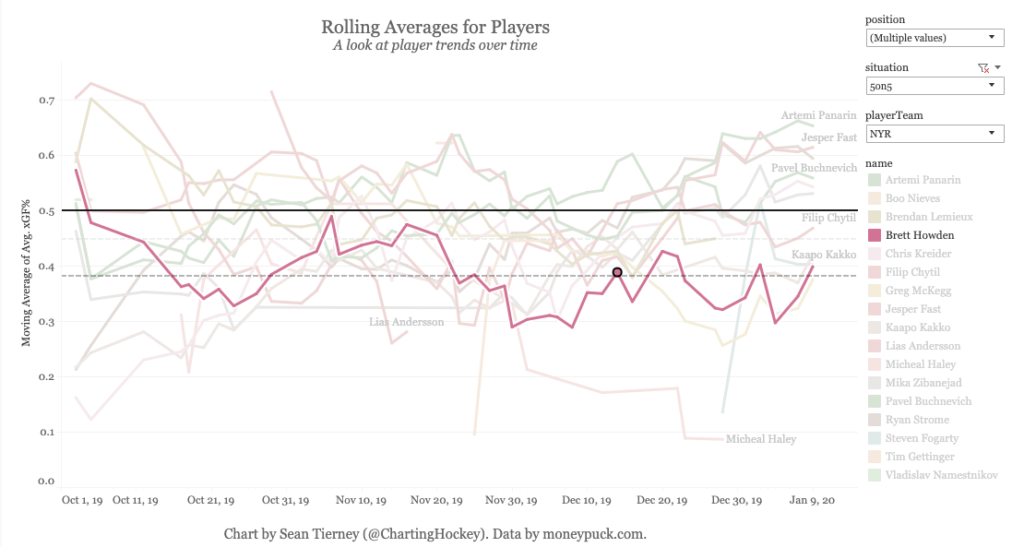 His rolling xGF% is just that, rolling. The 12/14 game is the dot on the line. There’s no real sign of improvement, but he’s at least up from his valley at the end of November. It’s only 11 games so this is a very early analysis. This is also a comprehensive look at his offensive and defensive impact, so perhaps it’s best if we separate out the offensive impact, since the defensive impact is a work in progress for both player and team. 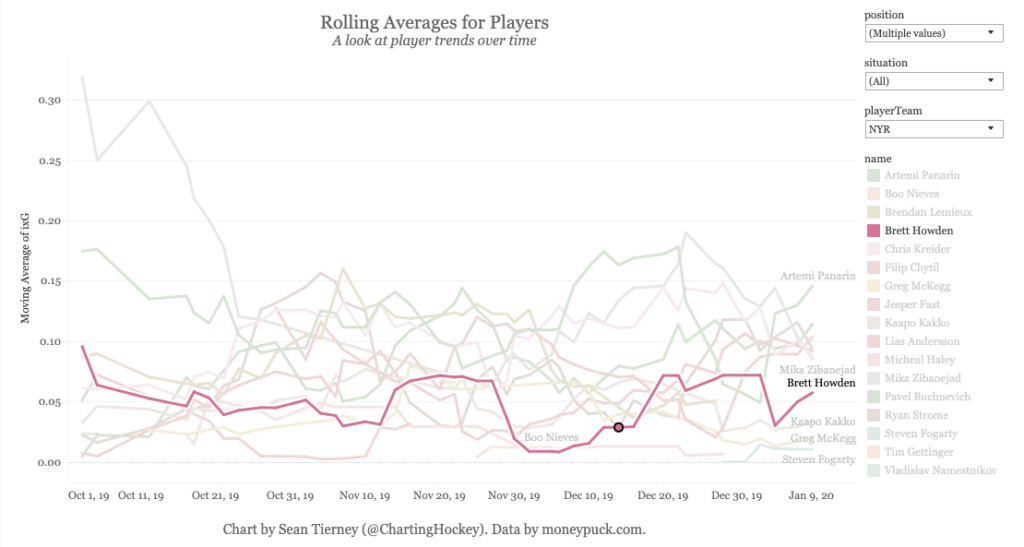 His isolated expected goals for is shown here, again with the 12/14 game noted by the dot. There was a huge uptick at the initial start of things, with a big drop off in the 1/2 game against Calgary. Bad games happen, and that was a huge drop off, but at least offensively Howden appears to be finding his game. 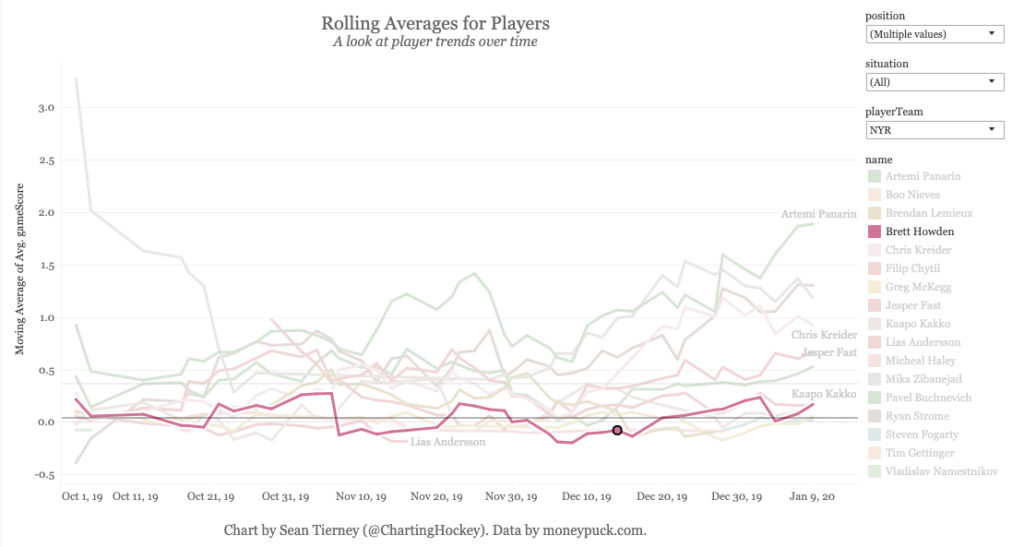 One last item to look at is overall game score, in which Howden has been trending up since the move to wing, another positive sign. His isolated offensive impact is, at the very least, starting to drive better overall play. Still a small sample size, but optimism for the win!

The move to wing was a needed move for Howden to simplify his game. The immediate returns aren’t Earth shattering, but any small improvement is a good one for another player that was considered a lynchpin in the Ryan McDonagh trade. There’s still a long ways to go, but at least the Rangers may be able to salvage something here.