Continuing with our midseason grades (top-six, bottom-six, defense), let’s take a look at the goalies. This is the only position, as of Game 41, that wasn’t a revolving door. It’s amazing how everything changes in two days, with the Rangers now carrying three goalies and Alex Georgiev being a healthy scratch for two days.

The generational talent is nearing the end of his contract, but it may not be the end of his career. Hank has been the focus of a lot of hate for….reasons? His blanket GAA (3.10) and SV% (.910) numbers aren’t anything special on the surface, but then you remember how historically bad the Rangers were to start the season, and then the numbers need more context. We need to factor in quality and workload. 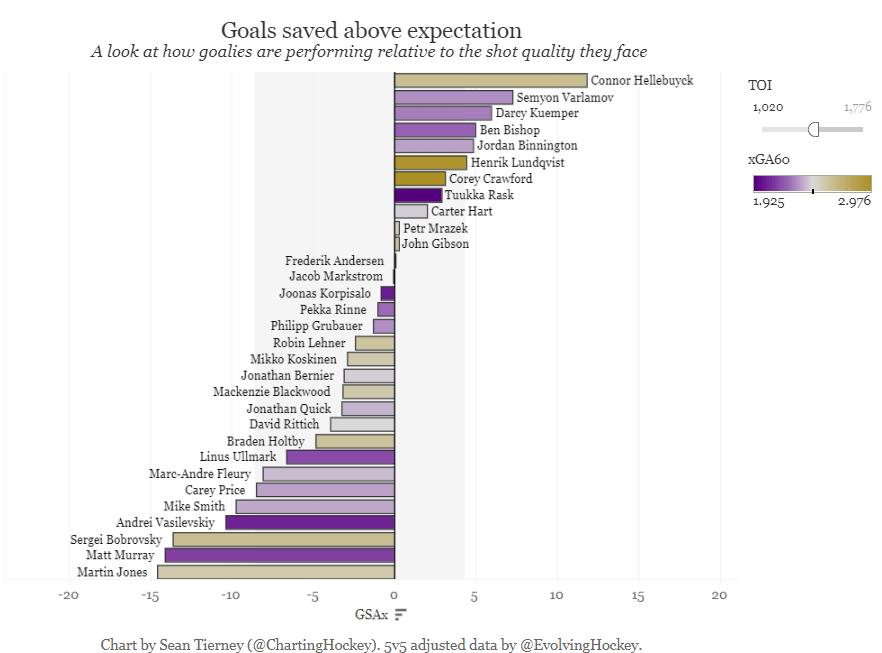 We see here that Hank faces by far the highest quality of shots against (his bar is the deepest red), yet he’s still near the top of this list. This indicates that he is still playing well above his expected performance. 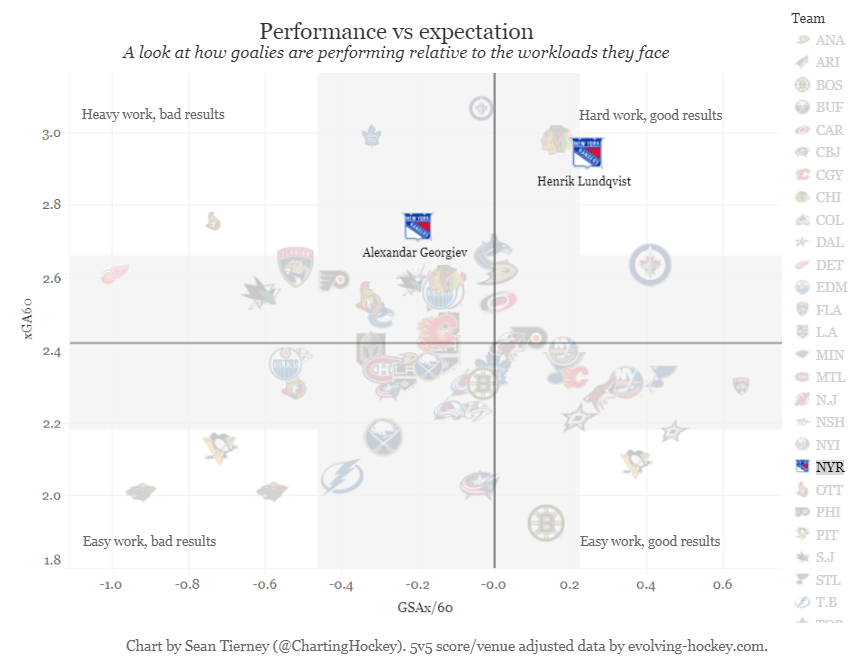 This last one shows how both Hank and Georgiev are performing when factoring in quantity and quality. Hank is again up there in hardest work faced, but is performing way above expectations. He may be 38 years old, but he’s still got it. Shesterkin is the near and almost immediate future, but Hank is still The King. Grade: A-

Georgiev had a great stretch of games where he was nearly unbeatable. He stopped something close to 112 of 120 shots or something absurd like that. Beyond that, Georgiev has been rather pedestrian. Both is GAA (3.17) and SV% (.909) are worse than Hank. He’s struggled mightily at times, but again this needs context. 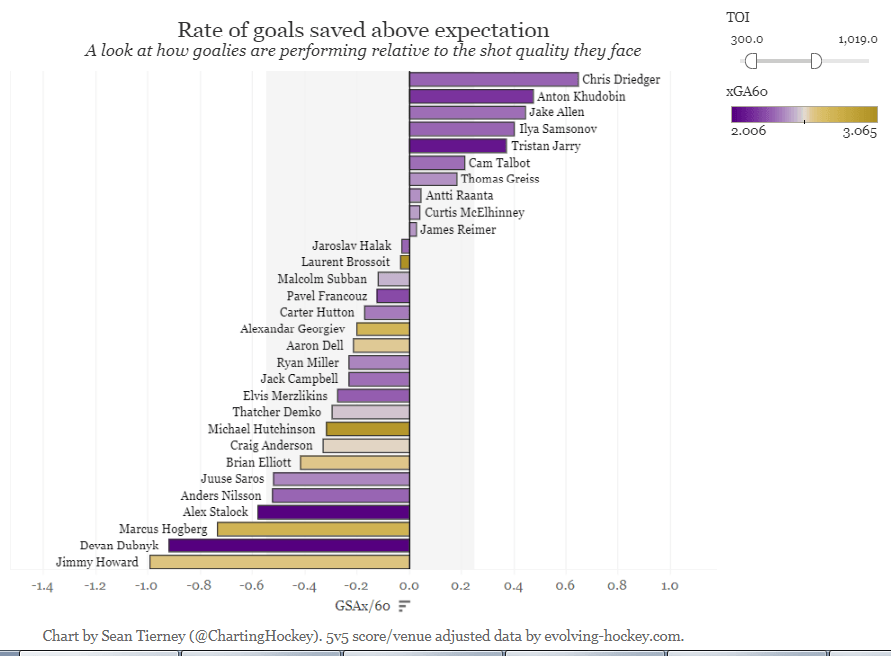 Georgiev does face a very high quality and quantity of shots, but his performance relative to that isn’t breaking even. Per the above he ranks around 16th among backup goalies in xGSAA, which when you factor in that ridiculous stretch of greatness he had, is troubling.

Using the four quadrant chart from above, Georgiev also gets one of the heaviest workloads in the game. However he’s on the left side of break even, meaning he’s drowning in the workload and it is impacting him. It is worth noting that the xGSAA difference between him and Hank is abut 0.4, so over the course of the season this may even out. It also may not. But as of 41 games into the season, Hank is outperforming Georgiev. Grade: B

Two games played, but he looked good in both. Still an incomplete though.