As we look at the first half of the NY Rangers’ season, one of the key factors is how the Blueshirts have been playing lately, as it is more indicative of future success than overall numbers. Yes, it’s how you finish that matter and not how you start, especially in a rebuild when kids are still developing. That said, overall team numbers are still an important indicator.

Starting with those season long numbers, the Rangers have been…not good. You probably knew that already, but let’s list off how the Rangers rank in some of their metrics (all stats are 5v5 unless noted):

So from a season long standpoint, the Rangers have been atrocious defensively and are dead last in almost every major defensive metric. They do generate a decent amount of quality offensively, but the quantity isn’t there. The goals are coming from a 9.33 SH% (4th), which is where you’ll hear a lot of people argue that it isn’t sustainable. However I’ve argued that skilled teams, specifically teams with players like Artemi Panarin and Mika Zibanejad, can sustain a high shooting percentage.

So clearly the problem is process. We’ve covered this. But it’s worth noting that these are season long numbers, and as mentioned above, trends matter. 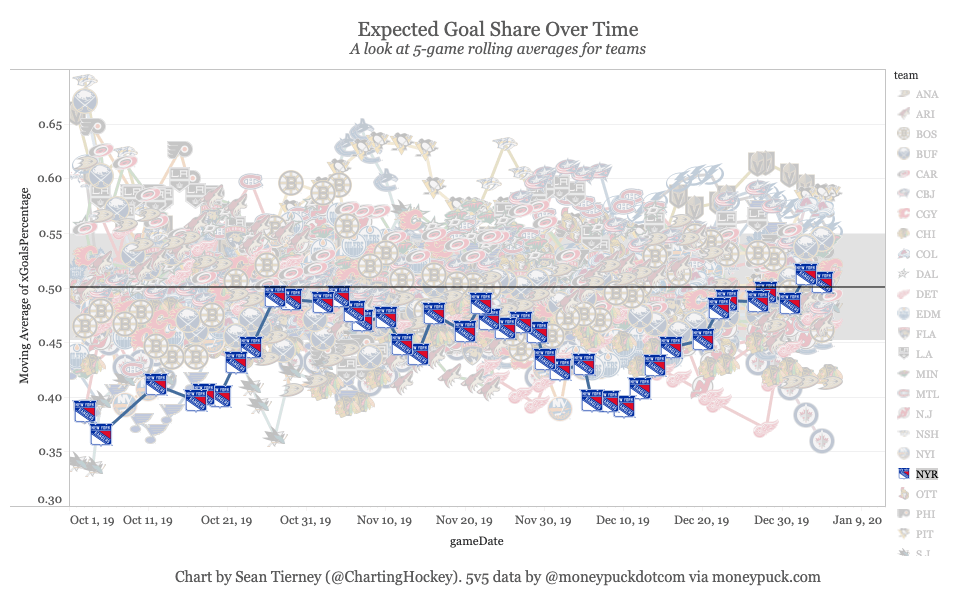 A good overall metric to use is expected goal share – which is basically the difference between expected goals against and expected goals for. It measures quality and quantity both for and against, and is a good barometer here. What’s good to see here is that the Rangers are trending way up lately, with that three game stretch of 12/6, 12/8, and 12/10 being the last time the Rangers had a big dip. They’ve been trending to almost league average. That’s good! 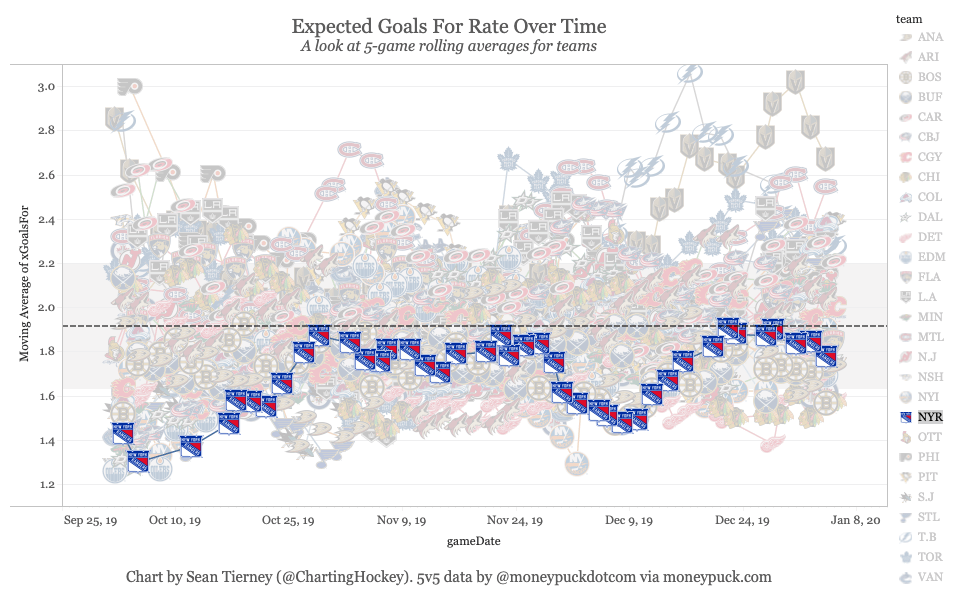 Breaking this down a little further, we can look at xGF/60, in which the Rangers again saw a big spike after that 12/10 game, but have been dipping a little since. So if their offense is dipping a little, why the huge uptick in expected goal share? 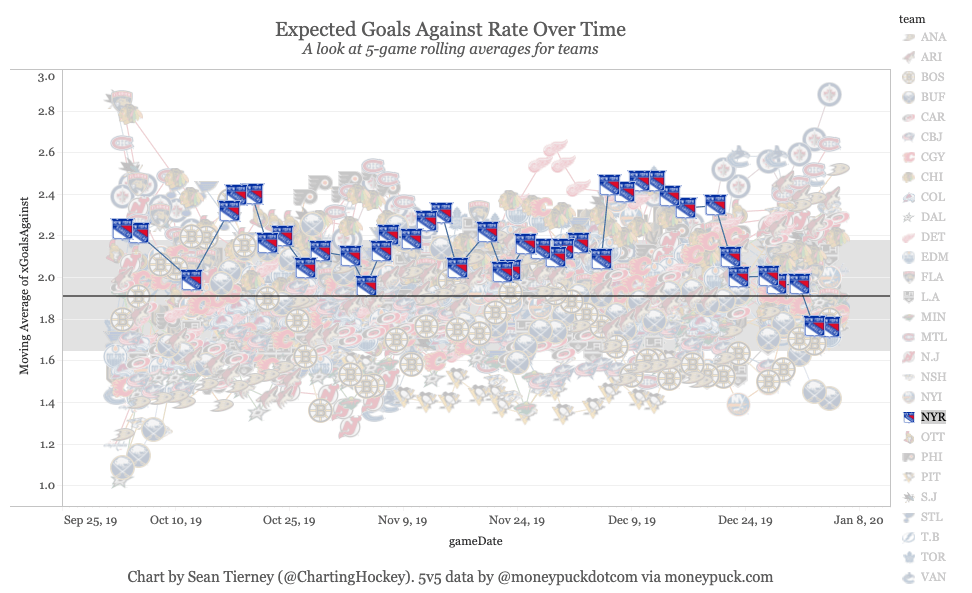 Simply put, the Rangers have been great defensively since that 12/10 game, and are actually moving in the right direction. This is good! The reason why the wins aren’t coming is because the goaltending took the second half of the month off, thus the team SV% was down, allowing more goals. But in terms of quality and quantity allowed, the Rangers have been pretty good lately.

So what happened around that 12/10 game? First and foremost, Libor Hajek was injured, and he was taken out of the lineup. That was addition by subtraction, as he was really struggling. His injury forced David Quinn to reunite Jacob Trouba and Brady Skjei, and both have been playing somewhat decently lately, although Skjei’s recent games have certainly put a damper on some of that.

Also around that time is when Mika Zibanejad returned to the lineup, giving the Rangers three actual lines to work with. The fourth line is still a mess, but baby steps.

Using the above with what we know about the team, we can formulate a few conclusions about this team so far:

The western Canada road trip was ugly and it has left a bad recency bias taste in everyone’s mouths. That’s understandable. But it’s not all doom and gloom for the Rangers. They are trending in the right way. Whether or not they continue to trend that way remains to be seen.