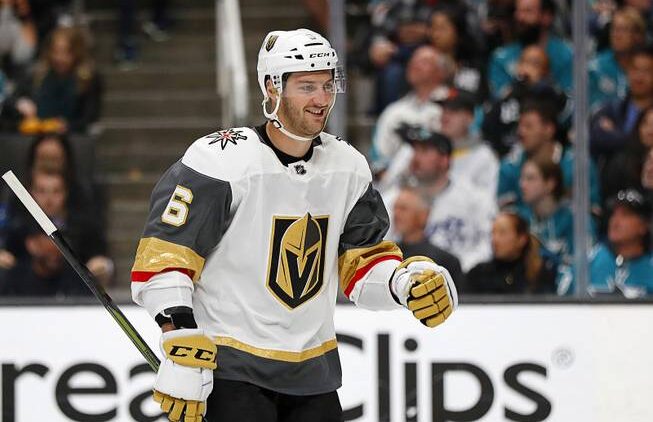 As the search to improve the blue line continues, there are going to be options outside of Jacob Trouba. The first potential target that comes to mind is Colin Miller in Vegas. Miller, who was taken by Vegas in the expansion draft from Boston, is entering the second year of a four year deal that comes with a $3.875 million cap hit. The 26-year-old RHD thrived in Vegas initially, putting up 10-31-41 in his first year, but fell backwards this year at just 3-26-29 in 65 games.

Vegas appears to want to move on from Miller, which is a little puzzling given his first year in Vegas. One down year on the score sheet is usually not enough to warrant a divorce, especially when he was still solid overall. But there’s a lot of weird Kool Aid being drank around the league lately. He was a healthy scratch for a bit, but as we’ve seen with basically every coach ever, there’s a lot more to a healthy scratch than just “he couldn’t crack the lineup.”

Perhaps the driving factor here is Vegas’ impending cap crunch. They are already over the projected $83 million cap ceiling and William Karlsson needs a new contract, likely to cost them $6 million or more. A lot of this is offset by David Clarkson’s cap hit going back to LTIR, but it doesn’t leave Vegas with much wiggle room.

With Trouba being the most popular target, it makes sense to compare the two, since Miller will likely cost significantly less than Trouba. The latter is easily the better player offensively and from a possession driver standpoint, but Miller isn’t exactly deficient here. He’s good, while Trouba is excellent. However Miller is the better zone-entry defender, and it’s really not even close. In Miller, the Rangers would be getting a significantly more well rounded defenseman than Trouba, but would be sacrificing offense.

With Tony DeAngelo in the mix as one of the best transition offensive defensemen in the game today, the Blueshirts may not need a huge burst of offense to be added to the blue line. Stability is key, and Miller actually provides more of that over Trouba at less salary/commitment and what will likely be significantly less trade cost.