Minnesota is continuing its very weird string of moves, this time by offering Jason Zucker up to basically the entire league.

Russo on MN radio says Jason Zucker has been shopped to CGY for Frolik/Bennett, PIT for Kessel, ARZ for Dvorak (turned down) – ARZ countered with Fischer, VGK for Marchessault, VAN for Boeser (VAN laughed and hung up).

There seems to be no real rhyme or reason to what Minnesota wants, other than perhaps another forward? I joked that the Rangers should offer Neal Pionk and see if Minnesota accepts it, but that’s not happening. Minnesota doesn’t need defensemen. In this odd situation, they seem to be targeting forwards. But before getting into what it would take to land Zucker, let’s see who exactly Zucker is.

Zucker is a top-six forward with four years and $5.5 million left on his deal. He’s scored 20 goals the past three seasons, and is one season removed from a 33-31-64 campaign. He shot 15% that year, about 3% higher than his career average of 12%, so it’s not like he was playing beyond his talent. He shot 10% this year, so if anything this could be a prime buy-low move for the Rangers. 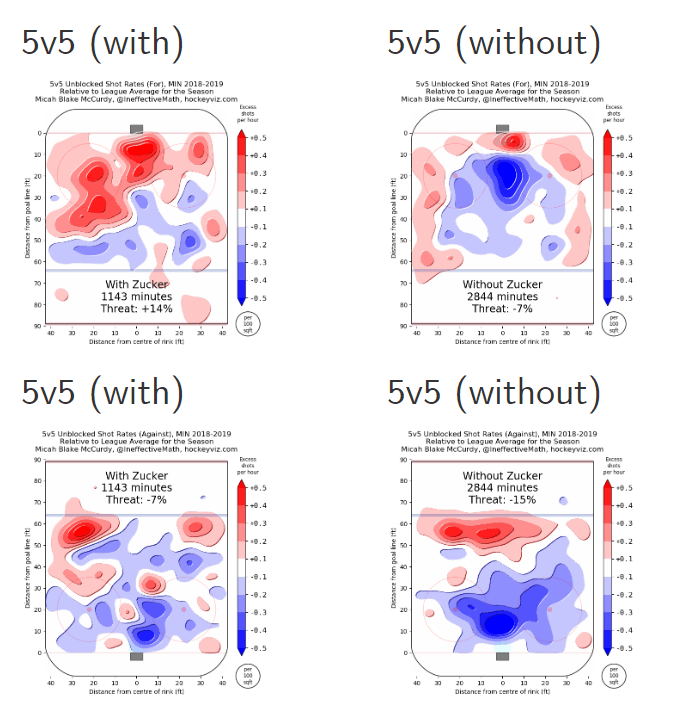 Zucker is a major positive impact both offensively — driving good shot quality — and defensively — limiting high danger chances — so this desire to dump him is perplexing. His xGF% was 55.92%, while his GF% was just 50%, again giving more meat to the argument that this is a prime buy-low opportunity for the Rangers. He just appeared to have an unlucky year. He was 2nd on the Wild with a 2.56 xGF/60, and did have a solid 2.02 xGA/60. He was 11th on Minnesota in xGA/60, but that team had a bunch of guys under 2.00. Suffice it to say, this is something that Jeff Gorton should be in on.

The cost is always going to be the big factor. Obviously the Rangers aren’t going to part with some of their young talent, and aside from Pavel Buchnevich, there isn’t really a one-for-one deal to be made with the teams. It would have to be some sort of package deal. The Wild are targeting skill, but that makes sense since Zucker is probably Minnesota’s best winger. There’s probably a deal to be made with some of the depth, but not top-six, talent. The trio of Namestnikov, Strome, and Vesey come to mind, perhaps Brett Howden can be dealt in this situation as a young centerpiece of the deal. I’m spit balling here, mostly because Minnesota is all over the place with their rumored asks.

Assuming the cost isn’t a huge deal, this is something the Rangers should be all over. If they are looking to accelerate their rebuild, Zucker solidifies their top-six and ensures that some of the high talent prospects don’t get rushed into a top-six role. It will be interesting to see how this plays out.