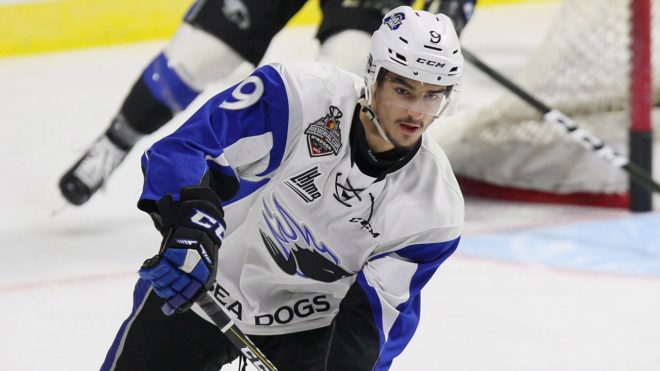 Our draft preview continue, this time with guys that the Rangers may be looking at for the end of the first round. The Blueshirts have the 26th (Bruins) and 28th (Lightning) picks in this draft, in addition to the 9th overall. Many expect the Rangers to package the later picks to move up, but there is still a very realistic scenario in which they stand pat and make all three picks.

Veleno is one of those kids that is very high ceiling, and may actually slip in the draft. The 6’1″, 195 lb center finished a solid draft year in the QMJHL, putting up 22-57-79 in 64 games with St. John’s and Drummondville. Veleno has size, speed, skating, playmaking, and vision.  Veleno was just the fifth player to be granted “exceptional status” in the CHL, meaning he could play in the league at 15 years old.

His playmaking skills are some of the best in the draft. He makes great reads, which complements his superb passing and elite level skating. On the defensive end, he has a solid work ethic and is a tenacious back checker. He also uses his body well.

There are a few that think Veleno falls because he “leaves more to be desired.” I don’t get it, since everything I’ve read has been positive about the kid. Perhaps it’s a case of “exceptional status” working against him. If he’s there at 26 or 28, he’s likely the best player available. 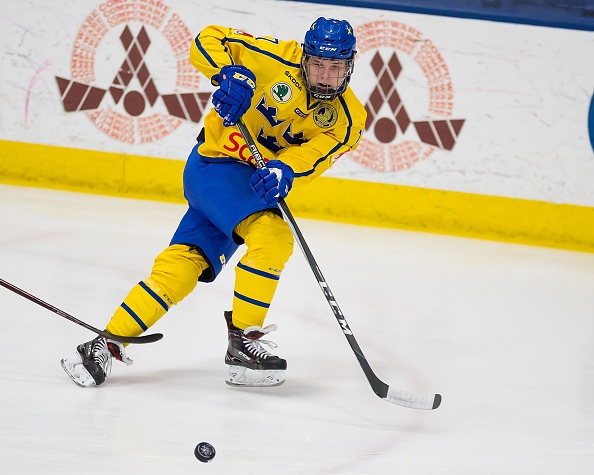 A speedy Swedish winger whose stock is rising? You know how much I love Swedes. Berggren lit up the J20 SuperElit league, with a line of 18-39-57. He played 10 games in the SHL (Skelleftea), staying off the score sheet. However he notched an assist in two playoff games in the SHL.

The 5’10”, 185 lb winger is lightning fast. He’s dangerous on the rush, taking defenders wide, and on the forecheck. He’s also a truck when it comes to moving him. He’s very strong and difficult to move off the puck, which makes him great along the boards. Think Chris Kreider, just a few inches shorter and with softer hands.

Berggren is a solid two-way player, which as you know is fairly common in Swedes. He has great vision and hockey IQ, which helps him play in all three zones. In this regard, he may be a little like Michael Grabner in that his anticipation, IQ, and speed make him a breakaway threat regularly. 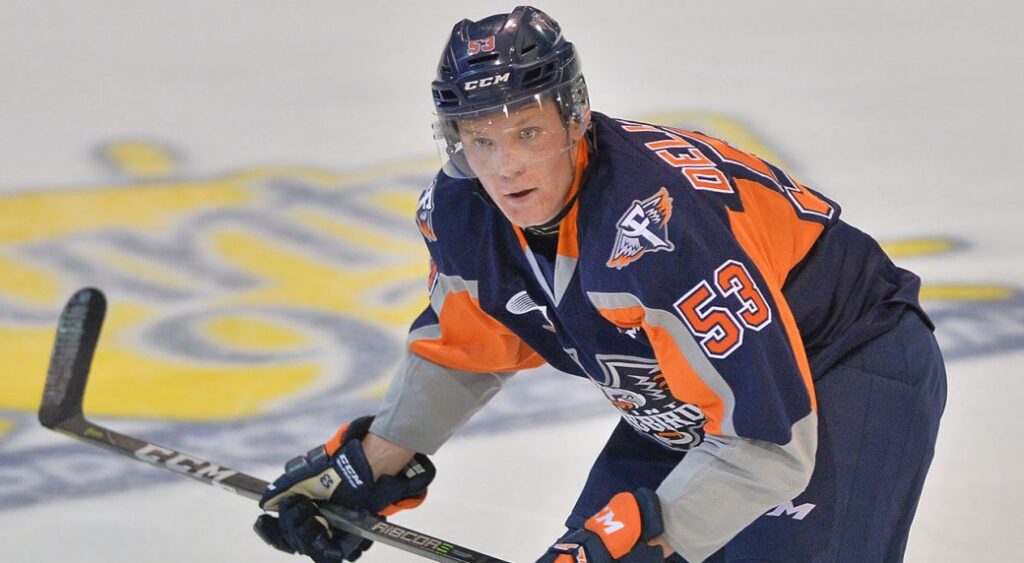 Dellandrea is another solid center that projects to go in the first round. The 6″, 190 lb righty put up 27-32-59 in 67 games with a downright terrible Flint team. As you’d expect from this crop, he’s a solid skater with superb all around speed, acceleration, and agility. The knock, however, is that he can be knocked off the puck easily and needs to work on strength and balance.

Despite this, Dellandrea has tremendous hockey IQ and vision, which makes him dangerous on offense. He’s able to find the holes in the offensive zone and then plants himself there. This gets him open for shots, which are the dangerous combination of heavy and accurate. He’s very sound fundamentally too, and you’ll rarely see him try to do too much or be too fancy.

Dellandrea’s lack of strength has had an impact on the defensive front, but that is something that is easily corrected. After all, he’s just 18 years old.