Is Kevin Klein the key to upgrading the Rangers defense? 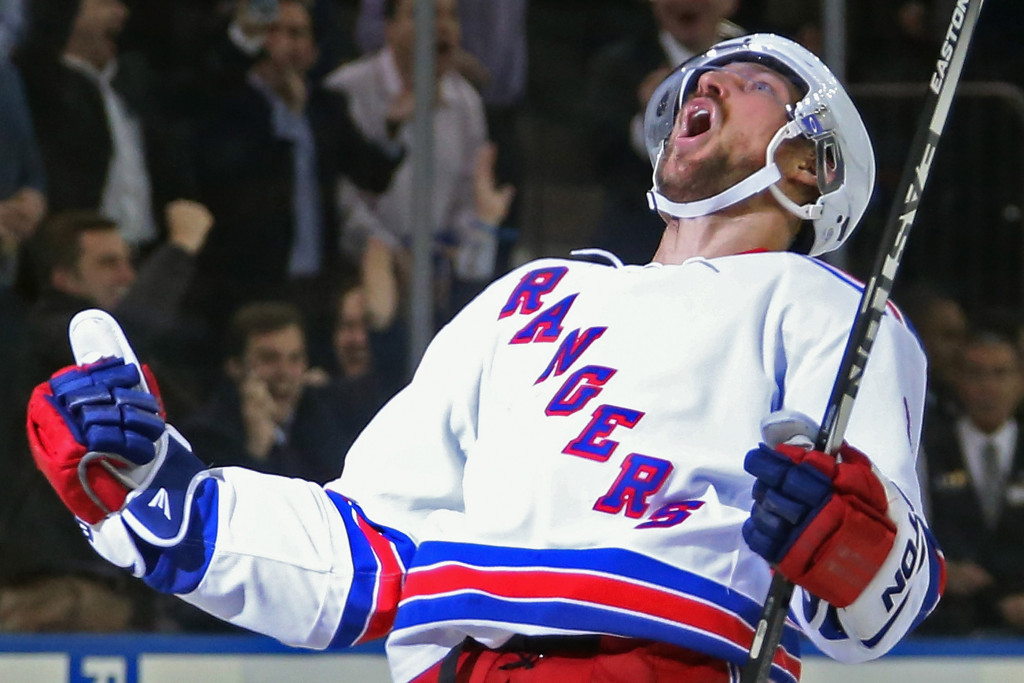 With the signing of Marek Hrivik, the Rangers have cleared up most of their to-dos for this summer. They locked up their restricted free agents. They got younger, cheaper, and faster with a big trade that also brought back a high draft pick. They retooled their bottom-six with quicker, more skilled, better defensive, and better penalty killing players. But the one major move that has been oddly absent is the big change to the blue line.

Many expected –hoped– that the big change on the blue line would come at the expense of Dan Girardi and Marc Staal. That was fueled by some draft day rumors that the Rangers were looking to move the pair. However that was shot down eventually by the public statement that Jeff Gorton expects Girardi to have a bounce back season. Considering the contracts, trading just one of them has always been a long shot. But perhaps the upgrade on the blue line will come from a relatively unexpected place – Kevin Klein.

When Klein arrived in New York in the one-for-one deal for Michael Del Zotto, he was expected to bring a physical game to the ice and play that traditional shut down role. However he did everyone one better by putting up two straight seasons of 9-17-26, setting career highs in goals and points, and matching his career high in assists. To have that happen at the age of 30 is exceedingly rare.

The raw numbers are fantastic, but there is some room for concern here. First is that Klein doesn’t necessarily have the skill set to succeed long term in a faster NHL, as he’s not the best skater in the world. Second is his age, turning 32 this season he’s likely on the decline sooner rather than later. Third, and perhaps the most alarming, is that his shooting rate jumped from a career average of about 5% to 11.8% and 13% in the last two seasons. Simply put: His goal scoring, while a huge help to the team, won’t last. It’s only a matter of time before his SH% comes back down to Earth. Couple that with age, and you have a declining asset.

But Klein is still an incredibly valuable resource, much like Derick Brassard before he was traded. Klein has a very team friendly contract, with two years left on his deal at an easy to manage $2.9 million cap hit. Not only that, but Klein’s actual salary is $2.75 million, a bonus for budget teams. Factor in the second year on his deal, which means he can be exposed for the expansion draft, and he’s very valuable. 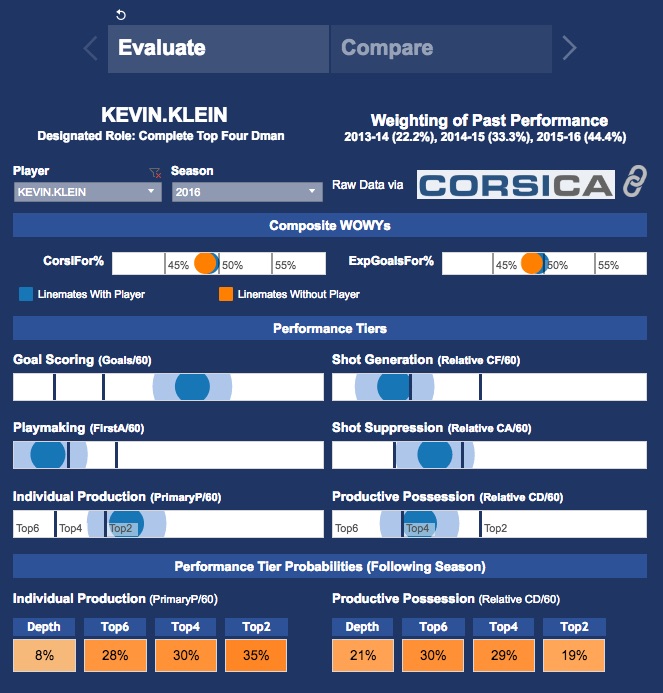 His underlying numbers aren’t too shabby either, when you know what to expect from him. When deployed as a second pairing guy, he actually suppresses shot attempts very nicely. His overall possession numbers are solid for his cap hit as well. The production numbers are expected to come down, but for less than $3 million, he’s well worth that deal currently.

So why would the Rangers trade him?

The same reason they traded Brassard. They have a need to get younger and faster. If trading Staal and Girardi proves to be impossible, then Klein likely brings back the most in any package. When putting some of the offseason puzzle pieces together, it still seems like something is brewing, and all logical sense points to upgrading the blue line.

When we look at upgrading the blue line, our minds go to the obvious upgrades in replacing Staal and Girardi. However an upgrade can come at an unlikely source with Klein. Jeff Gorton has shown he is more than willing to shuffle the deck to get younger and faster, as he did with the Brassard trade. A Klein trade seems like the most logical follow up, if there is another move coming.