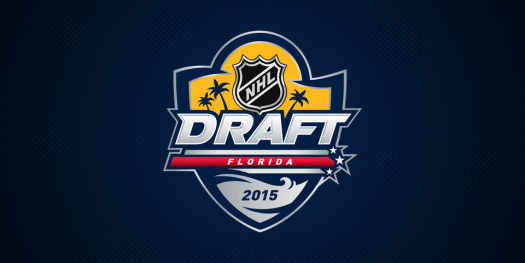 Really getting solid mileage from this image.

Day One of the 2015 NHL Draft came and went last night, with the Rangers staying largely silent. There were rumblings of an eventual deal for Cam Talbot, but that was the only action we saw for the Rangers. It was a relatively boring night.

Day Two, however, was the complete opposite. The day opened with more Talbot rumors. But before the eventual Talbot deal could be made, the Rangers shocked their fan base by sending Carl Hagelin to the Anaheim Ducks for Emerson Etem. The trade also involved the Rangers moving up in the draft from #59 to #41, giving Anaheim the 59th and 179th picks. The Rangers grabbed forward Ryan Gropp with the 41st pick.

Minutes after making their selection, the Rangers then sent Talbot to the Edmonton Oilers for three draft picks. The Rangers got the 57th, 79th, and 184th picks. The Oilers also got the 209th pick in the deal.

The Rangers then proceeded to trade down from 57, moving the pick to Washington for picks 62 and 113. Here is the breakdown of the picks:

Josh is going to go more in depth with all of these picks in a later post, but I’m a big fan of the Kovac, Saarela, and Morrison picks. I don’t know much about Gropp, but he’s not a lumbering big man, so that’s a very good sign. I know nothing on Bernhardt, but I think Zborovskiy was a big reach at #79, given who else was available.

Stay tuned for Josh’s analysis on the picks. We will also fully evaluate the Hagelin and Talbot trades.