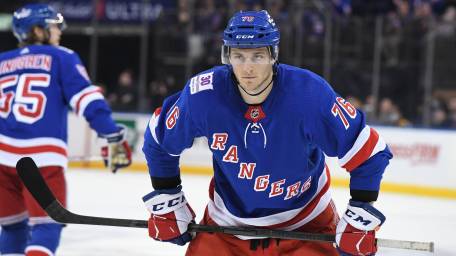 The NY Rangers have placed center Johnny Brodzinski on waivers, signaling Julien Gauthier is ready to return from injury.

Naturally, the Rangers galaxy brained this one, as Brodzinski had been one of the better and more consistent fourth liners. The easy answer was to waive Sammy Blais, but the inability to cut your losses will plague Chris Drury (and Gerard Gallant) and his inexcusable stubbornness.

I’d expect Brodzinski to be claimed by a team that needs depth, much in the way Dryden Hunt was claimed by the Colorado Avalanche earlier in the season.