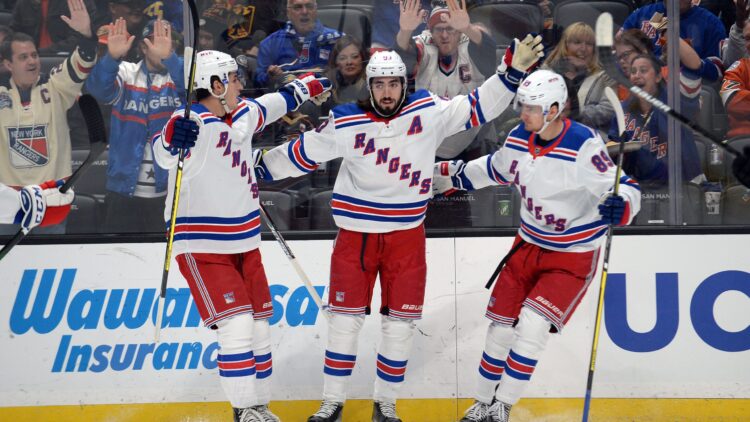 The Rangers finish up their west coast swing in Anaheim tonight, looking to extend their win streak to three games for just the second time this season. Perhaps the real Rangers showed up last night, as the Rangers stormed back against a good Kings team to win 5-3. It wasn’t pretty, but good teams find ways to win. The Rangers are a good team that have found ways to lose recently, so this is a step in the right direction.

The Ducks aren’t very good, but that doesn’t mean the Rangers are going to dominate. This is a team that the Rangers should have crushed in October, but kept letting them back into the game due to bad habits. Those bad habits are hopefully in their rear view mirror. This is the perfect game to build on a character win in LA the night before and hopefully start a run.

John Gibson gets the start.

Jaro Halak gets the start.