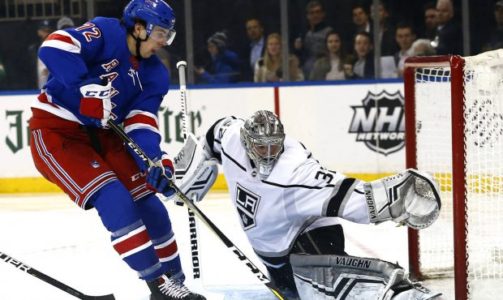 The Rangers stay in California tonight, looking to extend their winning streak to….two. The Kings are much better than advertised, and have played solid defensive hockey of late. Given the Rangers are starved for offense and continually sit a skilled top ten pick in favor of fourth liners in the top six, it’s not a good matchup for them. But the last few good matchups have resulted in the Rangers laying an egg, so perhaps they need a bad matchup.

This is when the Blueshirts need to start stringing wins together. We said on Live From The Blue Seats that they needed 10 of 14 points, which means they need at least a point tonight to keep that within reach. Anything else, even nine points, is unacceptable given the opponents they’ve faced. Naturally, they made it hard for themselves.

Cal Peterson gets the start.

Crazy Prediction: Goodrow actually contributes to the offense in an offensive role.