The Rangers need to remember who they are 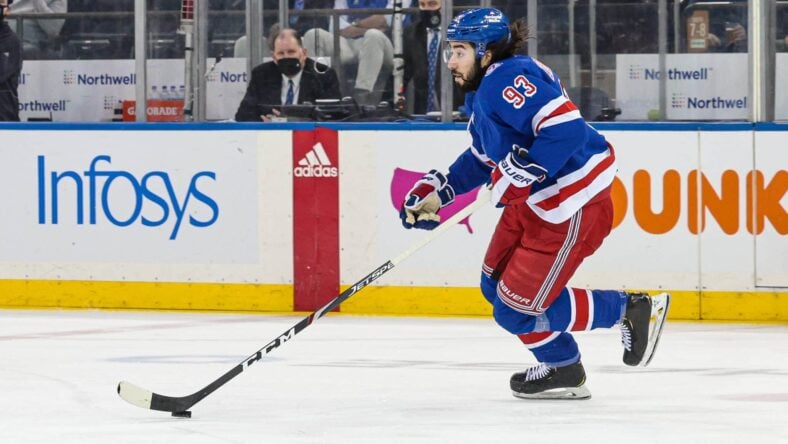 Last year, the Rangers took the NHL by surprise in their run to the Eastern Conference Final. Carried by Igor Shesterkin and an elite powerplay, the Rangers banked enough points by the end of November –paired with a rare top heavy Metro Division– to solidify a playoff spot before the end of the calendar year. This year, the Rangers haven’t separated themselves, but they are also underperforming expectations, playing down to their opponents. That needs to change, and the Rangers need to remember who they are.

The Rangers are a playoff team

However as mentioned many times, the process is far better this year, and the team is much more well rounded. The Rangers are among the best in controlling play, it just hasn’t translated to consistent goal scoring yet. In theory, that should change.

The Rangers are a known entity now

The big change between last year and this year is that the Rangers are no longer taking teams by surprise. Teams are preparing for the Rangers and attempting to shit down what makes them work, to varying degrees of success. It’s clear the Rangers struggle with capitalizing on rebound chances and scoring when the opposition shuts down the home plate area in front of the net. But to be fair, most teams will struggle there as well.

Compounding this issue is the Rangers seemingly taking nights off against bad teams, like against Seattle the other night. If they are viewing themselves as too good to worry about teams that won’t be in the playoffs, then they themselves will not be in the playoffs. To quote Miracle, they cannot win on talent alone.

The Rangers have left points on the table, plain and simple, because of both issues. There are at least six points (2 vs. SJ, 1 vs. DET, 2 vs. NYI, 1 vs. NSH) that last year’s team would not have surrendered. Taking nights off, playing down to opponents, and lacking that killer instinct have all led to this.

The Rangers need to remember who they are

The Rangers are a playoff team. They should be one of the top teams in the NHL. Their process and dominant puck possession throughout the young season has shown that. The Rangers also have some elite finishing talent that isn’t finishing the way they normally do. All of the Rangers’ big guns are a minimum of one percentage point below their career averages thus far, getting up to 10% below their career averages.

The shooting percentage will balance out, but it will take a significant confidence boost. When a team is snakebitten, it impacts their confidence, they grip their sticks a little tighter, and shots go into a goalie’s pad instead of over, or they go just wide or off the post. So many little things in hockey can be impacted when a team is having a shooting rate dip.

Frustration is expected. Panic is premature. The Rangers don’t necessarily need their next three wins to save their season, but they do need them if they want to keep some of the panic at bay. Frustration over shooting can only last so long before we begin to wonder what else is going on.

It starts with these three games. They are against inferior opponents. Not only do the Rangers need to assert their dominance in their possession play, they need to show it on the scoreboard. This is a team that should be lighting up teams like San Jose and Anaheim. Beat bad teams, gain confidence, score more goals against good teams. Then run the table in the playoffs.