With a contract a foregone conclusion, the Rangers are now trying to find the ideal role for Jimmy Vesey once the games matter next week. He’s been bounced around the lines during camp and the preseason, most notably on the top line with Chris Kreider and Mika Zibanejad. Naturally that’s not anyone expected, and it may not play to Vesey’s strengths as he enters his 7th NHL season.

In his first six years in the NHL, Vesey has never eclipsed more than 35 points, which he did in 2018-2019 with the Rangers. His last two seasons have been less than 20 points without cracking 10 goals. Simply put, he isn’t an offensive player. And that’s fine, as long as it’s an input into finding the ideal role for Jimmy Vesey. 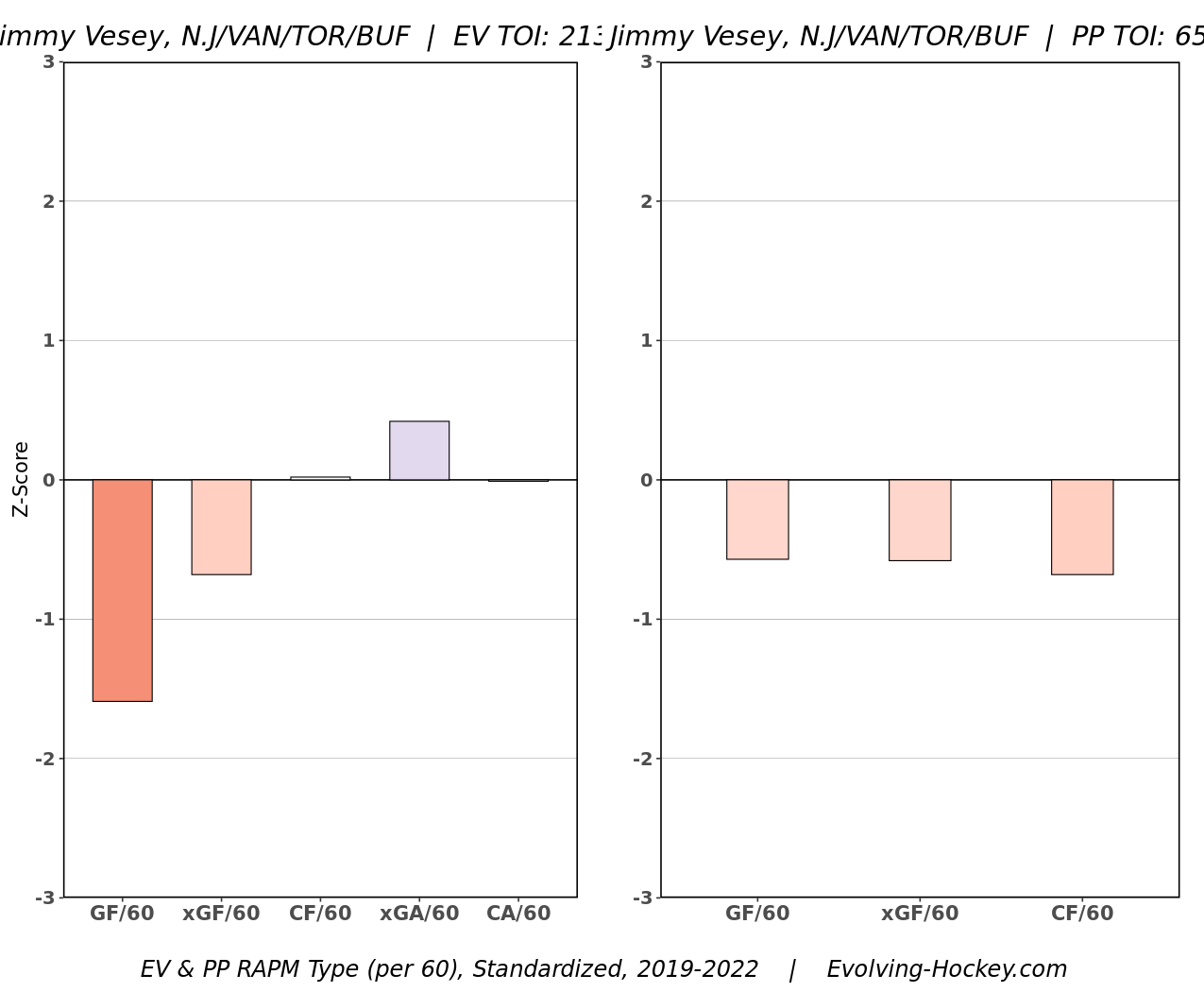 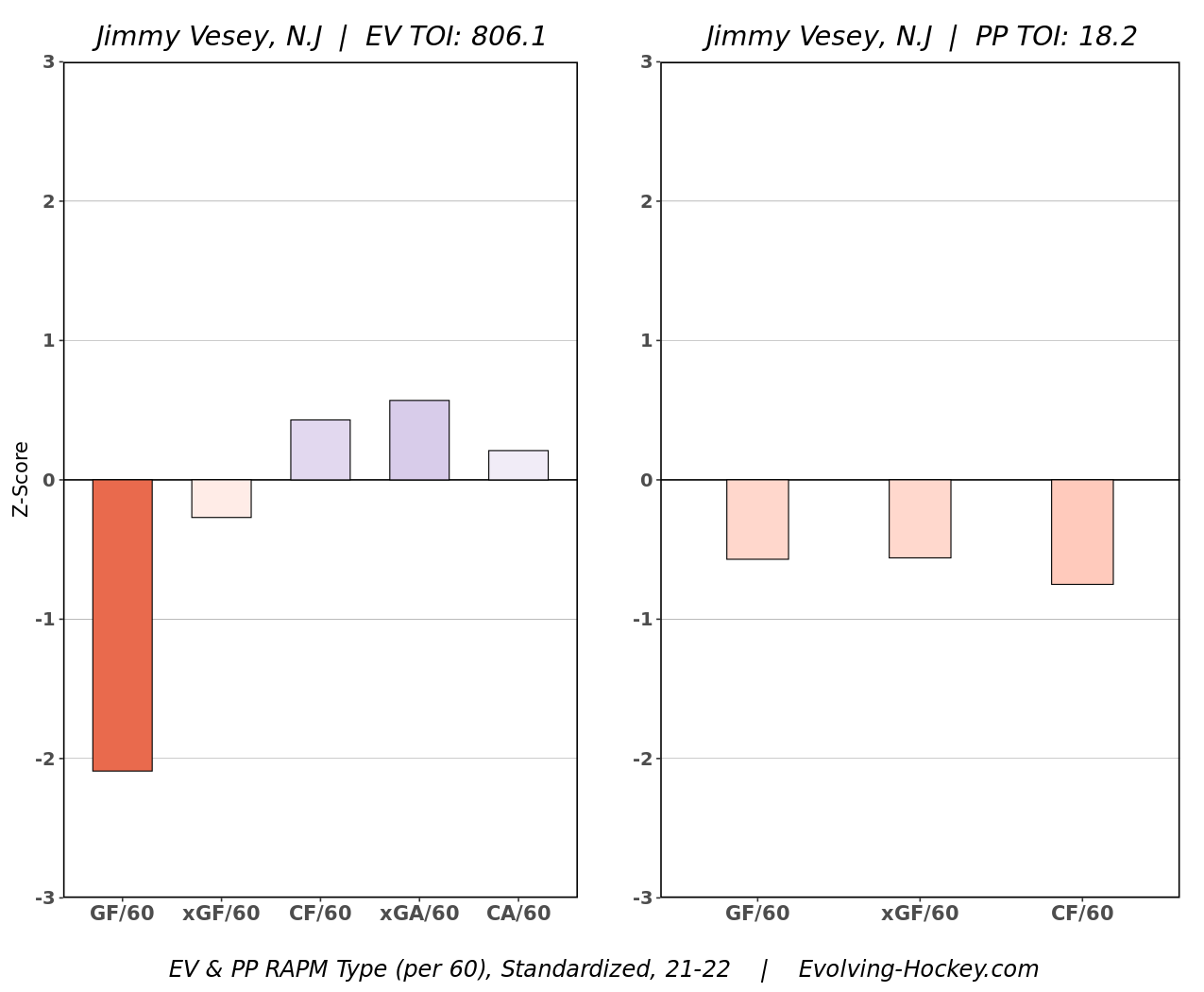 Vesey also hasn’t driven offense in quite some time. Over the last three years (left RAPM chart), he’s been a moderate net negative in xGF/60 while also having no finishing ability whatsoever. Last season (right RAPM) shows at least better individual offensive and defensive metrics, but that’s a big red bar for actually putting the puck in the net. I think it’s safe to say that, based on his point totals and play driving metrics, the top six isn’t the ideal role for Jimmy Vesey.

Given what we know about him, the ideal role for Jimmy Vesey is in the bottom six in a forechecking and potentially shutdown role.

Ideal role for Jimmy Vesey may not matter in roster construction

If we assume the lines from the last preseason game, and not the recent iteration that came down from Chris Drury’s insistence, then the Rangers are keeping the Kid Line together and stapling Vitali Kravtsov to Artemiy Panarin. At least to start the season. That doesn’t leave many options for the third wheel on the top line. Thus, the ideal role for Jimmy Vesey may not matter if the Rangers need to tread water on the top line.

Unfortunately, the only other options are not offensively inclined either: Barclay Goodrow and Sammy Blais. There’s a strong argument that Blais and Vesey have similar play styles, so the ideal role for Jimmy Vesey is basically where Blais is – 4LW.

Sometimes injuries have an unexpected side effect of coaches lucking into the proper lines. That may not be the case with the Rangers this year, as they have plenty of bottom six options that will keep Vesey in the top six for now.

Vesey, like Dryden Hunt last year, is going to miscast in a top six role for most of the season. It’s expected Drury will address this at the trade deadline while the Rangers tread water and bank cap space throughout the season. Luckily, two-thirds of that top line are very dangerous, and if the middle six produce points and sustained offensive pressure, we may not worry about the top line too much.