Unlike last year, the Rangers 4th line has strong options 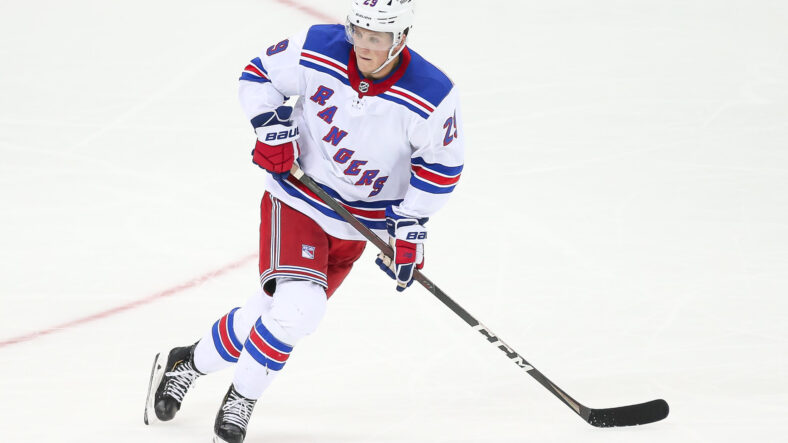 The Rangers haven’t made much noise this offseason, with the only big move being adding Vincent Trocheck on a too many years deal. Beyond that, the Blueshirts added mostly depth players, specifically Ryan Carpenter and (possibly) Jimmy Vesey. But with that, the Rangers 4th line now has options and matchup potential. This is something they didn’t have last year.

If we assume Filip Chytil and Vitali Kravtsov are on the 3rd line, potentially with Brennan Othmann or Sammy Blais (or Barclay Goodrow), then we assume that line will get a good amount of offensive zone starts and be a true sheltered scoring line. Then we can assume everyone else not mentioned is an option for the Rangers 4th line.

Ryan Reaves is the guy I see that plays far less this year than last. As much as we all like Reaves, he’s not the best option for an everyday player on the Rangers 4th line. Carpenter and Goodrow/Blais do appear to be the staples of the 4th line, at least for now. Dryden Hunt shouldn’t be discounted, as he’s a solid play driver who was miscast last season.

Need a physical touch on the fourth line? Reaves, Carpenter, and Goodrow are your guys.

Need a bit more speed and skill? Hunt, Carpenter, and Goodrow or Blais.

Just need some minutes to be eaten because of game flow? Well, let’s be real, anyone aside from Reaves can do some big time minutes eating.

Julien Gauthier is the wild card here. We are all expecting him to be traded, but that hasn’t happened yet. If Gauthier is still with the Rangers, he may present that kind of grinding, play driving need on RW that the Rangers 4th line will need in certain matchups.

As much as we like Hunt and Reaves, and adding to that how much we poke fun of his inability to score, Gauthier does a lot of little things right that you want from a 4th liner. He drives play, is physical, uses his strength and speed well, and gets to the net. His hands are made of stone, but he can chip in a goal here or there for some depth scoring.

I like Gauthier, and it’s hard to argue against keeping him at just $800k. If the Rangers 4th line needs a bit more scoring oomph, then Gauthier, if he’s still a Ranger, can be that guy.

If there is one thing the Rangers 4th line lacks, even with all their options, it’s play driving and scoring potential. Unless of course Sammy Blais can fill that role.