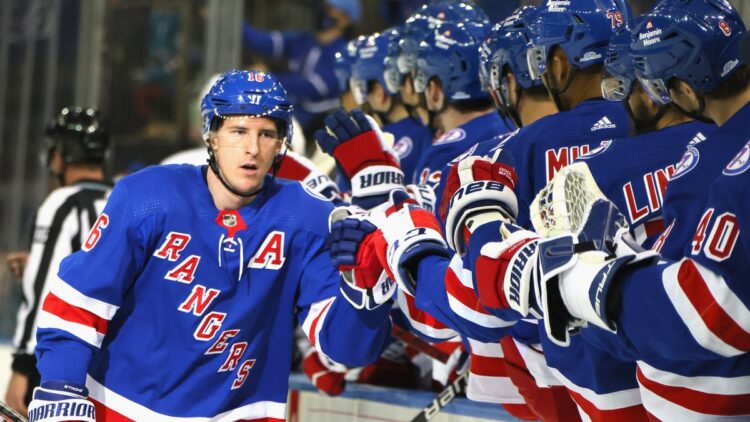 Heading into the 2021-2022 season, Ryan Strome was a hot topic. Not because he was with the team after a second straight offseason of trade rumors, but because his contract was expiring and the decision to re-sign him was still up in the air. With that decision seemingly made already, this season looked like Strome’s last dance with the Rangers.

Strome’s 21-33-54 scoring line this season was in line with expectations, but it was a step back in terms of point per game pace. Still, 20 goals and 50 points for $4.5 million is a bargain, and his chemistry with Artemiy Panarin was worth every cent. While the trade for Strome (for Ryan Spooner) will go down as one of the best trades of Jeff Gorton’s tenure, the warning signs are there for Strome as he starts hitting his thirties (29 this July). 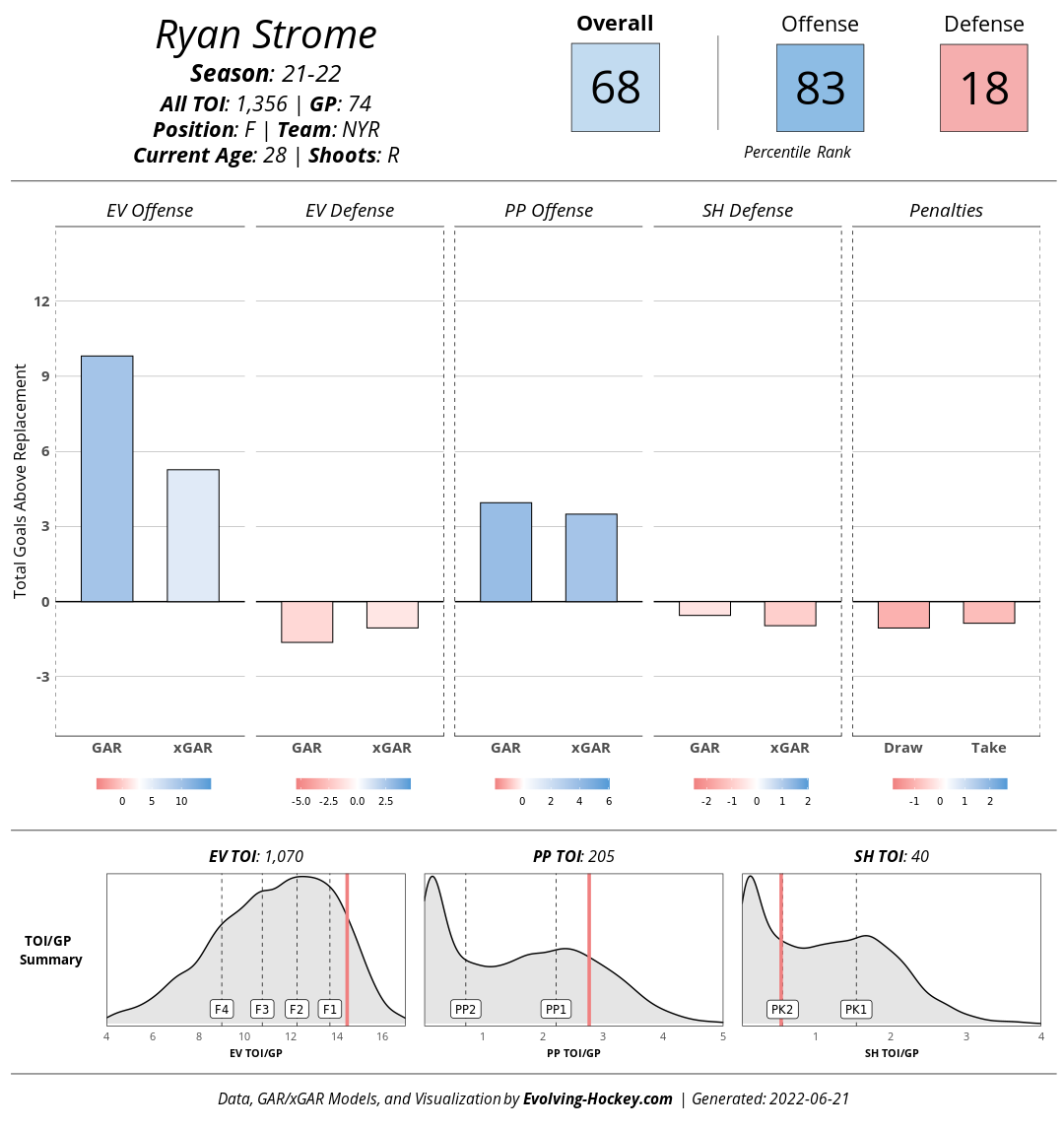 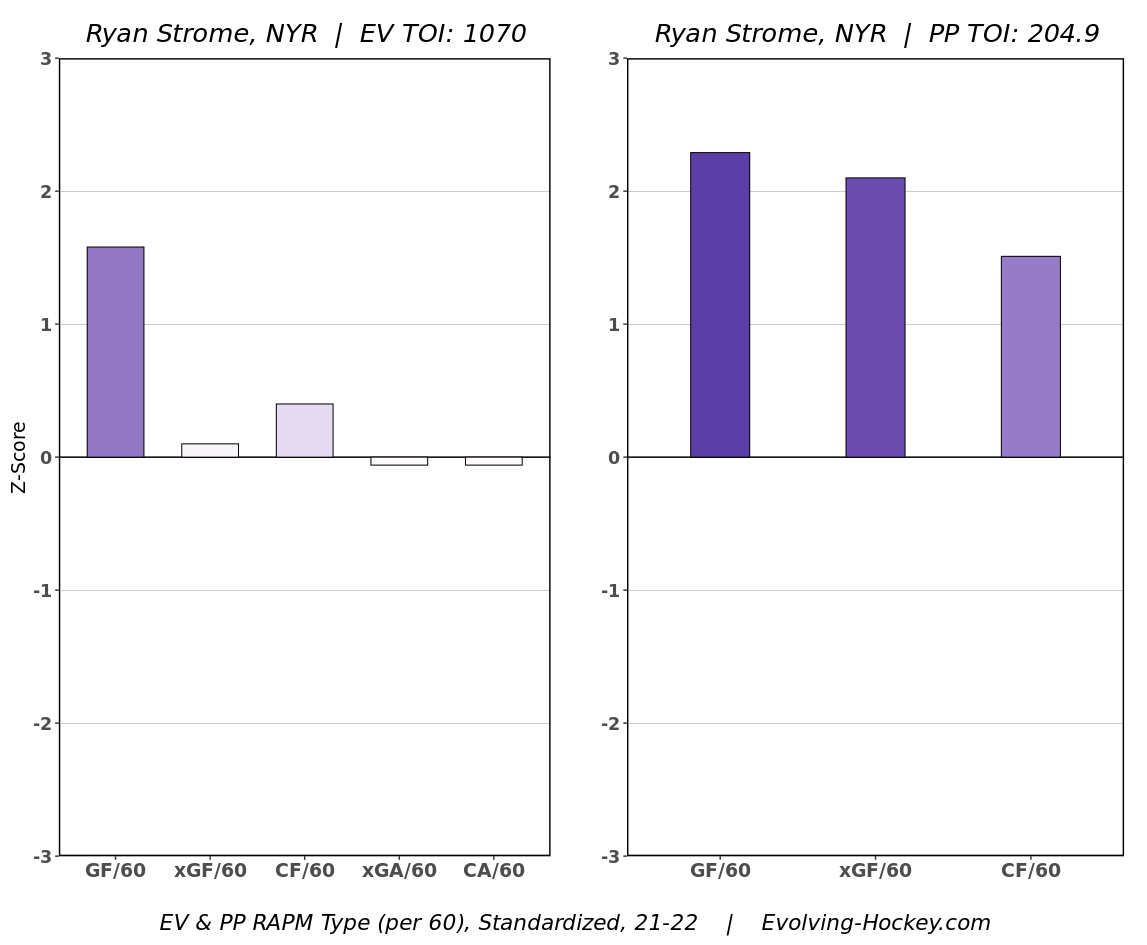 The biggest concern about Strome’s game right now is the regression in offensive play driving at even strength. He’s taken a complete nosedive the last two years, going from one of the more under appreciated play drivers to barely breaking even. This is almost entirely due to the one-and-done nature of that second line, as they created a high percentage of quality chances vs. regular chances, but they didn’t cycle or follow it up.

Strome has never been a defensive dynamo, thus his defensive metrics have never been a focus. As much as you want your team to be 12 Patrice Bergeron’s up front, it’s not realistic. Strome’s role has been in an offensive capacity, and to drive possession and put pucks in the net. The latter he excelled at, especially with Panarin, but the former –the puck possession– hasn’t been there. When you’re one-and-done in the offensive zone, you spend a lot of time in the defensive zone if you don’t score.

Overall, Strome did his job. It wasn’t the best process, and his powerplay production tanked, but he put up the points. It’s tough to argue that he didn’t meet every expectation this season, since he did. It just didn’t look pretty most of the time.