Should (Can?) the Rangers re-sign Ryan Strome? 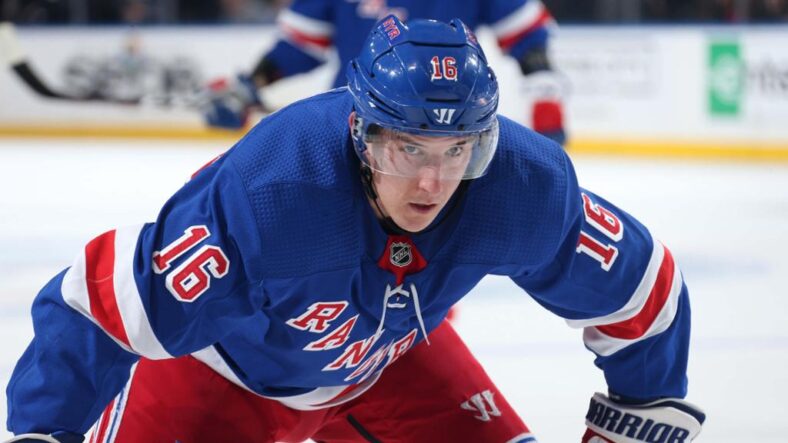 One of the many questions heading into the offseason is what the Rangers should do with Ryan Strome. An unrestricted free agent, the Rangers really got themselves a bargain the last two years with Strome. His career was re-launched in New York, putting up 71-124-195 in 263 games over four years while giving the Rangers a legitimate 2C for less than $5 million against the cap. But now as a free agent, he’s due for a big pay day. Should, or even can, the Rangers re-sign Strome?

The Rangers have a bit of a cap crunch over the next two seasons. The Blueshirts have just $11.9 million in cap space right now to address a middle six center, at least one bottom six forward, a backup goalie, and two depth defensemen. This does not include re-signing Kaapo Kakko, otherwise you add a middle-six winger to this equation as well.

The good news is that some of this should be managed by bringing in Vitali Kravtsov as a cheap RW on the third line, and possible Zac Jones as a cheap depth defenseman option. The Rangers can also trade Patrik Nemeth to free up $2.5 million in cap space, most likely replaced by Jones at less than $1 million.

The bad news is that still doesn’t leave much wiggle room for an expensive option, and that’s what Strome is. Strome is projected to get 7 years at $7.15 million, per Evolving-Hockey. The Rangers won’t go 7 years on Strome, especially not at $7 million. If the Rangers re-sign him, they’d likely try to tie him to the end of the Artemiy Panarin contract, which has four years left on it. At that duration, Strome is projected to get $6.7 million. Still likely too expensive for this season.

Compounding the issue is the 2023 offseason, where the Rangers need to re-sign Alexis Lafreniere, K’Andre Miller, Filip Chytil, Braden Schneider, and possibly Vitali Kravtsov and Zac Jones. The first four are likely definite, with Kravtsov and Jones possible depending on how the roster situation this year turns out. The cap isn’t expected to go up much in 2023 either.

Money aside, should the Rangers re-sign Strome?

Strome’s production speaks for itself, especially in relation to his prior cap hit. Strome isn’t a noted defensive stalwart, and that second line had major issues being too fancy, most notably with being one-and-done in the offensive zone. Strome’s point-per-game totals took a nosedive this year because of that. Skill is great, but there is a need on that line to do some digging and cycling.

If the Rangers re-sign Strome, they’d also need to figure out what to do with the cheaper, younger, and potentially breaking out Filip Chytil. If the Rangers don’t make a major move at center, Chytil is the next in line for 2C, and based on his playoff performance, he’s ready for the next step. He has documented success with Panarin already, and at some point the Rangers do need to hand the reins to the kids.

Even if the Rangers had the cap space, it seems that Strome was a goner no matter what. They may have addressed this question early in the season when asked about letting free agents walk. They viewed this team as a competing team, proved it on the ice, and said that any departing free agents are viewed as more valuable for the playoffs than in a trade.

While that may have just been an ‘in the moment’ answer, Chris Drury’s non-committal responses regarding Strome may have also been the writing on the wall. If the Rangers re-sign Strome, it will have to be on their terms, not his. Their terms are closer to $4.5 million, Strome’s current contract, not the projected $7 million he might get on the open market.

Strome was one of the best trades in the Jeff Gorton era. But now is a good time to say bye, and we do hope he gets the bag. He was a good Ranger.