Thoughts on the Sammy Blais contract 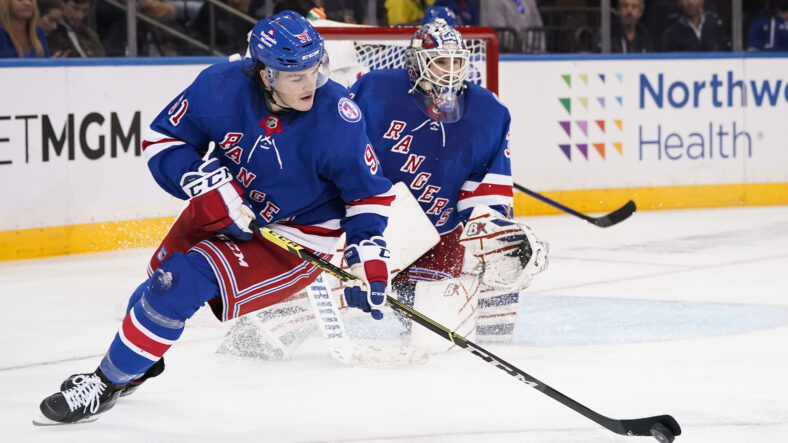 Late yesterday, the Rangers re-signed Sammy Blais to a one year contract worth $1.525 million. The Rangers were expected to re-sign him, and the deal is a little less than his qualifying offer. Given some of the contract projections and his injury that cost him the 2021-2022 season, the timing and perhaps the dollar amount may have been a surprise. As per usual, I have thoughts on the Sammy Blais contract.

1. It should not be a surprise that the Sammy Blais contract is only one year. He looked good in the limited preseason and regular season, but never truly had time to gel with the team or show why the Rangers traded for him. A one year deal like this gives the Rangers a ton a flexibility, and Blais is likely going to be competing for a bottom six role. The goal for Blais should be to stabilize the bottom six, perhaps playing on a shutdown line with a bit of a scoring punch to it.

2. Blais’ role is definitely something up for debate. He’s not a noted defensive stalwart or a shutdown player, which makes things interesting. 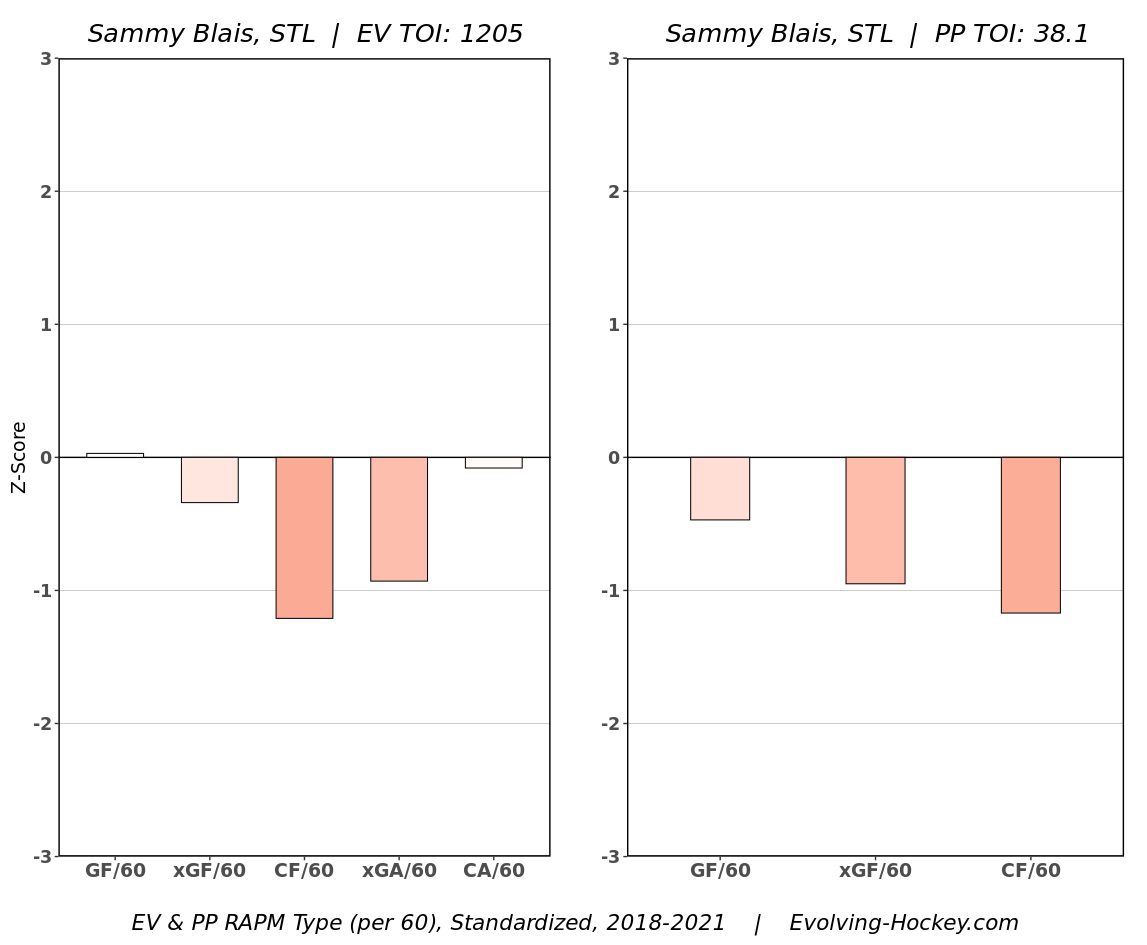 Now a chart doesn’t tell the whole story, but even the scouting reports show that Blais isn’t exactly someone who is known for defensive play. But he is known for skating and being able to put the puck in the net (8 goals in 36 games with St. Louis in 2020-2021). He’s an aggressive forechecker, and could definitely be viewed as a player that, with the right linemates, can pin the opposition in the defensive zone.

3. Perhaps we should take a step back and define what a shutdown line is. Let’s look at what Anthony Cirelli’s line did to Mika Zibanejad in the Eastern Conference Final. They weren’t just limiting his chances, they were pinning his line in the defensive zone for minutes at a time. Cirelli’s line wasn’t getting many prime chances, but they did their job. That’s the kind of shutdown line the Rangers should be looking for. Blais and Barclay Goodrow might have the makings of one of these lines. That’s why the Sammy Blais contract is so important – he’s cheap and he will likely play a key role next year.

4. While the Sammy Blais contract is cheap on the surface, we do need to worry how much money the Rangers are spending on what projects to be their fourth line. Blais at $1.525, Goodrow at $3.6 million, Ryan Reaves at $1.75 million, plus whatever they add as depth (Kevin Rooney). That’s not exactly Islanders fourth line money, but it’s up there. The Rangers are able to do this because they have kids on cheap contracts through the end of 2022-2023, but it’s not a recipe for success. Pay skill, not depth.

The good news is that Reaves’ deal is up after next season. I’m all for signing him to a “special assistant to the coach” role where he just yells SHESTY RELEASE US each game. Blais may wind up with the same dollar amount though, so he and Blais taking up $5 million in cap space may be a concern in the 2023 offseason.

5. As for the dollar amount on the Sammy Blais contract, he was due a $1.6 million qualifying offer. So this is below that, but well above what Evolving Hockey had him at. Now no projections are guaranteed, and perhaps this specific one was off because Blais’ injury. I would have been surprised if Blais signed for under $1 million, given the qualifying offer and how that process shakes out.

For what it’s worth, if the Rangers actually got Blais for $838,000, which was the projected amount, they would have had to pass on giving him a qualifying offer and sign him to that deal. But once they pass on a qualifying offer, he’s an unrestricted free agent. Blais would have gotten more on the open market. Regardless, this is a fine deal.

6. All of the contract and role talk aside, Blais’ skill set will mesh well with what the Rangers want. He’s got speed, he’s physical, and he’s a forechecker. The best defense is a good offense and spending time in the offensive zone. Blais gives them that ability on the fourth line, something they didn’t really have throughout the playoffs. Again, as much as we loved the fourth line, outside of the first period against Pittsburgh, they didn’t do much. That needs to change.