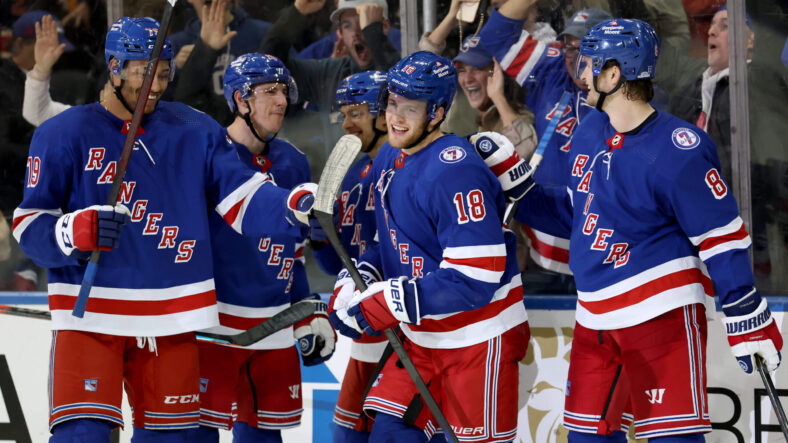 Rangers breakup day has come and gone, and there were some interesting tidbits from all of the beat writers and their interviews with Gerard Gallant and the players. Most below is from Mollie Walker, who had great detail without the click baity quotes.

While the Kaapo Kakko situation is being wildly overblown by social media, the question about why Kakko was scratched was asked. His answer was…less than detailed.

“Trying to win a hockey game,” #NYR coach Gallant said of the decision to scratch Kakko.”Just dressing my lineup… We love the kid. He’s a good player, a good young player.” https://t.co/mEGTpzia9V

This is the answer that rubbed a lot of people the wrong way, and that’s honestly expected. It’s disappointing that Gallant didn’t open up more about this, or even answer if he spoke to Kakko about it beforehand. This was a bad coaching move that was made worse by an inability to answer the question or even own up to making a mistake.

And that’s what this is/was. Gallant made a mistake by scratching Kakko. He did at least say that Kakko is a part of the future of the team and he expects him and Alexis Lafreniere to be top-six forward next season. He also called out Filip Chytil that he is expected to be a key cog.

Now, all this is to be taken with a grain of salt since anything can happen. What likely isn’t happening is a Kakko offer sheet. I won’t say 100% isn’t happening, but few offer sheets actually happen, and half are retaliatory. Jesperi Kotkaniemi is the one that comes to mind.

As part of Rangers breakup day, the injuries start coming to light. Here are some of the big ones:

As of now, only Strome may be headed to surgery, which we will know more about tomorrow. Gallant said he didn’t expect any Rangers to need surgery, but naturally that can change.

If there are no significant injuries to the Rangers, which it appears that way, then one of the major offseason needs is for conditioning to improve. The Rangers looked gassed against Tampa. Part of it is basically playing every other day for 102 days (March, April, May, 10 days of June), but they also looked gassed heading into their Olympic break. Conditioning is a need, as is skating in general.

Strome in particular is a guy that seems like he genuinely wants to be back, given how the Rangers revitalized his career. Given his expected contract, it’s unlikely the Rangers can make it work. Ditto for Tyler Motte and Frank Vatrano, and both said they wanted to return as well.

Andrew Copp gave a more detailed answer, noting Jacob Trouba said it better not be the last time they play together. Copp also told his agent to “kick rocks” after the trade deadline, not sure what to make of that.

The theme for all of the pending free agents, and actually Rangers breakup day in general, was unfinished business. The Rangers can’t keep them all, though.