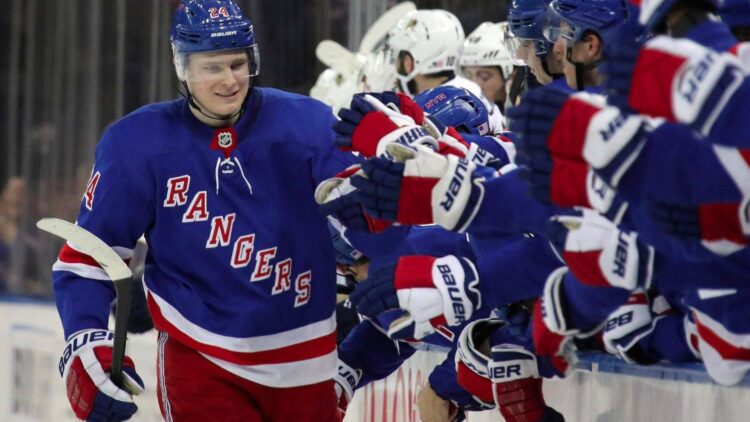 It looks like a Kaapo Kakko healthy scratch situation may be on our hands. He was at the optional skate this morning longer than the regulars, and Vince Mercogliano is hinting –but not confirmed– that he might be sitting tonight.

Scratching Kakko for Ryan Reaves is the opposite of what the Rangers need right now. Even if the kid line had a rough outing in Game 5, which they did, Kakko is a key cog in that line’s overall successes. He’s stellar defensively and does a lot of the dirty work along the boards and behind the net.

Also, scratching Kakko for Reaves negates one of the huge advantages that the Rangers have over Tampa, which is speed. Kakko isn’t a barn burner, but he’s faster than Reaves.

No need to overreact until the lineup comes, but this isn’t the smartest thing we’ve seen from Gerard Gallant this postseason.

Of course, it could be Sammy Blais, and not Ryan Reaves.