How Game 3 gave the Rangers a confidence boost 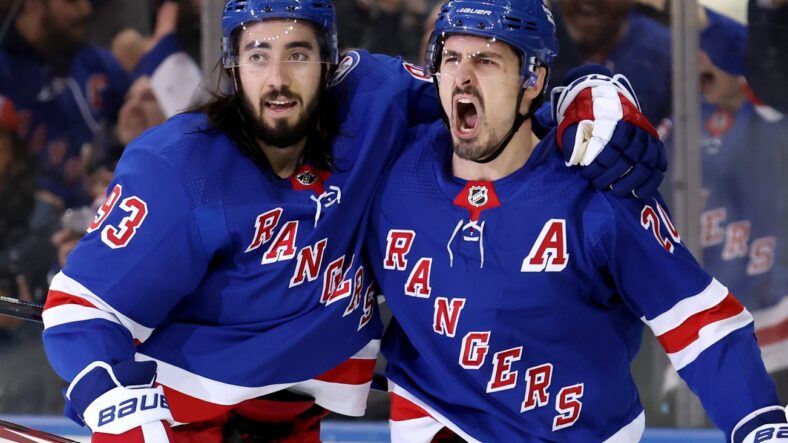 The Rangers lost Game 3, giving Tampa some life in the series. There was some clear frustration, as the Rangers had a 2-0 lead before giving up three straight, including a last minute goal to Ondrej Palat. We knew Tampa was never going to be swept, but it is understandable to view Game 3 as a game that got away. But let’s back up a second and recognize that Tampa gave it their best, and the Rangers matched it.

Let’s see what had to happen for Tampa to win:

and a GWG with 40 seconds remaining,

only to win by ONE? pic.twitter.com/CWfpCSi8jg

And as Matt points out – to only win by one?

The Rangers took the Lightning’s best punch, and they’re still standing. Not only are they still standing, but they know what it took Tampa to get just one win. A loss was inevitable, as again Tampa was never going to get swept, and this is now a confidence boost for the Rangers. The Lightning went into desperation mode, and needed all that to barely win.

Assuming full health for the Rangers heading into Game 4, they should have all the confidence in the world. The game may have appeared lopsided with the 51 shots, but looking at where the shots came from, it’s an effort that can, and arguably should, be repeatable.

With Igor Shesterkin in net, you take 6 high danger chances against all day, every day. The Rangers had the better chances, and were masterful in limiting most of Tampa’s chances to the outside.

The Blueshirts doubled up on Tampa’s high danger chances, and have been limiting Tampa to the outside all series. Their speed will offset any cycling/possession advantages Tampa has, as they continue to burn through the neutral zone. Tampa played a great game, and it was barely enough. This bodes well for the Rangers in Game 4 and beyond.