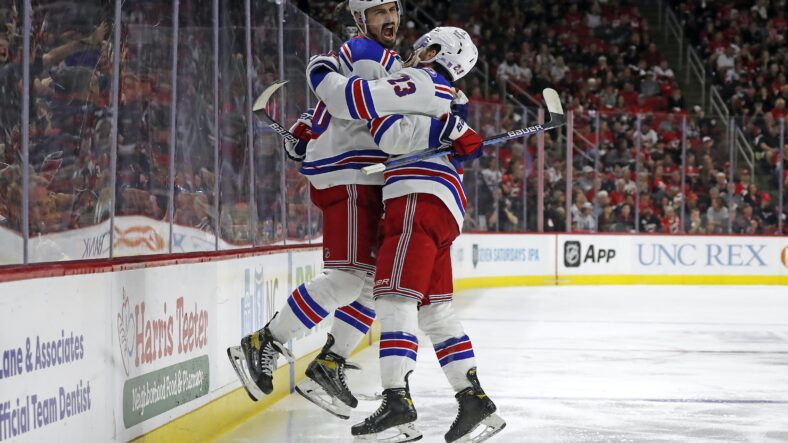 For the first time since 2015, the Rangers are back in the Eastern Conference Final. They punched their ticket to the NHL’s final four with a comprehensive 6-2 win over the Carolina Hurricanes in Game 7 of the second round, and now look forward to their next challenge: a date with the back-to-back champs, the Tampa Bay Lightning.

Becky, Rob and Dave discuss how the Rangers bested the Canes, choose their series MVP’s, and also talk about why they’re optimistic about the Blueshirts’ chances against Tampa. As always, some great fan questions close out the show, along with some real-time commentary on Game 1 of the Western Conference Final as it unfolded.

Follow the show on Twitter at @BlueSeatsLive, and submit a question for the gang to answer on next week’s show.