Games 3 and 4 are Rangers must wins 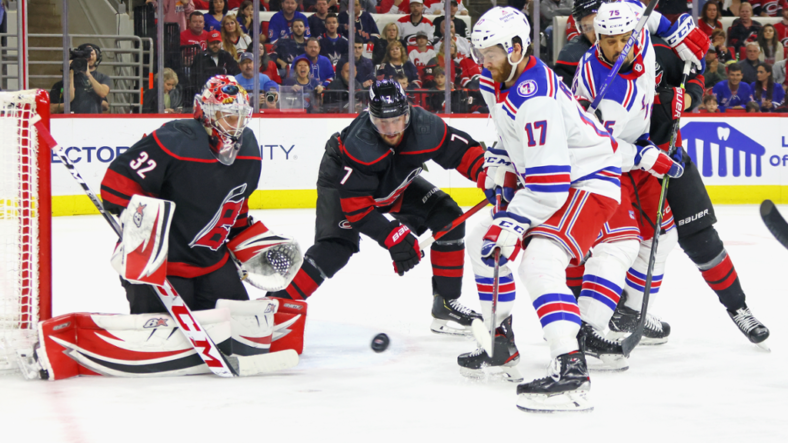 Game 3 is a clear must win for the Rangers

Despite the Rangers not ending their season if they lose today, they cannot, and I repeat, cannot fall down 3-0 to the Carolina Hurricanes. The Canes are too good to be beaten four in a row. This is a skilled, smothering team that is well coached and has been through the ringer a few times.

The Canes, however, are very beatable, The Rangers have played them very well defensively, slowing down their potent offense. But the Rangers themselves have been completely shutdown by the aggressive man-to-man play of the Canes.

Despite Game 3 being a clear must win to avoid the 3-0 hole, avoiding the 3-1 hole is just as important. These aren’t the Pittsburgh Penguins, and the Rangers also don’t have home ice advantage.

This Rangers team is never out of it, but coming back from two 3-1 deficits in back-to-back series is an extremely difficult ask of this team. They can never be counted out, but coming back like this in the later rounds as the teams get better isn’t the best recipe for success.

The Rangers must win the next two games on home ice to even the series if they wish to stand a chance in beating the Canes. It may not be a literal definition of must win games, but they are as close as they come.