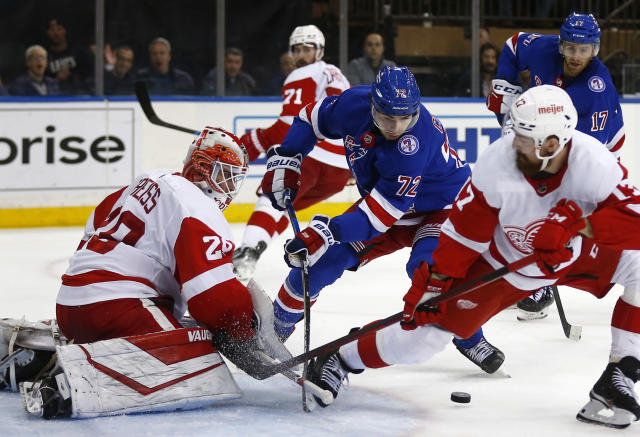 1. Who is the Rangers faceoff percentage leader this year? You guessed it – Chris Kreider.

2. Ryan Reaves has as many goals as Julien Gauthier (3).

3. You all know who the top five in scoring are. But who’s #6 on the Rangers in scoring? Yup. Jacob Trouba.

5. Tied for third in game winning goals behind Kreider (9) and Panarin (5)? Strome and Alexis Lafreniere with 4 each.

7. Kreider aside, the leader on the Rangers in even strength goals is Alexis Lafreniere (15).

10. Most major penalties? Jacob Trouba (6). That’s not surprising, but what is surprising is he’s double the next guy (Ryan Reaves – 3).