Are the Rangers a legitimate Stanley Cup contender? 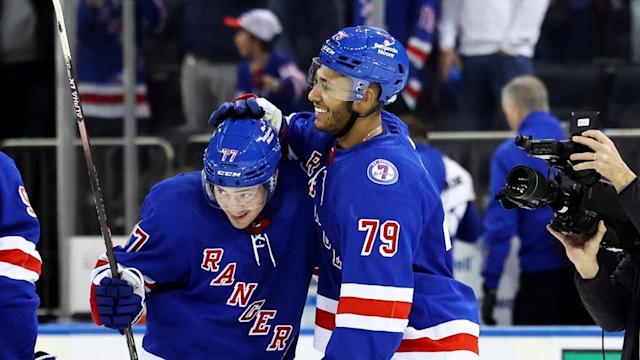 Are the Rangers a legitimate Stanley Cup contender? They have been on fire since the trade deadline, and outside of a stinker against the Devils have the look of a team who can make a deep playoff run. On this week’s episode of Live from the Blue Seats, Dave and Rob size the team up against their Metropolitan Division counterparts. While matchups against Pittsburgh and Washington seem favorable, the Carolina Hurricanes loom in round 2.

The other big issue is the play of Alex Georgiev, who has allowed 4 goals in each of his last two starts, and isn’t inspiring much confidence in him as a backup should Igor Shesterkin go down with an injury. Should the Rangers consider promoting Keith Kinkaid? Dave also quizzes Rob on some stats-based trivia, and the answers to some of the questions may surprise you. As always, the show concludes with a slew of fantastic fan-submitted questions.