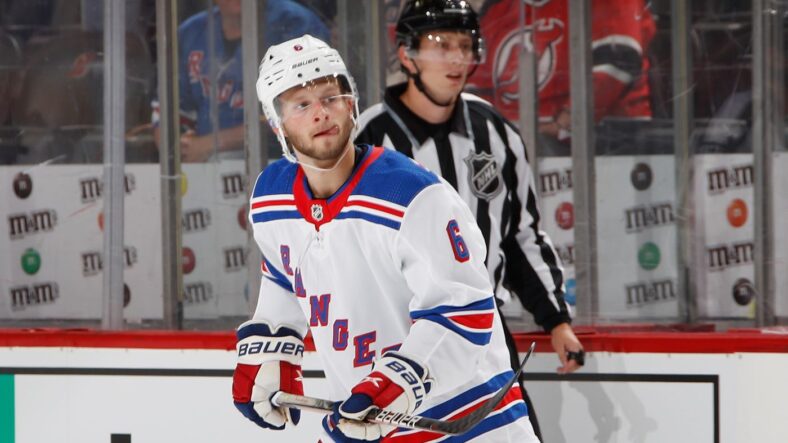 The Rangers have recalled Zac Jones and Jonny Brodzinski to the active roster. Lauri Pajuniemi, Nils Lundkvist, Tarmo Reunanen, and Tim Gettinger were recalled to the taxi squad.

Since Jarred Tinordi is not on this list, there’s an outside chance we get Jones-Schneider tonight. It’ll likely be Libor Hajek with Braden Schneider, but I like to have a sliver of hope here.

Brodzinski is likely a healthy scratch unless someone else from the forwards is out. We know Kakko is out, and with this it seems Chytil is out, but the Rangers still have 12 healthy forwards. Could just be an insurance policy.