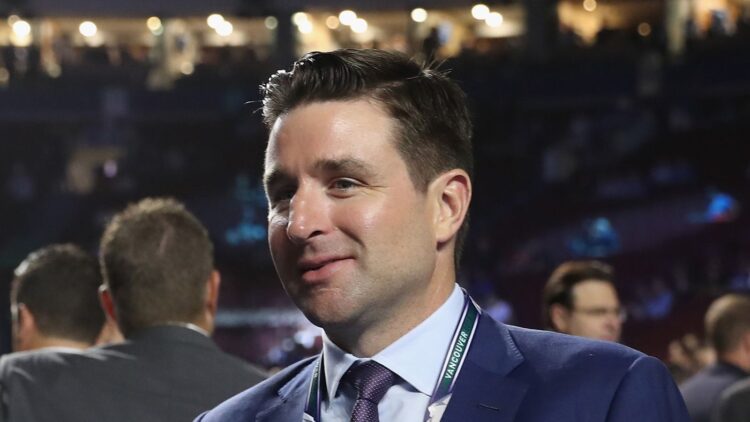 The Rangers are a very top heavy team, with five players over 30 points but just 11 total skaters in double-digit points. That’s when fully healthy. With the recent injuries to Kaapo Kakko –likely out until after the All Star Game– and Filip Chytil, the Rangers have just 9 skaters currently in the lineup with more than 10 points on the season, highlighting the Rangers injury depth concerns. Scoring depth has been a problem all year, as noted by the Rangers being “in” on every name that hits the trade market. Now with two of their top-nine out, the problem has been exacerbated.

The ball is now in Chris Drury’s court, as he looks to address the major scoring depth woes. The focus should be on adding players who can score at even strength, and do not have gaudy powerplay numbers influencing their stat lines. This is an important caveat, mind you, as the Rangers are not going to break up PP1, nor are they going to give PP2 more time. While having a solid second unit is important, it is not a driver to what the Rangers need right now. They need even strength scoring. This holds especially true in the playoffs, when refs swallow whistles late in close games.

The Rangers are not in a dire need to address the forward depth, in the sense that they need a near historic collapse to miss the playoffs. However they do have a dire need if they intend on making a run in the playoffs. Given the cap space and assets they have, this is a rare opportunity to go all-in and address these pieces. But for the Rangers to have their best chance at playoff success, Drury needs to act swiftly and decisively. As we’ve seen, Gerard Gallant is stubborn when it comes to his lineup and rarely makes changes. For the best lineup chemistry, the Rangers need these additions and/or subtractions to occur with as much time left to gel as possible.

This is easier said than done, of course. Even though the Rangers are connected to every name, few teams are willing to make moves right now. Vancouver, for example, doesn’t have a general manager. JT Miller, no matter how connected to the Rangers he is, likely won’t be traded until a new GM is named and has an opportunity to review what he/she wants to do. There’s still a chance Miller isn’t even traded.

The same logic can be applied to any other target the Rangers have been tied to, whether it’s Tomas Hertl, Ryan Carpenter, Jakob Chychrun, or whomever. Teams are in no rush right now, and for all we know Drury isn’t either. The only concrete thing we *think* we know is that Drury has an offer for Chychrun, of which I don’t think is a wise move. While it’s nice to see Drury moving on something, that doesn’t address the forward scoring depth issues.

Complicating matters is the current playoff race. Players like Joe Pavelski likely won’t be made available until the Stars are really out of the running. Ditto Paul Stastny in Winnipeg. Even some of our earlier targets like Rickard Rakell may not even be available anymore. Heck, even Hertl and San Jose are in the playoff hunt. For the Rangers, right now, it’s just Chychrun and Carpenter that check both boxes of being available right now and have been connected to the Rangers. Miller will likely get added to that list when Vancouver hires a GM, but a trade may not materialize until after the Olympic break.

Drury does play things close to the vest, so the number of leaks tying the Rangers to basically everyone are either coming from other teams, or are “insiders” spitballing. I think most of this is the latter. With Drury known to keep things tight, he may be working the phones already trying to mitigate this issue. He does need to make moves quickly though, as prices only go up at the deadline. The Rangers need help now.