NY Rangers Game 5: Make it three in a row 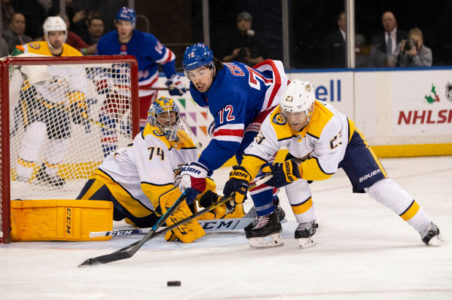 Don’t look now, but the Rangers have won two in a row and have points in three in a row. Tonight they have Nashville, who is not as good as prior seasons, and an opportunity to make it three in a row and points in four straight. Given everything that has happened off the ice, we are often forgetting that the on-ice product has been getting points.

The Preds aren’t as good as prior teams, but they still have some top heavy talent that can make the Rangers pay if they get complacent. However the Rangers are a better team, both on the ice and on paper. This has all the makings of a trap game.

Morgan Barron will get his first NHL game tonight, which is something to watch for.

Juuse Saros gets the start.

Crazy Prediction: Barron gets a point in his debut.