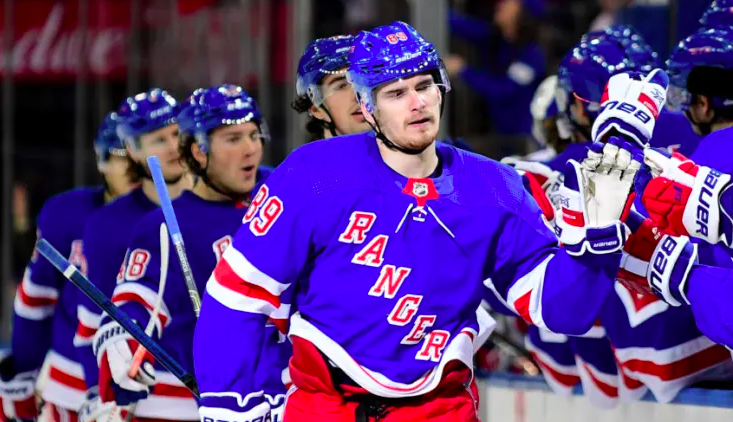 Before the 2021 season, the discussion about most under appreciated Rangers skater began and ended with Pavel Buchnevich, which was a big factor in prior report cards. Prior to this season, Buchnevich had only eclipsed 20 goals once and had never hit 50 points. This year changed all that, as his counting stats caught up to his #fancystats. In just 54 games, Buchnevich put up a career high 48 points (20-28-48). Over 82 games, that’s 30-43-73. So much for him not being a real top-six player, right?

The other great part about Buchnevich this season was the meme potential. I’m aware that it doesn’t impact anything on the ice, and we will get to that. But the Buchnevich memes, mostly from @BillTouspille, were just great. This was one of my favorites.

Happy Birthday to this guy, even though he’s rolling on a Saturday. pic.twitter.com/zp1EhD9nmR

Hey, it’s not always about hockey.

We all know the counting stats. And we all agree that he just looked much more consistent this season. The good news is that what we saw matched the on-ice production. 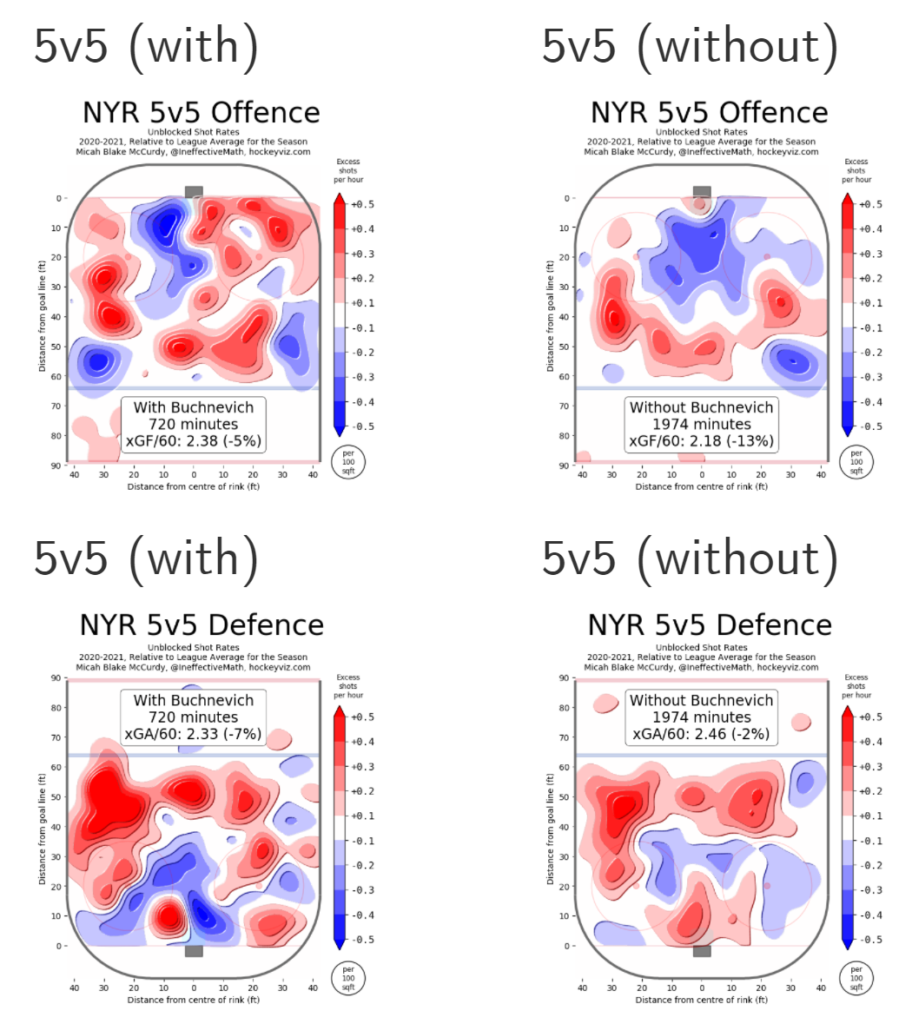 It is worth noting that like Zibanejad and Strome, Buchnevich also was below league average in xGF/60. The Rangers were still far better with him on the ice than not. I also looked at Panarin’s numbers briefly, and he had the same thing. When it’s this many top six players, you stop looking at the players and you start looking at the coach and the system. If it’s one player, it’s isolated. If it’s most, it’s a trend. And the Rangers have good players.

What I want to focus on is the defensive aspect, which has been largely underrated by Ranger fans for a few years now. Buchnevich had a great impact defensively, keeping the Rangers below the xGA/60 league average. The Rangers were worse without him on the ice as well, but the impact wasn’t that dramatic. 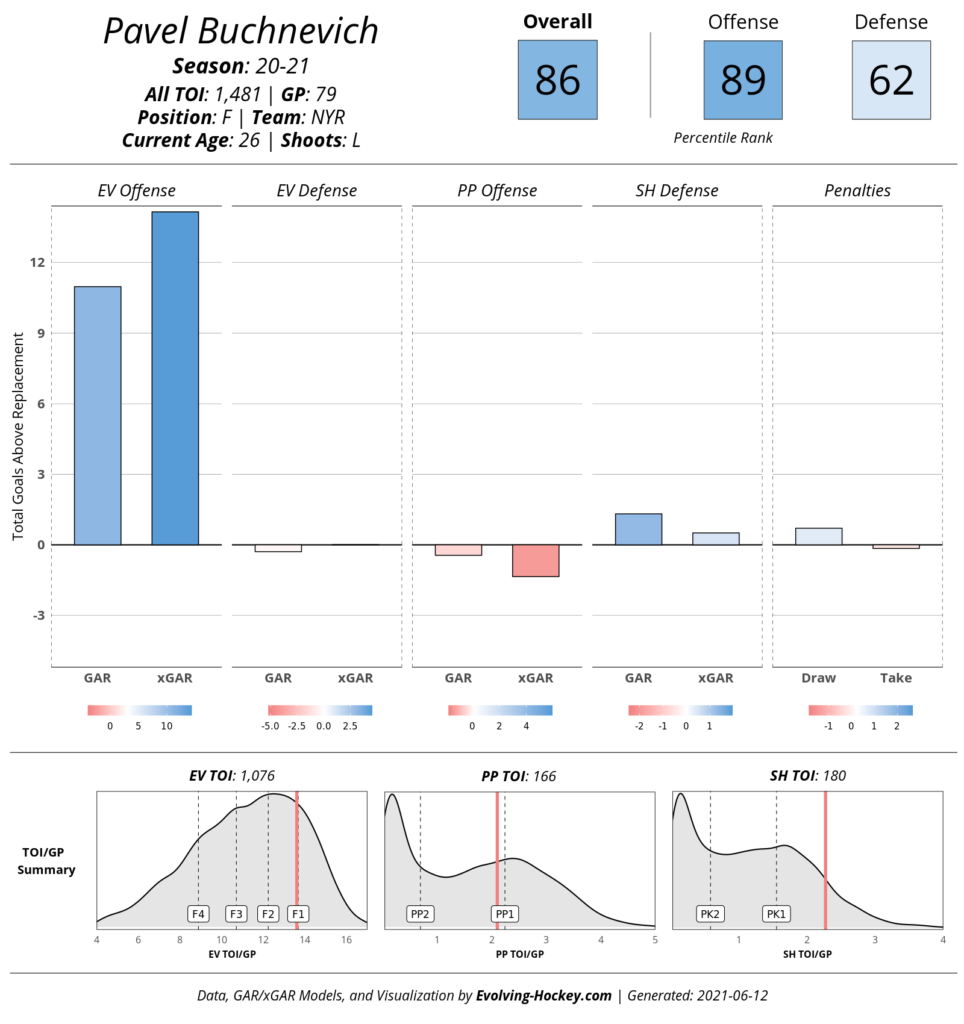 Buchnevich’s xGAR impacts are interesting to see, as it does suggest negative impact defensively. So why the difference? I think it’s because of how the Rangers didn’t really limit quantity against too well. They were generally ok with limiting quality, at least until the end of the season, but quantity was always a problem. This may be systems related. It certainly paints a fuzzier picture of his defensive impacts.

So why contradict myself? Because it’s not about a story, it’s about using what we have to get as clear a picture as possible. There’s clearly more nuance to Buchnevich’s defensive game. Assuming he’s with the Rangers next season, and it’s Gerard Gallant, then I look forward to seeing what a more aggressive defensive system does.

Buchnevich’s final grade is pretty easy to determine. Like Strome, there weren’t glaring issues to his game. He was steady, consistent, and there’s a solid argument that legitimate powerplay time would have been a boost to his scoring line. He wasn’t on PP1, and he still put up career pace numbers.