The Rangers have a one goal game problem 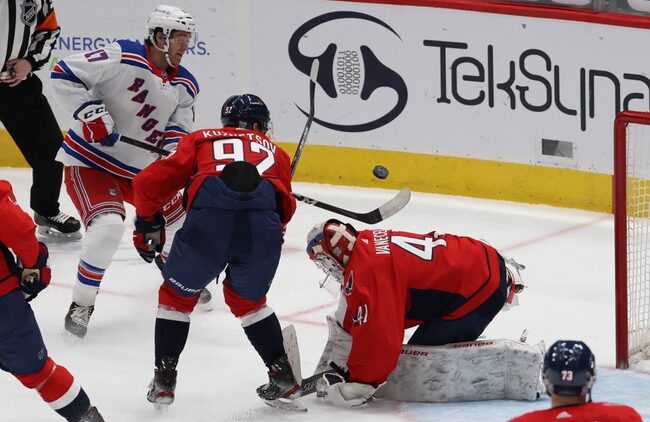 After the public humiliation of the Flyers, many thought last night’s game against the Capitals would be much tougher for the Rangers. The Capitals are tops in the division and have scored the most goals in the division as well. Though the Rangers played well throughout the game, that was erased in a span of 3 minutes. The Caps got two goal mouth goals from Alex Ovechkin off of a rebound and a fortuitous bounce, and went home with the win. It was another of those one goal games for the Rangers that ended in a loss.

These have been a trend for the Rangers this year. To date, their record in one goal games is 3-6-4 or just 3-10 as a straight win-loss record. How different would we as fans be talking about this team if that record were say 7-2-1? Or even just .500? This season has been a struggle when it comes to the one-goal game. This could be a total fluke and next year the Rangers could be well above a .500 record in these games as they get more experienced. Talent wins of course, but this game, no matter what analytics say, no matter what eye test says, is a game of fortuitous bounces a bit of puck luck.

I mean it when I say I’m happy with the type of hockey the Rangers tend to play of late. They are one of the better defensive teams in the league, have an underrated mobile and offensively balanced blue line, and of course we get to cheer for Artemi Panarin night in and night out. It doesn’t mean though that the frustrations that come out naturally from watching this team game after game aren’t misplaced either.

We’ve seen what this team can be when they’ve played their better games. They can be well balanced and elite defensively. Now if only that could be every night, or at least more than once every four games or so. We might be looking at an actual playoff team this season. Games against opponents like the Capitals, Islanders, or the Bruins really show whether this team is close to making the jump. These are the best teams in this division.

Though the Rangers are 6th in the East Division, this team is closer than we think in the bigger picture. It begins with turning this goal scoring trend around hopefully as soon as next year. At mid-way through the season, hopefully the team starts to put the kids in more positions to grow since very soon it won’t be about “winning games”. At some point, finding ways to win matters, as these one goal games are going to grow for the Rangers. To take the next step, they need to win these.