With Jesper Fast with Carolina, the second line RW spot appears to be Kaapo Kakko’s to lose. Kakko was one of the Blueshirts’ stronger skaters in their August hockey cameo. However Kakko did struggle for most of his rookie season. It appears to be a tale of two players. Which one will the Rangers get next season?

Make no mistake, a part of Kakko’s struggles last year were due to fatigue. He played almost two full years without a break. The four months off from March to July gave him that extra boost, and it showed in the short playoff stint.

The NHL is a faster league. The defense was all over him and he didn’t have time to make a play. We saw that begin to change against Carolina. The narrative was Kakko was “more decisive.” In actuality, he was receiving the puck with his arms outstretched, a far better position to make a quicker read and decision. It was a functional change to his game.

It’s only Kakko’s second season, so it’s safe to assume the changes made to his game will stick. However we should expect Kakko to sometimes dip into old habits. The question is: How often?

The big change is going to be building on receiving the puck further away from his body. Kakko likes to accept a pass and then circle to the high slot. Ideally, he does this in one motion, skating into the pass and cutting to the slot in one motion.

The full season numbers for Kakko are rough. Very rough. 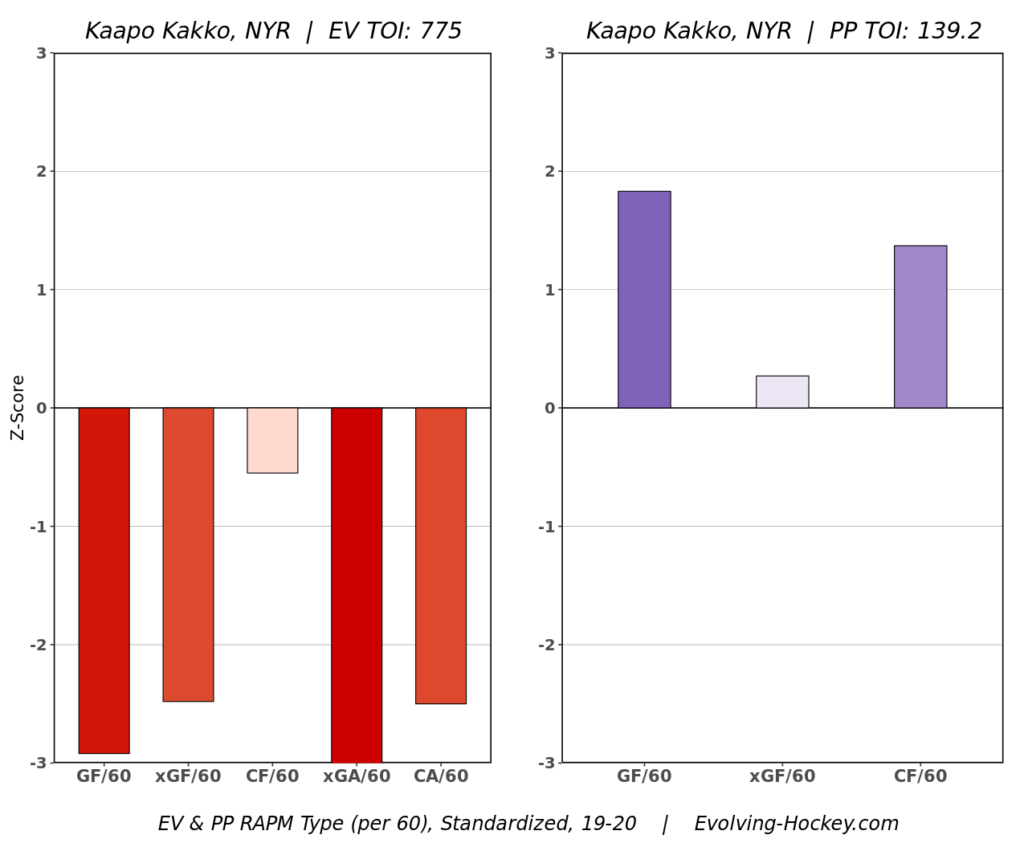 This is very not good. However as noted above, there were a few factors here. The slight changes to his game and some actual rest should help his performance next season. Being separated from Brett Howden should help too, but that’s a minor piece.

Kakko has too much talent to repeat his poor rookie season performance. Getting him legitimate talent on his line should help him get more comfortable in the NHL. The numbers don’t show it yet, but with those few adjustments, Kaapo Kakko should be ok on the second line.