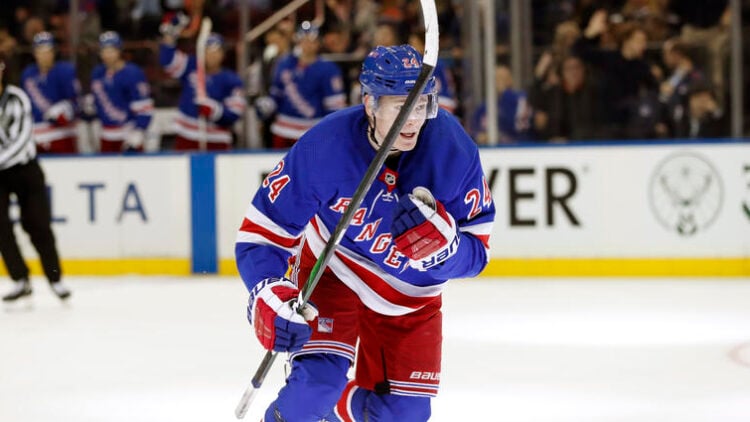 Kaapo Kakko is struggling. He has not taken the NHL by storm, led the league in scoring, and is not leading the Calder race. He is not even the best rookie on the team, as those honors go to Adam Fox. It’s clear he’s struggling, but why?

First things first, labeling the 18 year old as a bust is beyond silly. He’s 18 and adjusting to a new country and a new league. Everyone struggles who isn’t Connor McDavid. So, let’s back off the ledge, ok?

First let’s look at the numbers. Kakko currently has a line of 7-10-17 in 47 games. That averages out to 12-17-29 over 82 games. His season-long underlying numbers aren’t exactly stellar though (numbers are even strength from Natural Stat Trick, for forwards that have played at least 200 minutes). In fact, they are downright bad.

Even Brett Howden has better defensive numbers than Kakko. So it’s clear the kid is struggling. But as you know, trends matter. We’ve been stressing this for a while now. So let’s see how he’s been playing lately. 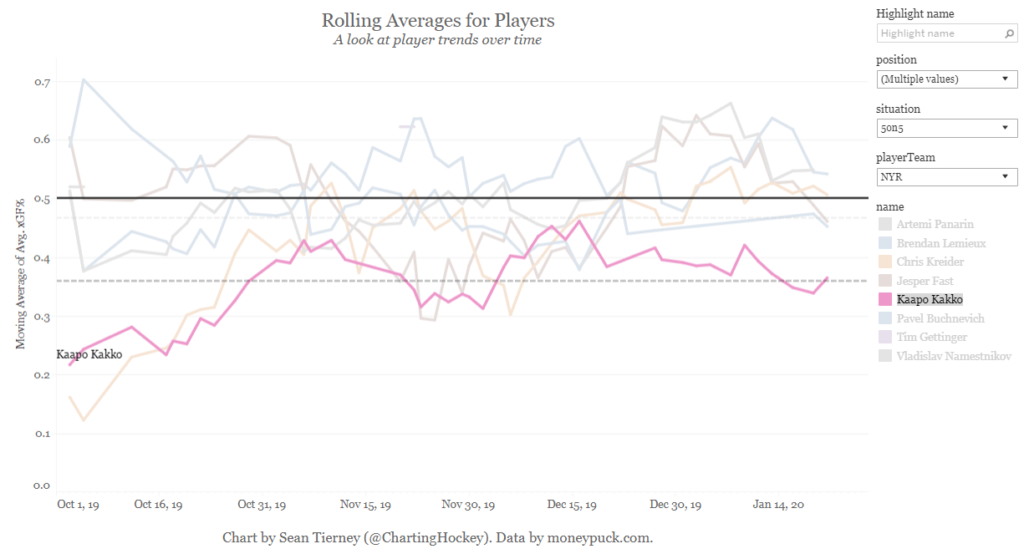 Kakko’s season-long numbers are definitely weighed down a bit by a horrendous start, but he’s also worst among wingers in his recent trends as well (above is xGF%). So it’s not like he’s trending any better either. It’s not worth it to dive into even more numbers – he’s been struggling. And what the numbers show is what we’ve seen too. But why is that?

Let’s look at his style of play. Kakko is a playmaker who is used to a bigger ice surface. Overseas, he had more time to work with to make plays, read the ice, and determine the best play to make. Now on the smaller surface with better quality opposition, he has far less time to make his decisions.

While the fast game/ice surface is certainly a concern, it is not the main driver. Kakko’s style again is as a playmaker, so when he receives passes he is looking not to get a quick shot, even if he’s in a shooting location. This is evident in how he receives the pass, and it is something @ctmcnelis has pointed out that has piqued my interest.

What @ctmcnelis has noticed is Kakko receives the puck close into his body with his hands in tight and his shoulders perpendicular to the boards (back to the net). It’s a more passive approach which has fit his style of play for a few years now. When he has time, he’s able to move the puck from the receiving position out in front while circling to the high slot for a chance. The problem is he doesn’t have that opportunity in the NHL. By the time he receives the pass and begins to move, the defense is all over him.

It’s a slight adjustment, but it’s a safe assumption that the coaching staff will work with him to receive passes with a more aggressive approach in mind. That doesn’t necessarily mean one-timers, but receiving the puck with his hands and body in a position to both make a quick pass or fire a quick shot. This means hands a little more outstretched, power hand a little lower on the stick, and body position facing the opposite boards, not with his back at the net. It’s all about receiving the puck in a position to shoot, but keeping options open.

For Kakko, it’s more than just numbers and him “needing to improve.” There’s nuance to his game and even the slightest adjustment, such as how he receives a pass, can make a world of difference.