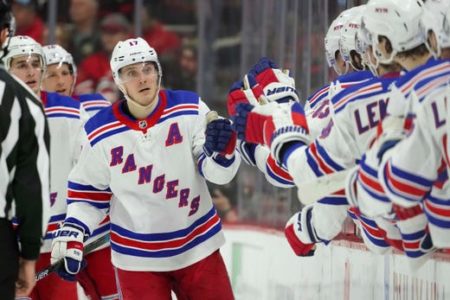 Another long time Ranger has departed. Jesper Fast has signed with the Carolina Hurricanes for three years at a $2 million cap hit.

The rule of thumb is don’t spend big money on bottom-six players. But unless there is a bigger plan in place here, replacing Fast is going to be difficult. You can’t keep everyone. Allowing Jesper Fast to go to the Hurricanes for as little as that seems foolish.

There has to be something else at play here. Perhaps it is a trade for a bigger contract, in which the Rangers needed the extra $2 million in cap space. That said, signing Kevin Rooney, Colin Blackwell, and Anthony Greco had no impact on Fast’s decision to leave.