It’s official. The Rangers have signed Jack Johnson to a one year contract with a $1.15 cap hit. Johnson, recently bought out by the Penguins, is a body the Rangers can plug in on the left side. The Rangers had rumored interest earlier this afternoon.

Jack Johnson agreement with the NYR when complete, expected to be 1 year, just over $1 mil.

Johnson is 33 years old and certainly fits the “need” for an “experienced” defenseman. But that’s really it. You’d be hard pressed to find an argument for signing him that didn’t include “experience” or something along the lines of JD and Jacques Martin have familiarity with him. 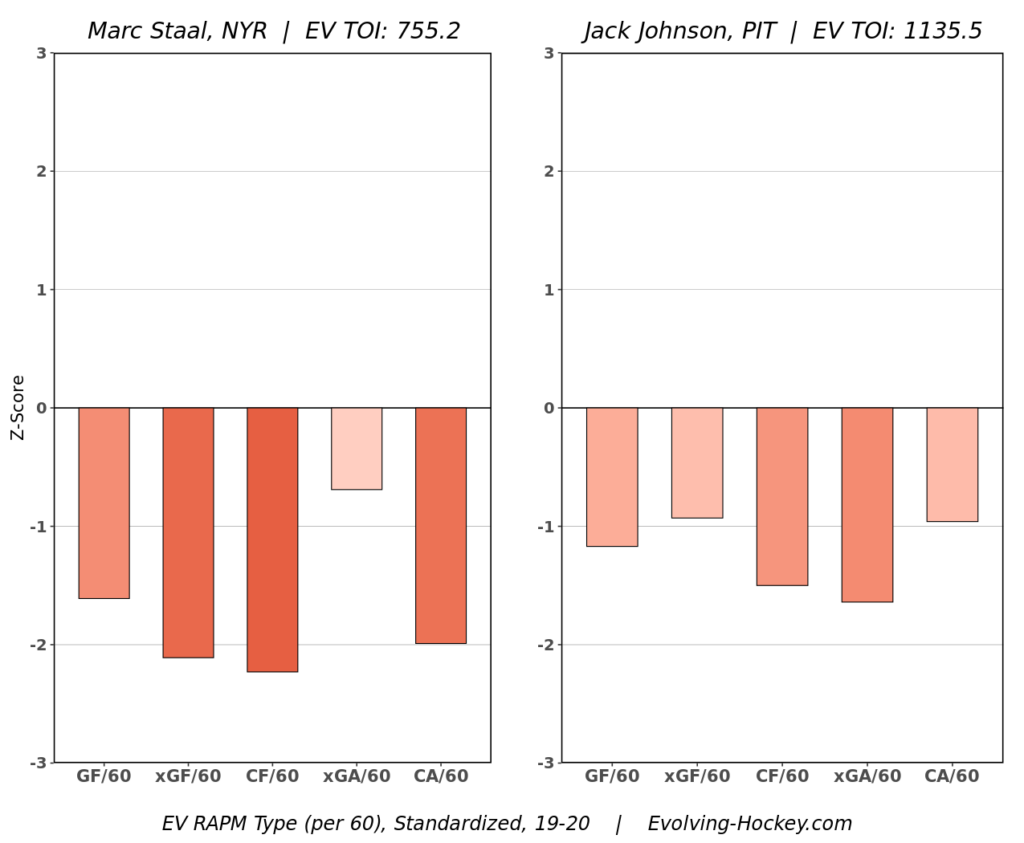 If you’re expecting Johnson to be anything more than a bottom pair defenseman, then don’t hold your breath. He’s in the same category as Marc Staal, albeit for far less money.

The Jack Johnson contract with the Rangers is looking like a reclamation project. He will certainly be in the lineup on opening night.